Over the course of the past three years, RMF’s CNEs have helped thousands of children recover from malnutrition. Some times these cases are easy to handle: the CNE diagnoses a child, refers them to treatment, and the family agrees to do everything they can to help their child. Often, however, there are too many challenges for these families to overcome to give their child the treatment they require.

Right now in Madhya Pradesh, the only treatment option for children suffering from Severe Acute Malnutrition (SAM) is a 14 to 21 day stay in a Nutrition Rehabilitation Centre (NRC), located at central facilities outside of villages. In addition to the child, a primary caretaker, such as the mother, has to also stay with the child for the duration of their treatment. With responsibilities at home, work required in the fields for agricultural livelihoods, the care of other children, and a high level of migration for work during the dry season, it is extremely difficult to convince parents to take their children to the NRCs for this care.

Last week, in Lehkavar village in Alirajpur, RMF’s CNE Gendha showed us three children that had recovered because of her personal efforts. As we approached their homes, the children ran to Gendha to greet her, calling her “Didi” (Auntie). 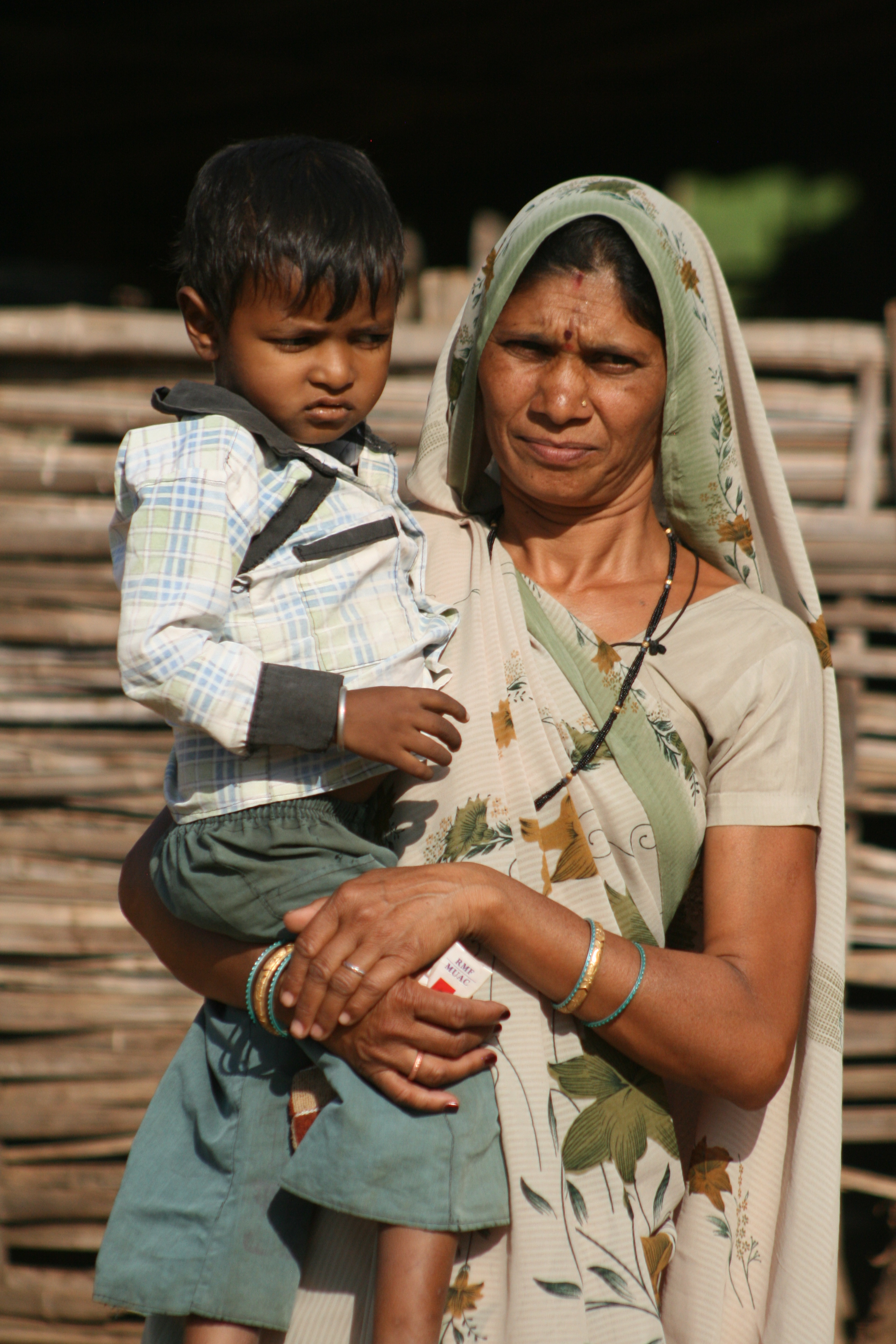 Suresh is a 3 year old boy Gendha identified over a year ago with SAM. He also presented with bilateral pitting edema, a serious complication in SAM children in which the arms and legs swell from fluid. He was immediately rushed to the NRC and treated for 14 days, where he recovered. However, due to seasonal illnesses and many siblings, Suresh kept relapsing into SAM and hovering on the brink of severe illness. Gendha continued to follow up with him, admitting him to the NRC for a second time to stabilize his condition. Today, Suresh has recovered fully, and Gendha monitors him closely in constant communication with his family. 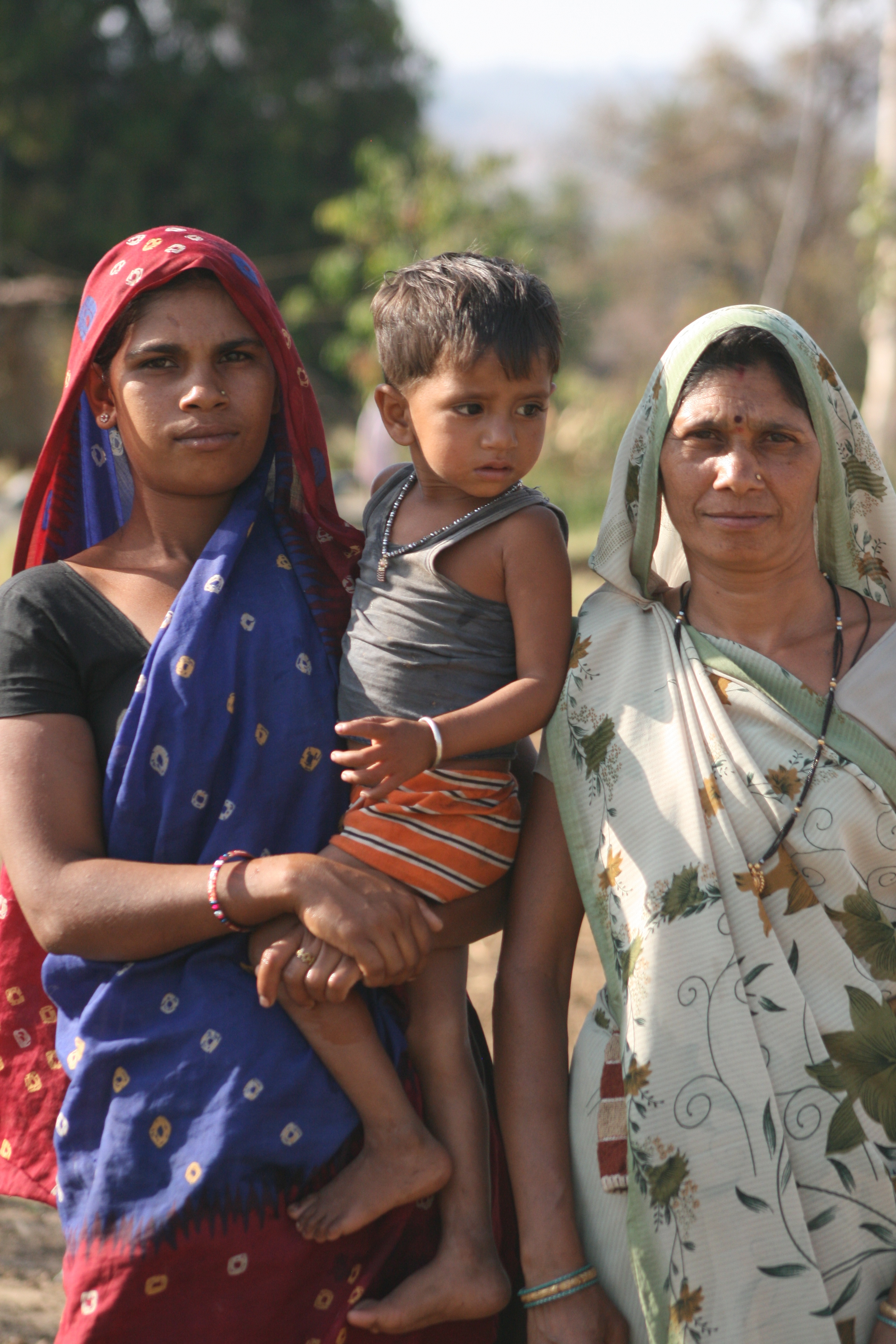 Photo: Gendha with Nehru and his mother

Nehru is 2 years and 3 months old. Six months ago, Gendha first identified him with a low Mid-Upper Arm Circumference (MUAC) – RMF uses MUAC, a simple tool to diagnose SAM and MAM in which the left arm of the child is measured, if the measurement is below 11.5 cm the child is SAM – and noticed that he was unable to walk. However, because of work obligations at home, his mother was not willing to spend the time in the NRC. Gendha visited the family three times, each time stressing the need for the child to get treatment. Finally, on the third visit, Nehru and his mother went to the NRC. Once there, his mother still did not want to stay, continuously calling Gendha telling her they needed to return home to help with the family harvest. However, Gendha was able to counsel them to stay, and Nehru is now walking and energetic having recovered from his malnutrition. 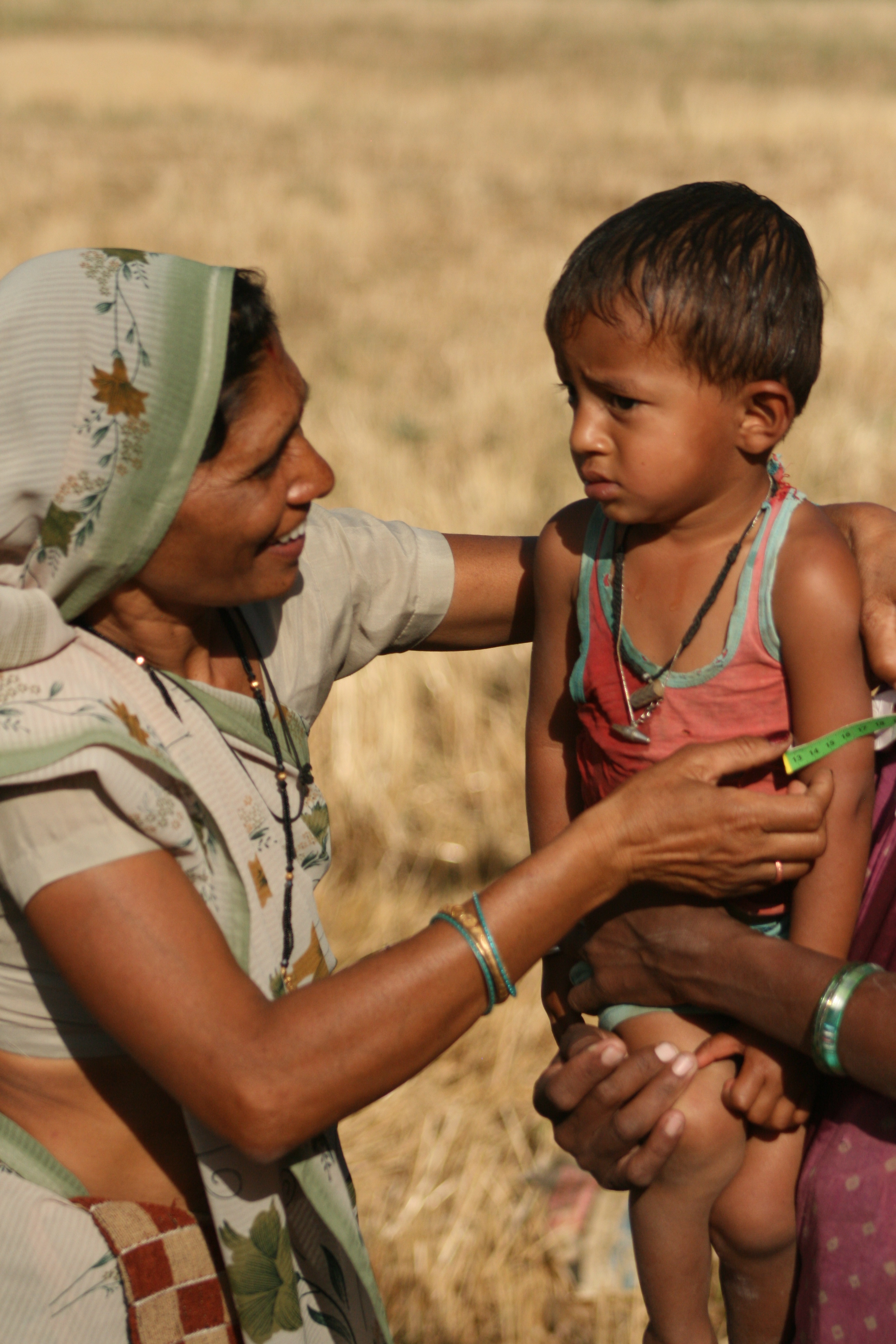