To reduce the prevalence of underweight children under 5 years old and to reduce child mortality from malnutrition by strengthening communities and village level government facilities’ capacity to identify, treat, and prevent malnutrition.  This project aims to prove that a holistic, decentralized, community-based approach to malnutrition eradication will have better health outcomes, be more inclusive for children under 5 and will be more cost-effective in the long-run than centralized approaches, especially for rural, marginalized tribal communities.

This project empowers communities through health literacy and connects rural communities with the government health and nutrition services available. 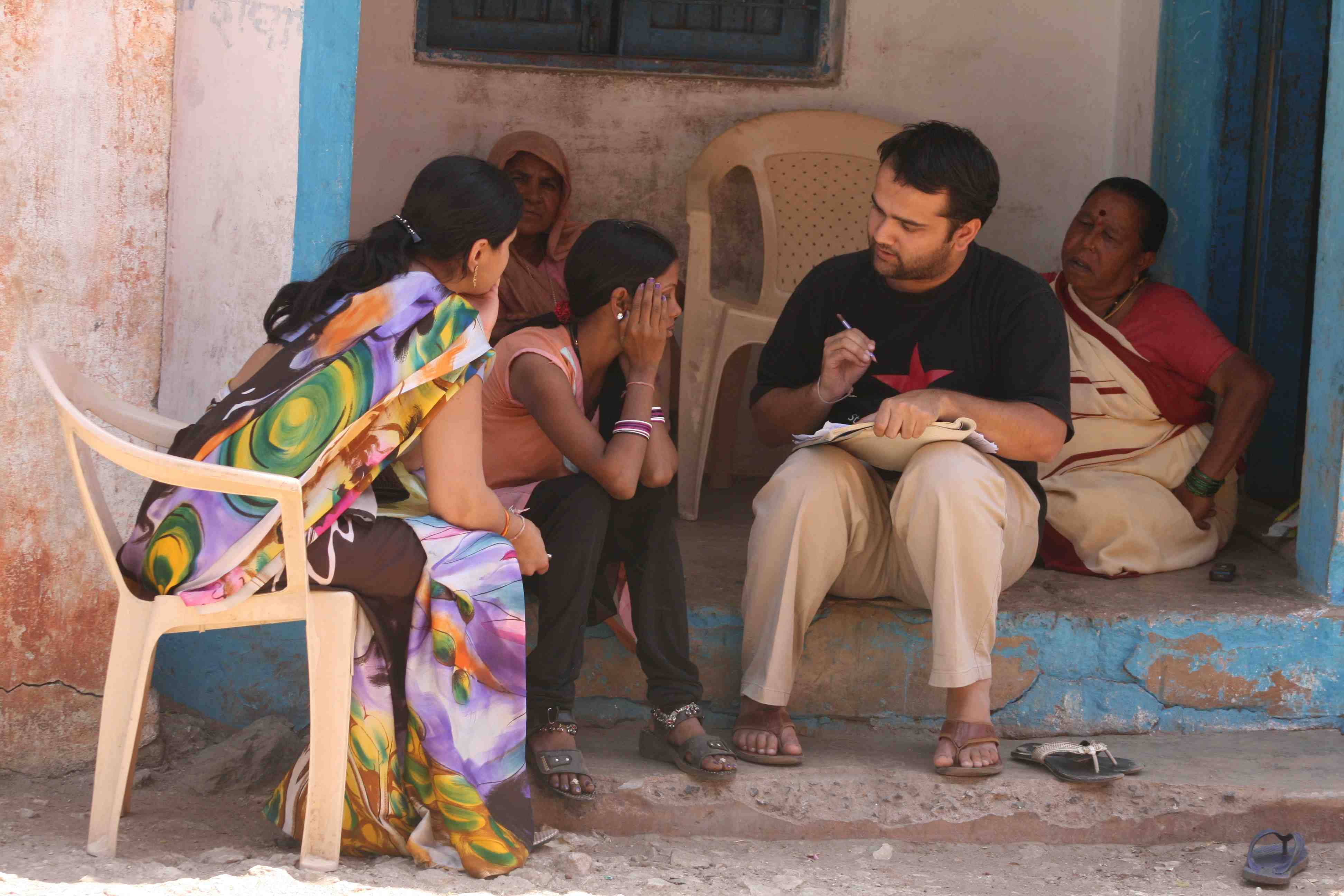 In Year Three of this program, RMF does not just act as a catalyst mobilizing communities to the resources available, but also works on a more intimate level with government health and nutrition workers and Village Health and Sanitation Committees to help build their capacity towards social mobilization, referrals, and provision of effective nutrition counseling.  Throughout this year RMF will gradually transfer the responsibilities of our CNEs to government supervisors and Anganwadi workers, helping integrate RMF’s work into the government framework to ensure long-term sustainability.

Project Objectives during this reporting period:

During the Second Quarter of 2013, RMF’s Malnutrition Eradication Program continued to be a strong presence in Madhya Pradesh (MP). After 3 years of operations, RMF conducted a door-to-door survey across 600 villages to gauge the impact of our first program cycle.

In 2010, RMF collected baseline data in all of our target villages. This survey, the first of its kind, provided a starting point to assess our program’s impact. Our endline survey will allow us to see the impact of our program, not only in terms of levels of malnutrition in our target villages, but also how effective our counseling and targeted messages to mothers and communities have been.

During the survey, each CNE collected:

The nutritional status of every child under 5 years of age in their villages
The diet of the family, including complementary foods given to children in addition to breast milk 6 months after their birth
Access to government services, including public health facilities and, most importantly, nutritional support from the Anganwadi Centre through the Integrated Child Development Scheme (ICDS)
The status of each Anganwadi Centre in across 600 villages, including their supplies, readiness, and number of children enrolled.

Once this data is analyzed, RMF will be able to compare the current malnutrition levels and knowledge levels against the 2010 data. 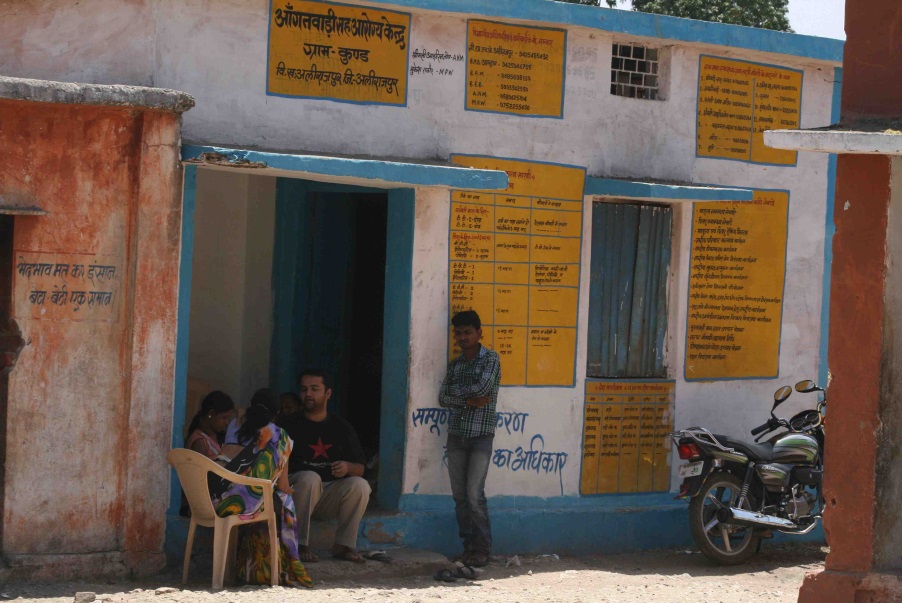 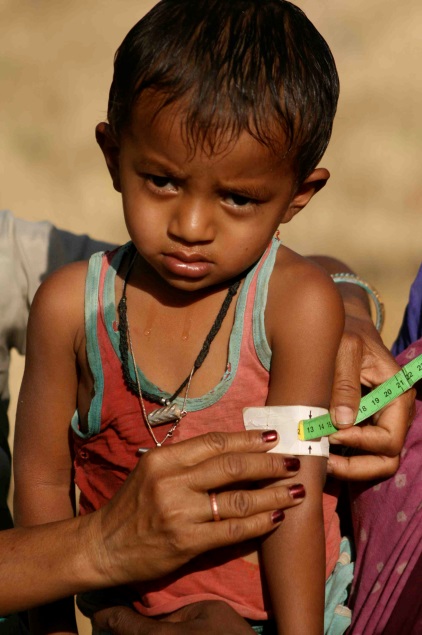 MUAC assessment of a child in Alirajpur

In parallel, RMF management staff also worked diligently towards securing the permissions required for the upcoming CMAM (Community Based Management of Acute Malnutrition) pilot using Ready to Use Therapeutic Food (RUTF) for community based treatment of malnutrition in our target villages.

As part of our continued partnership with the Madhya Pradesh Department of Women and Child Development (WCD), RMF participated in two meetings as a member of the Madyha Pradesh Technical Steering Committee on CMAM.

On April 15, the committee met and:

With RMF’s input, these protocols and tools are becoming part of state policy.

On May 17, a larger stakeholder consultation was held with the Principal Secretary of Women and Child Development. During this meeting:

The following day, May 18, another technical meeting was held to:

While production timelines have yet to be finalized, significant progress of protocols and other policies has moved forward. In addition, in August 2013, a final stakeholders meeting will be held to finalize the agreements and timelines for production, and RMF will begin initial fieldwork in Q4 2013.

In addition to the policy discussions and meetings, RMF and other CMAM partners held an Orientation on CMAM in Khandwa on June 4-6. During this orientation, RMF’s master trainers, along with representatives from Valid International and Vikas Samwad, introduced the CMAM approach to different NGOs conducting CMAM pilots. In total, there will be four CMAM pilots in MP, with RMF’s being the largest, covering a total of 6 districts.

During this program, trainings were held on:

Although a review for RMF staff, who has already been trained on most CMAM protocols in 2011, this orientation session provided a good review ahead of the pilot. In addition, it also allowed the master trainers to identify areas where more training is required, and also test some of the materials to be used in CMAM.

Photos of the orientation session: 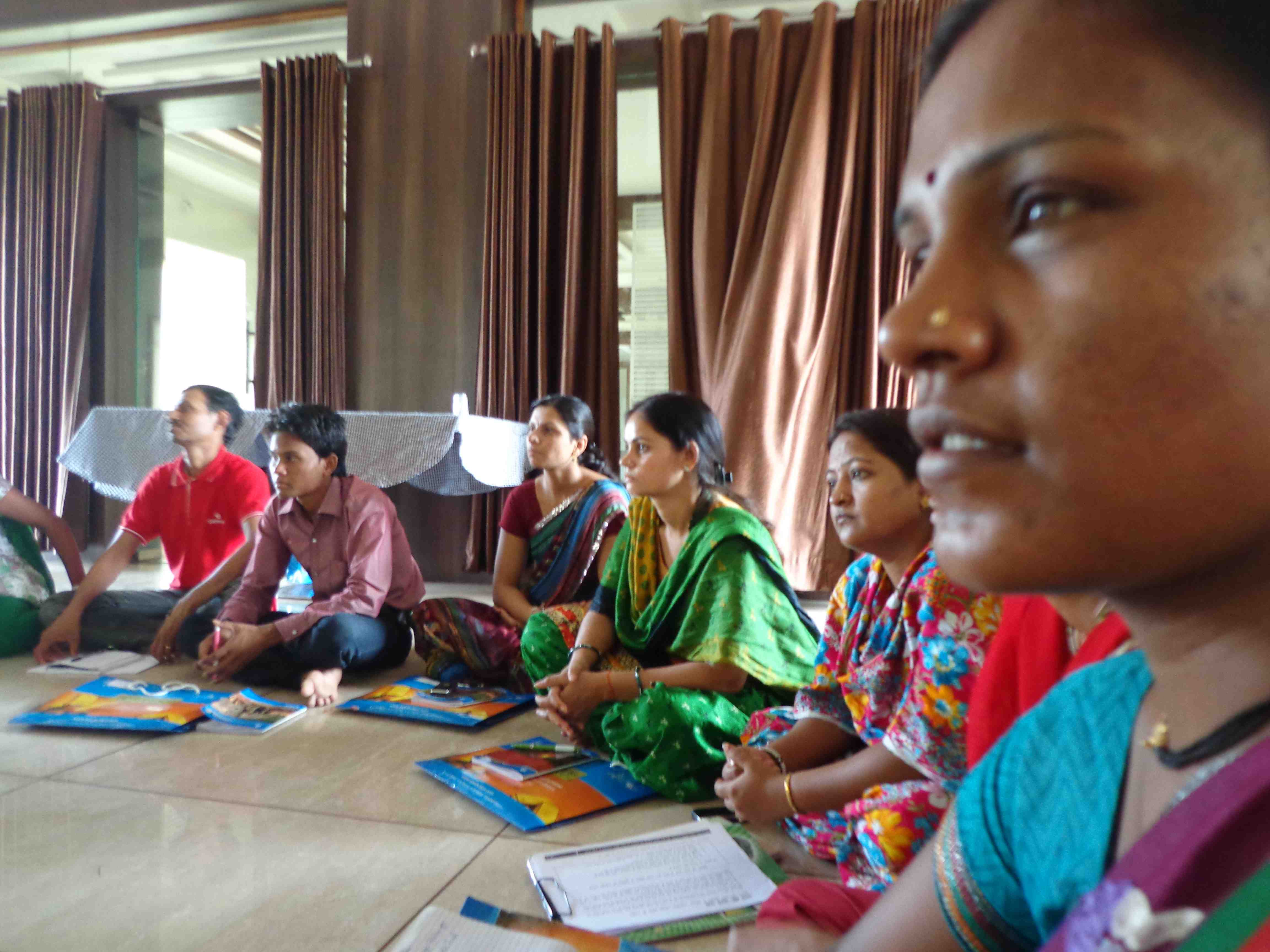 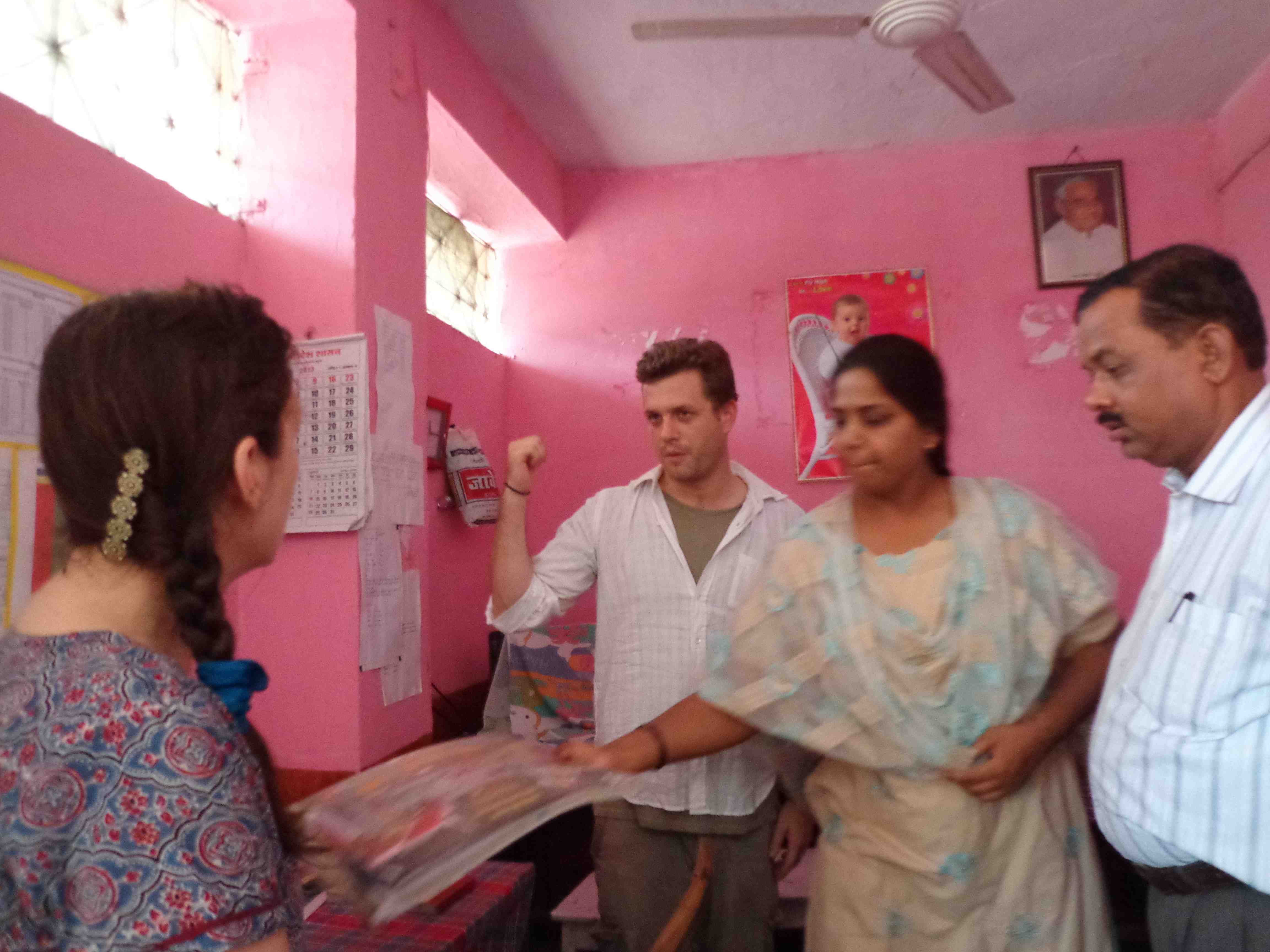 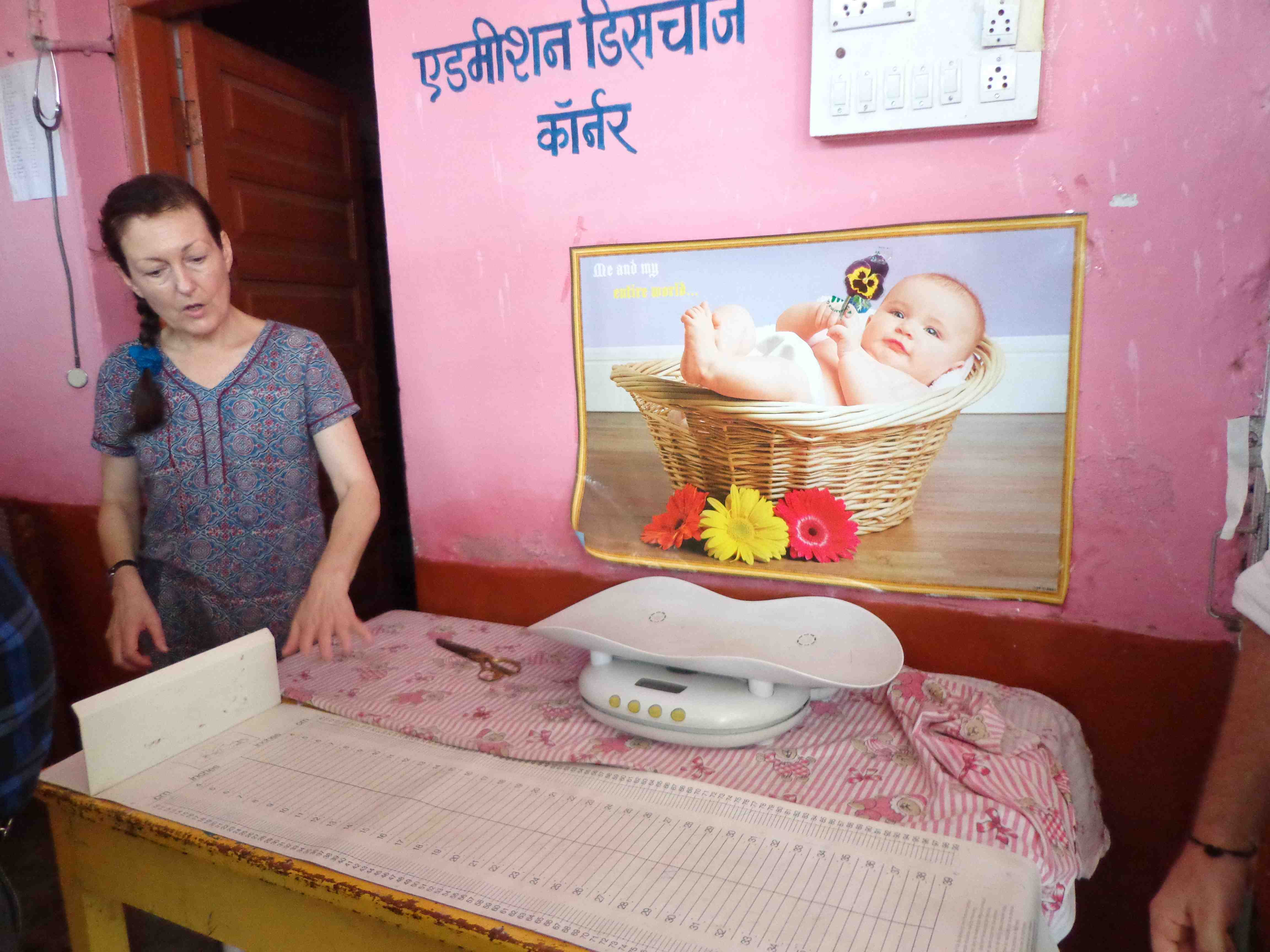 During this quarter the Malnutrition Eradication program:

Impact this project has on the community:

Since our program began in 2010 this program directly impacted:

Over the course of the past three years, RMF’s CNEs have helped thousands of children recover from malnutrition. Some times these cases are easy to handle: the CNE diagnoses a child, refers them to treatment, and the family agrees to do everything they can to help their child. Often, however, there are too many challenges for these families to overcome to give their child the treatment they require.

Right now in Madhya Pradesh, the only treatment option for children suffering from Severe Acute Malnutrition (SAM) is a 14 to 21 day stay in a Nutrition Rehabilitation Centre (NRC), located at central facilities outside of villages. In addition to the child, a primary caretaker, such as the mother, has to also stay with the child for the duration of their stay. With responsibilities at home, work required in the fields for agricultural livelihoods, the care of other children, and a high level of migration for work during the dry season, it is extremely difficult to convince parents to take their children for this care.

During her endline assessments, RMF’s CNE Gendha showed us three children that had recovered because of her personal efforts. As we approached their homes, the children ran to Gendha to greet her, calling her “Didi” (Auntie).

Suresh is a 3 year old boy Gendha identified over a year ago with SAM. He also presented with bilateral pitting oedema, a serious complication in SAM children in which the arms and legs swell from fluid. He was immediately rushed to the NRC and treated for 14 days, where he recovered. However, due to seasonal illnesses and many siblings, Suresh kept relapsing into SAM and hovering on the brink of severe illness. Gendha continued to follow up with him, admitting him to the NRC for a second time to stabilize his condition. Today, Suresh has recovered fully, and Genhda monitors him closely with constant communication with his family. 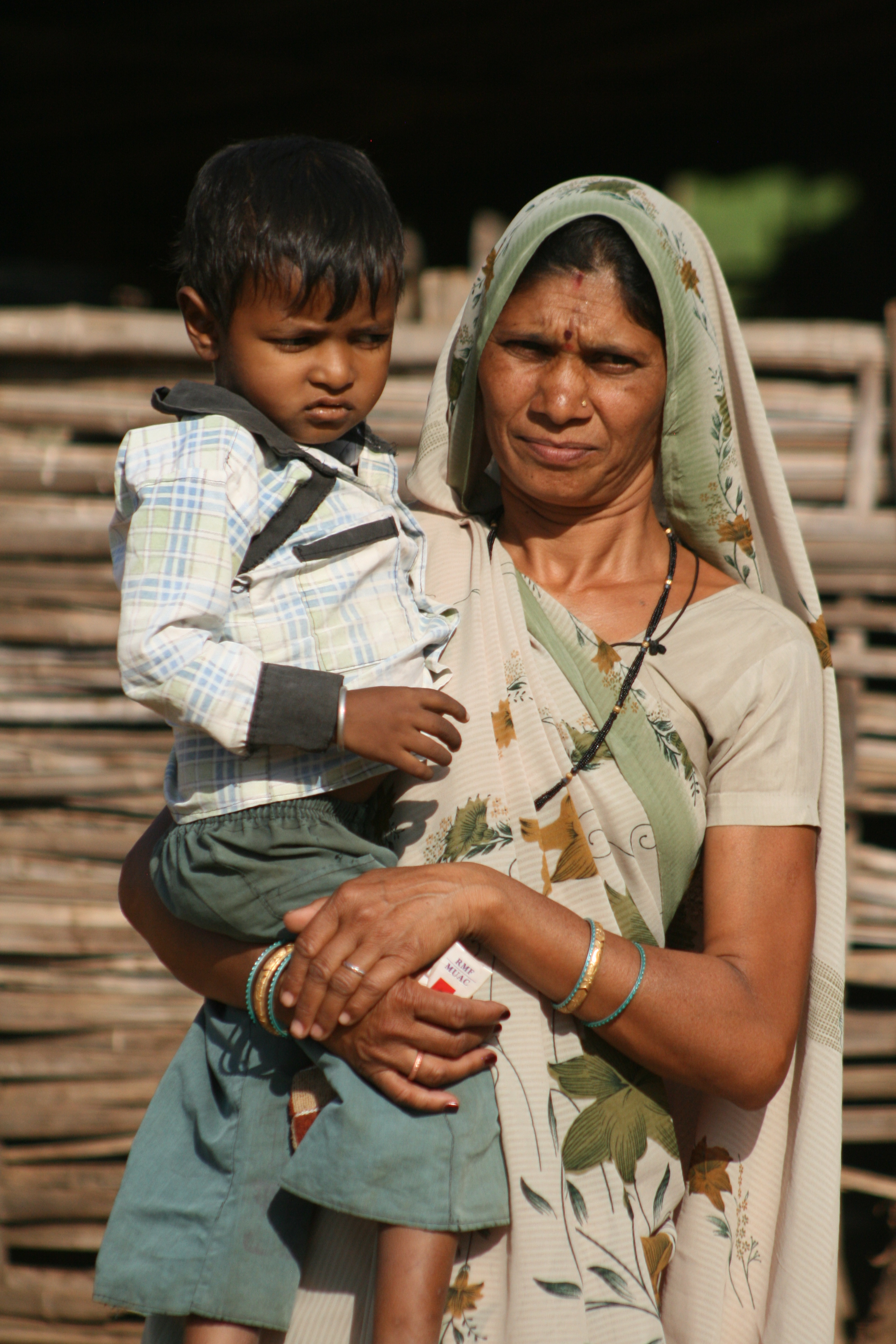 Nehru is 2 years and 3 months old. Six months ago, Gendha first identified him with a low Mid-Upper Arm Circumference (MUAC) – RMF uses MUAC, a simple tool to diagnose SAM and MAM in which the left upper arm of the child is measured – if the measurement is below 11.5 cm the child is SAM – and noticed that he was unable to walk. However, because of work obligations at home, his mother was not willing to spend the time in the NRC. Gendha visited the family three times, each time stressing the need for the child to get treatment. Finally, on the third visit, Nehru and his mother went to the NRC. Once there, his mother still did not want to stay, continuously calling Gendha telling her they needed to return home to help with the family harvest. However, Gendha was able to counsel them to stay, and Nehru is now walking and energetic having recovered from his malnutrition. 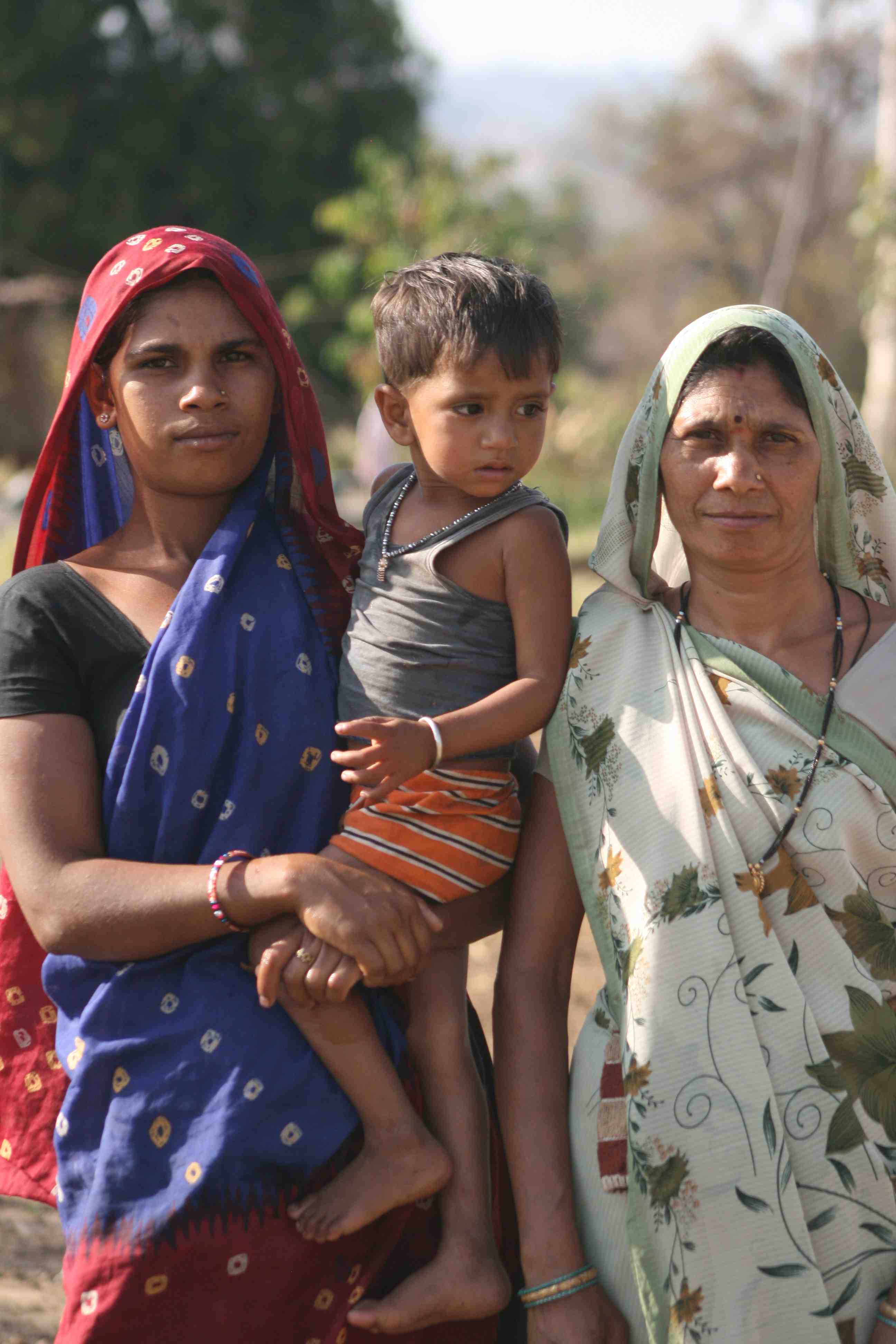 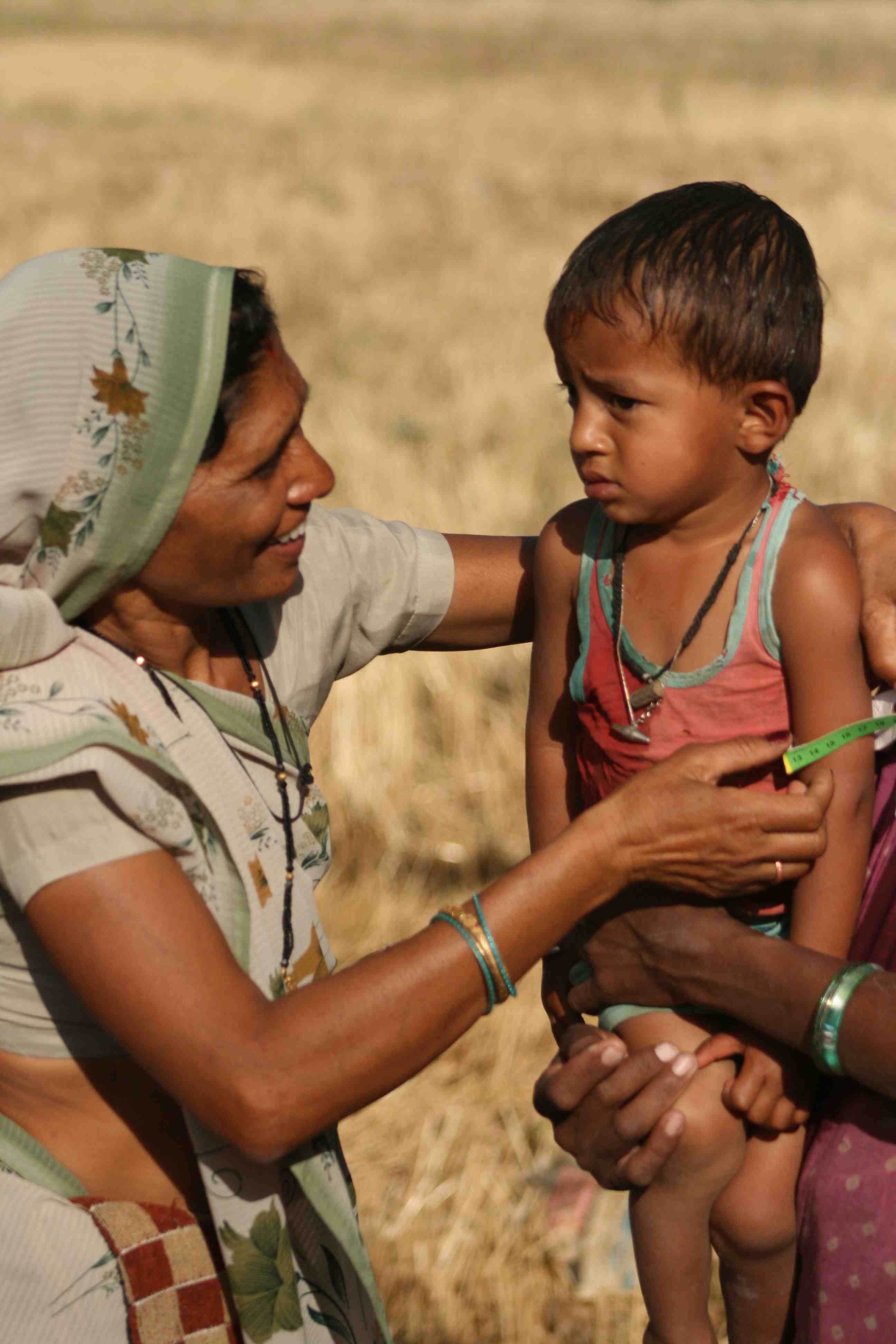