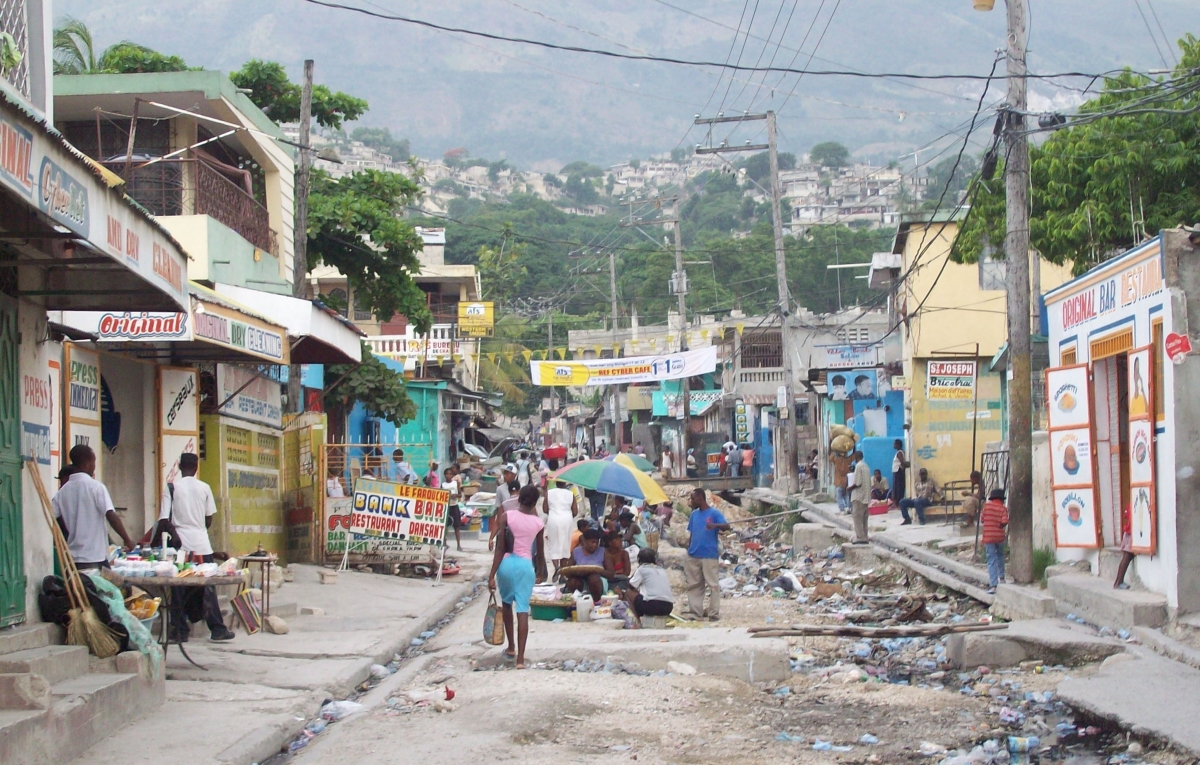 Highlights
• The number of cholera cases nationwide continues to decrease. The number of cases in Northeast, Centre, Port-au-Prince, North, Northwest, Artibonite, West (except Leogane-Gressier), South, Grande Anse and Southeast departments are stable or decreasing. However, cases in Nippes and West (Leogane-Gressier) are increasing (although only slightly in the West).
• The continued decrease of cholera cases together with the phasing out of health actors from cholera treatment facilities has raised concerns about the capacity to cope with a potential increase in cases during the upcoming rainy season. The impact on the health sector is important given that the management of the cholera outbreak has been highly dependent on the support of foreign health organizations. A gap analysis is underway to identify potential risk areas and to sensitize donors to maintain their support to the cholera response.
• An independent evaluation mission has arrived in Haiti to assess the efficiency and effectiveness of the coordinated national and international response to cholera, both in terms of immediate and medium term impact. The results will assist the MSPP and its international and national partners to draw lessons from successes and shortcomings, and improve the joint response in case of a possible recurrence of the epidemic especially due to the upcoming rainy season.

Situation Overview
• 4 April 2011, the cumulative number of reported cholera cases was 274,418, including 4,787 deaths. The observed cumulative incidence of cholera cases since the beginning of the outbreak was of 26.2 per 1,000 inhabitants, ranging from 4.9 per 1,000 in the Department of South-East to 40.3 per 1,000 in the Department of Artibonite.
• Overall, the number of medical staff from health partners has been reduced in most CTCs and CTUs. Medical staff has been trained and is currently employed in the CTUs established in health centers. NGOs are mostly phasing out due to the decrease in cholera cases or due to the lack of funding. However, health partners continue to provide support to maintain regular training and refreshment courses for local medical staff, and maintain a surveillance system to monitor the evolution and assessment of the potential need to reactivate their response.
• Apart from the essential work of the NGOs, it is important to mention the role of the Cuban Medical Brigade (CMB) as well. The CMB treated a high percentage of cholera and diarrhea cases during the epidemics through a network of CTCs and CTUs. They built up belts of community workers around each CTC and CTU, thus ensuring prevention and health promotion activities that accompanied the efforts to save lives at the treatment centers. The CMB also deployed active research brigades, who go to the difficult to reach sub-communes to investigate and treat cholera cases, thereby diminishing the “silent zones”.
• The criteria for closing down cholera facilities and for phasing out NGOs from cholera facilities are well established, and there is an effort to maintain sufficient supplies and medical materials at the cholera centers. Nevertheless, lack of sufficient supervision and irregular payment of salaries to local health staff represent major risks that can jeopardize the response capacity at local and departmental level in case of sudden increase in the number of cholera cases, or any other major outbreak.
• The WASH sector remains of paramount importance. The chlorination of water systems and water trucks delivering water to the metropolitan areas has been a huge progress, despite the challenges that this method still faces. Attention needs to be paid to the private companies and the alternative treatment systems being used so as not to have resurgence within the urban areas. In rural areas, the treatment of water remains a difficult challenge 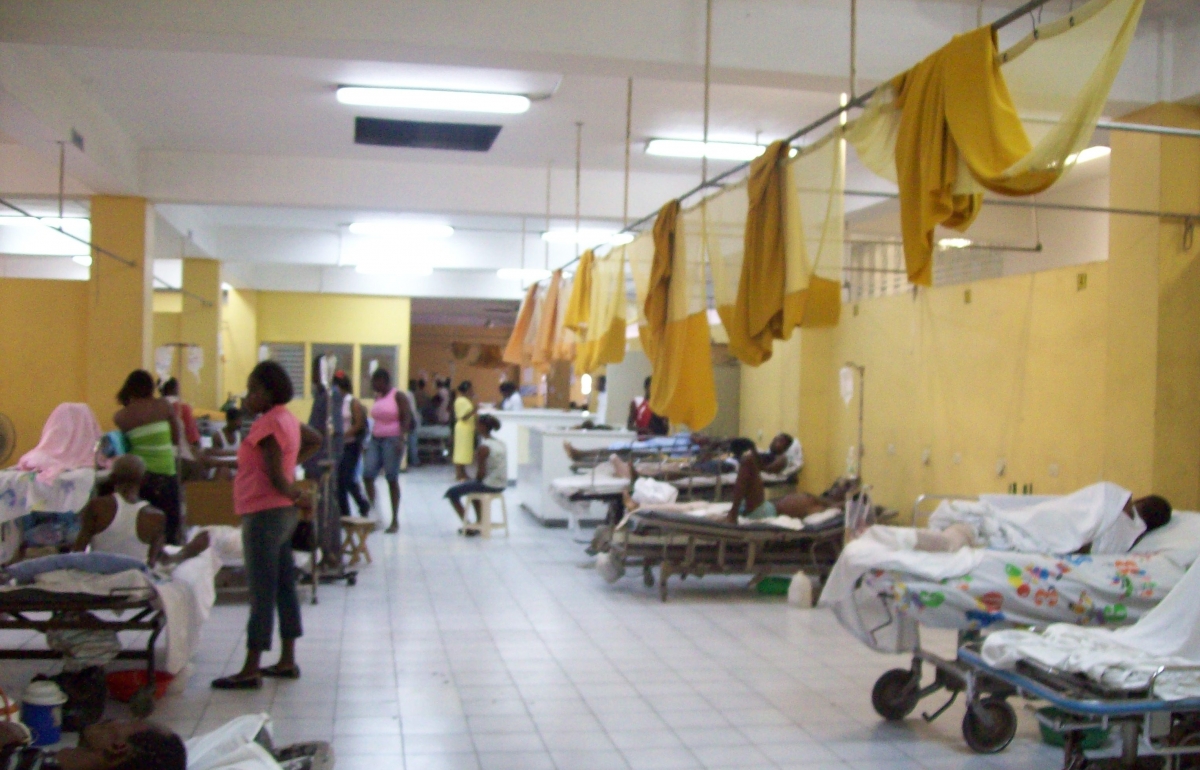 Wash (Environmental Health)
PAHO/WHO continues to support the MSPP in identifying needs and priorities for the improvement of sanitary conditions of the health centers in several departments through water sanitation networks and waste management. Environmental health is an essential part of the long term fight against the spread of cholera and other diseases related to water and sanitation management. The financial resources of numerous NGOs that ensured drinking water distribution and removal of excrement from latrines and septic tanks in Port-au-Prince are running out or have been exhausted. Transition strategies offer only a limited solution, and serious concerns exist with regard to access to drinking water and adequate public health conditions.

Mental Health
The working group that formulates the Mental Health Policy and the National Plan continues to be dynamic. This group consists of the MSPP, PAHO/WHO, national and international mental health actors and several experts from universities (Toronto, and Montreal). The drafting of the national policy document is currently being finalized.
The list of essential psychotropic drugs for the country is in its final stages of development and the proposal will be submitted to the MSPP by mid-April. The WHO-AIMS is in its final phase, consisting of the compilation of data and development of the evaluation report.

Health Promotion
The final version of The Ways of Working (WOW) document on hygiene promotion will be circulated starting 6 April. It systemizes the lessons learned formulated during the Hygiene and Sanitation Promotion Workshop (Haiti 2010) held at Moulin Sur Mer on 11-12 March.

Nutrition
To continue to reinforce MSPP capacity, PAHO/WHO has provided support for the development and reproduction of 500 copies of the Global Acute Malnutrition (GAM) management protocols that were provided to the MSPP in September 2010. With the cholera outbreak, PAHO/WHO has provided support to the MSPP to update the Protocol, taking into account the care of malnourished children suffering from
cholera.
New growth standards: In May 2010, PAHO/WHO took the lead in MSPP adopting new growth standards, and later by professional associations and partners. Based on these new standards, PAHO/WHO has supported the MSPP in the review of the “chemen lasante” map, thereby creating the opportunity to dispose of a draft of a child nutrition and health booklet since February 2011.
Revision of the IMCI: In order to make the necessary adjustments based on new WHO
recommendations and on the new national protocol for GAM management, PAHO/WHO is offering support for the review of current IMCI standards. The review of the national nutrition policy is underway.
Fortification: In order to prevent micronutrient deficiencies, the technical nutrition committee that support to the MSPP is currently conducting discussions on fortification of wheat flour with micronutrients.

Post Earthquake Health Surveillance
World TB Day, which took place on March 24th 2011, is designed to build public awareness that tuberculosis remains an epidemic, causing several million deaths each year, mostly in developing countries.
This year, Haiti’s National TB Program of the Ministry of Health commemorated the World TB Day by organizing a Ceremony to launch the Reconstruction of the TB Hospital of Leogane, which was totally destroyed by the 2010 Earthquake. The Leogane center received the most significant number of TB cases in the country, and its loss resulted in an enormous challenge for TB services.  The meeting was aired on Haitian National Television and was attended by all national and international TB partners. The reconstruction will be done by Italian NGO INTERSOS, with technical support by PAHO/WHO and additional support by the Japanese Embassy.