At Precious Children’s Centre, RMF’s donation goes toward food costs, allowing the school to use funds collected from school fees to organize school development projects. This quarter, the school was able to build a wall fence to protect the children and the school property, creating a better learning environment for students. The school was also able to renovate the classroom by repainting the walls and build another small dormitory.

The Sports Program successfully implemented a one-day training for coaches, led by Mr. Asuman Lubega of FUFA House. For example, he taught coaches how to play in a small area successfully, how to be both a leader and friend to the players, as well as helping their players reach greater heights athletically.

The Sports Development Program welcomes a team from StarTimes Television, one of the leading supporters of sports and sports talent development in Uganda. The team was included in a Startimes television program that will be airing across the country. This will help bring more publicity to the team, which may attract donations, grants, and other benefits.

From December 13–16, 2018, PVTI and its beneficiaries were privileged to participate in the annual Open Refugee Market in Kampala at Kira Road Police Station Grounds. Some of PVTI’s outstanding trainees represented the institute among participants from other refugee settlements. Trainees Juma Botul and Mwaka Simon both represented our Tailoring and Garment Cutting department at the event.

Graduation ceremonies were held on September 19, 2018, and December 12, 2018. The occasions were graced by guests and local leaders. During the ceremonies, various guests made speeches regarding their areas of expertise, trainees provided entertainment, certificates were awarded, and trainee graduates’ products were exhibited in tours.

Throughout 2018, the Precious Children’s Centre had about 385 pupils. Since the school began receiving support from RMF, many students who would have otherwise dropped out were allowed to remain. RMF’s donation enables the school to care for students until the parents are able to pay. This ongoing support not only benefits the school but also the parents and pupils.

Angelo Darazo graduated from PVTI in 2015. He told the follow-up team, “I am so grateful to be one of the graduates of Tailoring and Garment Cutting at PVTI. I appreciate RMF for the effort they are making to equip us with these kinds of skills. The skills that I have acquired have made me so proud, as they have made me self-reliant and able to make money from my daily business of tailoring. This has helped me support my family very well and meet some of my personal challenges.”

John Kennedy graduated from PVTI’s Carpentry and Joinery department in 2018. He said he is thankful to RMF for equipping him with his vocational skills. John told the follow-up team, “I am able to make chairs, tables, and beds which has helped me a lot in raising money to support my family.”

Giving Them Hope for the Future

In 2018, RMF sponsored 14 students who were enrolled in the school’s boarding section. The community identified these students as vulnerable because most of them had dropped out of school. When the community announced to them that they had been recommended to be sponsored by RMF to finish their secondary school education, they were excited as well as grateful to RMF for the chance to regain the life they thought they had given up. This has helped restore their peace of mind and their hope in the future. RMF is proud to sponsor these students who have maintained well-mannered and respectful attitudes despite their at-risk situations.

When Collins Sabir completed Senior 4 in the first division of his class, he felt that without RMF’s support he would not have discovered his academic abilities. “Thanks be to RMF that has helped me discover who I am academically and wishing RMF long live so I can continue with Senior 5 and through the end of Senior 6,” says Collins.

Thok Kher Thok is also anxiously awaiting his Senior 6 National Exam results which will be announced in the middle of February 2019. Thok says RMF has opened his door to opportunity. If he passes Senior 6, UNHCR will sponsor his university education. 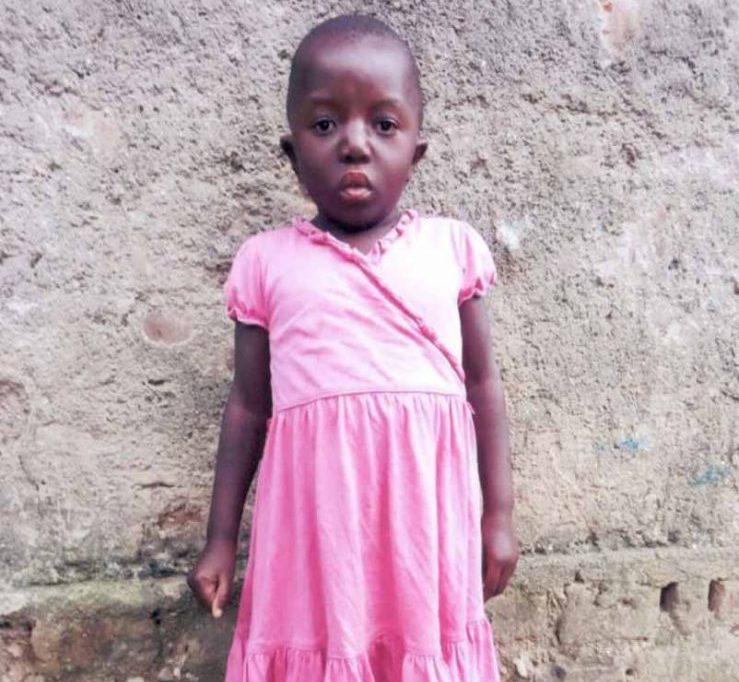 Patricia Biira, who received RMF-sponsored heart surgery in Mulago National Referral Hospital in Uganda, has made a full recovery. Follow-up teams report that Patricia’s condition has greatly improved, and her growth rate has stabilized. In fact, she is growing so quickly that many of her community members in Kasese are astounded.

Prior to learning about her medical condition, many villagers believed that evil spirits from the clan were preventing Patricia from growing, and some asked her parents which church they attended to drive the demons out of her and allow her to grow normally. Others believed that she was bewitched and directed her parents to local witch doctors. However, Patricia’s parents told the villagers that RMF was the miracle worker that enabled them to reach Mulago National Referral Hospital and the Uganda Heart Institute in Kampala, where their daughter’s illness was discovered and treated by specialist doctors, and her life was put back in order.

Patricia’s father, who was able to observe Patricia’s recovery at their home on a daily basis after she returned from Uganda Heart Institute at Mulago, became an advocate of medical treatment for the community. Patricia’s parents now advise their community to always visit health facilities before attributing illness to witchcraft and evil spirits and seeking treatments that may not help improve one’s medical condition. Patricia’s recovery has become a public example both to the village and the sub-county at large of the benefits of seeking medical attention from trained medical workers.

Patricia’s parents, community, and medical team are all very thankful for Patricia’s full recovery and grateful to RMF for supporting her treatment. With Patricia and her parents living in such extreme poverty, she would have died without anyone knowing the reality of her medical condition, and many community members would have continued to believe in witchcraft and evil spirits as the main causes of disease. The villagers in Kasese have learned a lesson: seek treatment in a health facility first. Thanks to RMF, Patricia’s life has been extended, and the villagers have opened their eyes to the benefits of seeking medical attention.