Changing Lives for the Better

Real Medicine Foundation has been active in Kiryandongo Refugee Settlement since 2008, when we were named UNHCR-OPM Operational Partner and began our still-successful health program, supporting the existing health centers with medication, medical and cleaning supplies, medical personnel, and support staff; renovating Panyadoli Heath Centre III; providing hospital supplies such as beds, bed sheets, and hospital equipment; setting up a solar-powered water source that supplies the health centers and the refugee community with clean water; and conducting medical camps for various illnesses, such as malaria and HIV/AIDS. Since RMF looks at every person “as a whole,” we soon extended our support to the livelihood and education sectors as well; these projects are also ongoing.

Based on our high level of performance, RMF was selected to become UNHCR’s Official Heath Implementing Partner in Kiryandongo Refugee Settlement in July 2014. Three years later, RMF is still fulfilling our role as UNHCR Official Health Implementing Partner, expanding our team and services to support the settlement’s growing population, which has now reached over 120,000. RMF’s services also benefit the host community of over 80,000.

As part of Real Medicine Foundation’s goal of “Liberating Human Potential,” and to ensure sustainability, efficiency, and local ownership of our programs, we hire only in-country staff. Uganda is no exception, and much of our success is thanks to the innovation, dedication, and unique perspective of our in-country teams. Below are the stories of two inspiring RMF Uganda staff members: 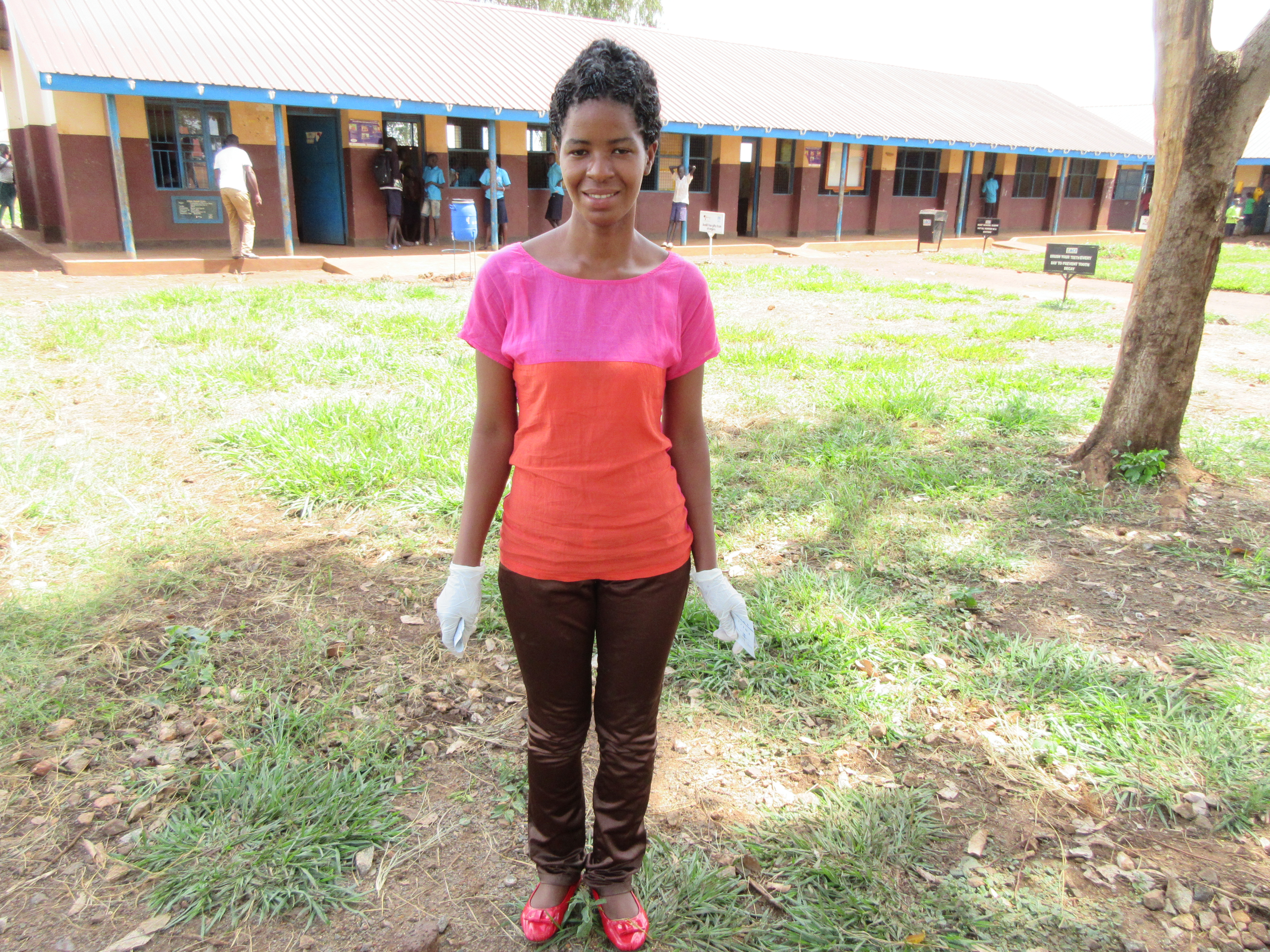 Born into a family of seven, Phoina never dreamt of becoming a medical professional, until she went to visit her aunt at a hospital in Mbarara. Phoina was shocked to find patients lying on the floor of the hospital, especially mothers, who were giving birth with little to no attention from midwives. This was a turning point in her life, when she became determined to pursue a nursing course and learn to save mothers in childbirth. Phoina decided that when she finished her Ordinary Level, she would join a nursing school. When her aunt was later paralyzed from the waist down, this made Phoina’s life very difficult, but it also helped fuel her passion to become a nurse so that she could take care of her aunt and save the lives of mothers in her district.

Phoina is one of the midwives recruited by RMF in September 2016. She started her medical career 3 years before, after graduating from Ibanda School of Midwifery and Comprehensive Nursing. Phoina works in the Maternity ward of Panyadoli Health Centre III in Kiryandongo Refugee Settlement. She helps save the lives of mothers and empowers them to begin postnatal care for their babies. Phoina is one of the midwives that has seen the Maternity ward grow smoothly, to the extent that the average number of mothers giving birth at the health facility has reached 10 per day, a positive indicator in the fight against mothers giving birth at home, unattended by a health professional.

Phoina is grateful for the opportunity that Real Medicine Foundation has given her to save the lives of mothers and make their birthing experience more comfortable. 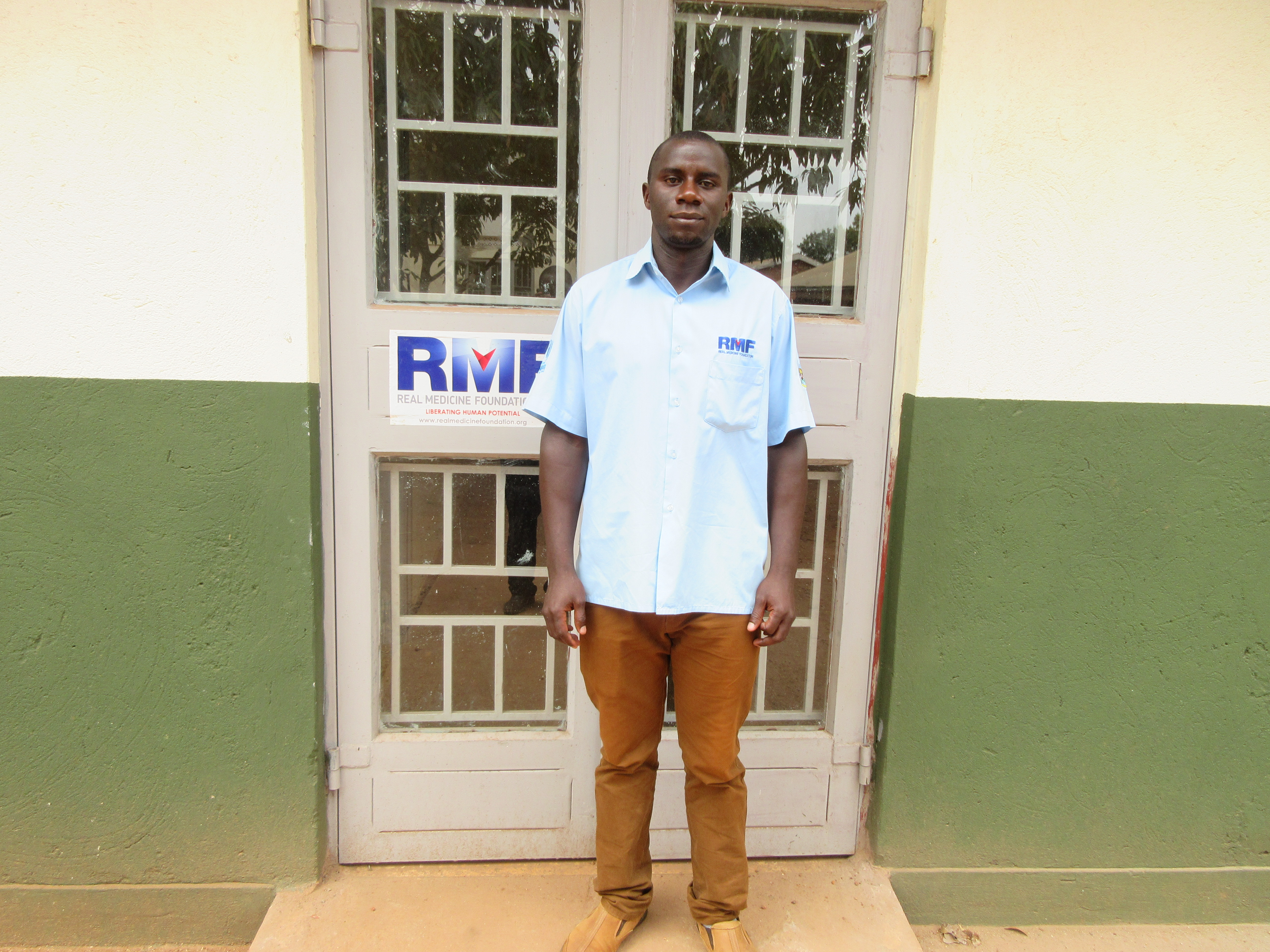 Richard is an RMF Nursing Officer, and he is one of the pioneering staff members in our project as Healthcare Implementing Partner for UNHCR at Kiryandongo Refugee Settlement. Richard completed his Uganda Advanced Certificate of Education at Kabalega Secondary School, but because his father had passed away, he could not raise enough funds to attend university, even though he had earned good grades. Richard decided to work and save money, and with his savings and the help of his mother, he was able to attend Mulago School of Nursing and Midwifery, where he completed his Certificate in Nursing in 2013.

That same year, Richard began volunteering at Kiryandongo Hospital, where he gained professional experience and a passion for making a difference in people’s lives. Realizing that his work would have even more of an impact if he could help refugees, Richard asked his supervisor to start doing outreaches with the Kiryandongo District outreach team. About this time, conflict was rekindled in South Sudan, causing an influx of refugees to Uganda. Richard was shifted to the refugee desk, where he continued to work for three months.

When he saw that Real Medicine Foundation was hiring, Richard applied, and his life was changed for the better. As a father with two children, Richard is thankful to RMF for the opportunity that has made him realize the importance of a helping hand and allowed him to see many mothers access antenatal services and children live better lives.

RMF is thankful for our in-country team members like Phoina and Richard, whose passion, goodwill, and expertise enable us to provide quality health care to the residents of Kiryandongo Refugee Settlement and the surrounding host community.