Currently, a total of 9,756 students are supported by RMF/WCF funding in nursery, primary, and secondary schools, including South Sudanese, Kenyan, Rwandan, Burundian, Ugandan IDP, and Congolese children/students. School fees for all RMF-sponsored students were paid at the beginning of the reporting period:

Salaries, wages, and top-up allowances for medical and support staff in the health program were paid in a timely manner. RMF also deployed data clerks to all health facilities in the settlement.

We continue to provide financial support and guidance for the four departments at RMF’s Panyadoli Vocational Training Institute (PVTI). Of 115 trainees originally accepted for this intake, 102 students completed their training, and 101 took the Directorate of Industrial Training (DIT) examinations in November and early December, earning certificates and successfully graduating from Panyadoli Vocational Training Institute (PVTI).

The program conducted 4 dialogue sessions with players in schools and during school holidays. During dialogue sessions, the members are sensitized about the dangers of conflict, substance abuse, and sexual promiscuity, among others. Unity among team members is encouraged through the dialogue sessions, as well as collaborating in respect and love with parents/caregivers. Participants are gradually realizing the importance of living in harmony in the community.

RMF continued to provide financial support to the Precious Children’s Centre in Kawempe, Kampala, which takes care of orphans and vulnerable children. The funding from RMF is used to purchase of food for the children. This has helped to keep more children in class and to stabilize the center’s operations.

Support for a Young Heart Patient

Patricia Biira is a three-year-old girl who was born with holes in her heart. Thanks to RMF’s support, she underwent a successful heart surgery at the Uganda Heart Institute on August 16, 2017 and received emergency treatment a week later, when a new attack almost claimed her life. Patricia is now at home with her parents, and according to the medical review that was done in September, she is recovering steadily. Patricia will have her next medical review in January 2018. All of this was made possible because of the funding from RMF/WCF.

Based on numbers provided by the UNHCR and OPM (Office of the Prime Minister), the current core population of Kiryandongo Refugee Settlement is over 100,000, with at least 60,000 South Sudanese refugees and the remainder composed of Kenyan, Rwandan, Burundian, and Congolese refugees, as well as Ugandan IDPs. As of March 2016, 80% were at-risk women and children.

In addition to the refugee community, services provided by RMF benefit Kiryandongo District’s host population of over 266,197, including Bweyale and the surrounding areas. All patients receive treatment without discrimination.

David Nyon, a 16-year-old boy of the Lopit tribe, is a South Sudanese refugee born and raised in Kiryandongo Refugee Settlement (thus, he is also Ugandan). Before the Kiryandongo Sports Development Program began, David stayed at home after his Primary Leaving Examinations (PLE) because his parents could not afford school fees for his secondary education. He was a demoralized teenager who did not know if he would ever go back to school.

When the project was implemented, David first hesitated to join because he did not know its benefits. Later, he reluctantly joined to pass time and add variety to his days. He was encouraged by the way the coaches mobilized and conducted the trainings and realized that there were many benefits to the program, including promoting peace, physical exercise/good health, and exposure to different opportunities.

Having attained adequate training, David has become a soccer star in Kiryandongo District and has been awarded a full year’s secondary school scholarship by Alliance Integrated Secondary School for 2018. He is overwhelmed with excitement because his long-lost dream has come true and he has been enrolled for further education. He is grateful to the Kiryandongo Sports Development Program for the skills and exposure that have earned him this achievement.

Charity Aya is a 28-year-old young woman who was raised in South Sudan but came to Kiryandongo Refugee Settlement because of the 2013 conflict in South Sudan. She is Kakwa by tribe and currently works as an assistant coach with the Kiryandongo Sports Development Program. Before the program, Charity experienced many hardships because she was new to the settlement, didn’t have a livelihood, and her family was stuck in South Sudan.

As luck would have it, the sports development program began searching for coaches and assistant coaches, an opportunity that Charity jumped at. From the money that she earns, she has managed to retrieve her graduation papers from her university in South Sudan and bring her family to the settlement.

To Charity, the Kiryandongo Sports Development Program is a godsend, and she cannot hide her appreciation towards PeacePlayers International and Real Medicine Foundation for the opportunity and empowering initiative. 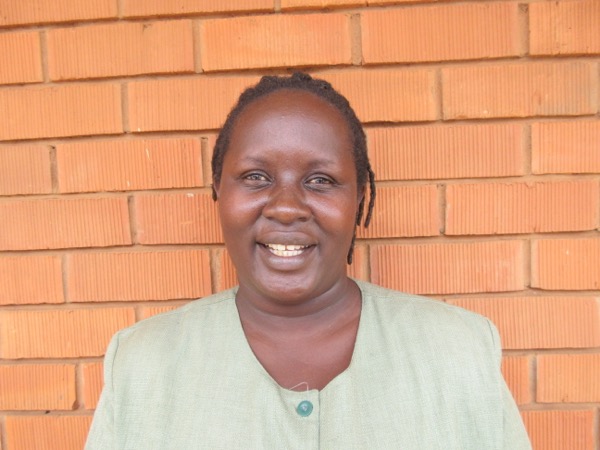 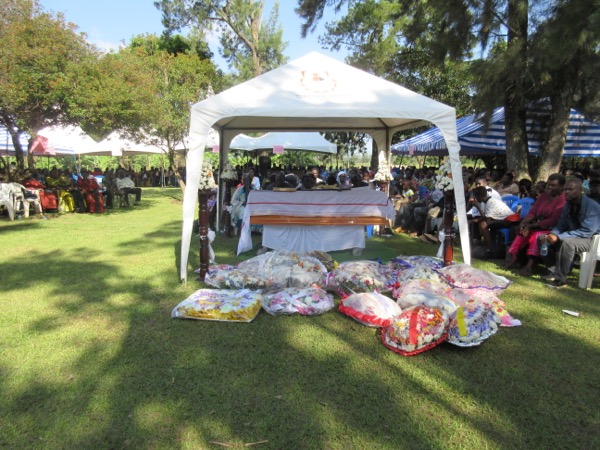 The program faced a shock due the death of Caroline Tukugize, the well-loved RMF program manager for Kiryandongo Refugee Settlement. She died shortly after undergoing a successful C-section to deliver twins at Paragon Hospital in Kampala.