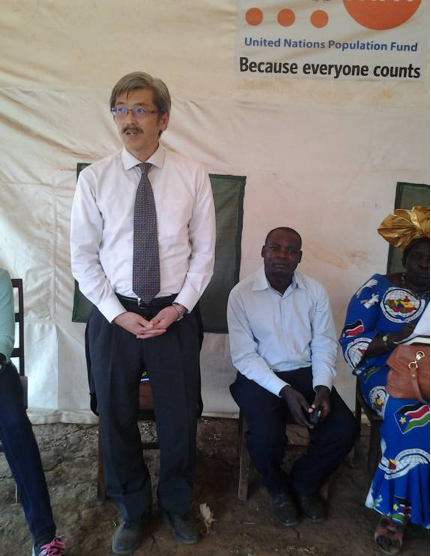 RMF began a new partnership with the Japanese International Cooperation Agency (JICA) in January 2015 at the Panyadoli Vocational Training Institute at Kiryandongo Refugee Settlement, with JICA funding materials and staffing costs for a large intake of students for a 3-month intensive program.

This new intake would be for the teaching staff and supplies for the following: 40 tailoring and garment cutting students, 20 carpentry and joinery students, 20 bricklaying and concrete students, and 20 hairdressing and beauty therapy students.   RMF management received 350 applicants for the above mentioned different courses in December 2014 and narrowed down the admission to 110 students.

JICA South Sudan and representatives of the Government of South Sudan visited RMF’s Panyadoli Vocational Training Institute from the 17th to the 19th of February 2015 to check on its progress.

JICA South Sudan was represented by JICA Country Director, a public relations officer/Ambassador of Culture in South Sudan, and a project focal person.  Representing the Government of South Sudan was the Undersecretary of the Ministry of Labor and Human Resource Development South Sudan.

There were also two government media representatives who escorted the Permanent Secretary as their visit was being recorded and will be broadcasted on national television by the Government of South Sudan.

The guests arrived on the 17th, and the 18th was a full day of tours of the project and Kiryandongo Refugee Settlement. On the 19th the visitors left; RMF staff stayed on to give feedback to the instructors and trainees.

Graduation is slated to take place on March 19th with the Government of South Sudan sending the Minister for Labor and Media to record the event.  RMF will also work on getting Ugandan media to broadcast the function in the hopes that it will attract more attention and donors.  Another suggestion was that each graduate of the program be given a start-up kit on graduation, if sufficient funds can be found.  RMF is currently looking to have another intake of students with the training period lasting as long as 6 months if funding is raised through the Government of South Sudan.

Overall, the visitors were very much impressed with RMF’s implementation, and the feedback they got from trainees, instructors, community leaders, and the OPM was impressive, that RMF has implemented very well.  All were impressed with the administration, and the Government of South Sudan pledged they will do their best to continue with the project. 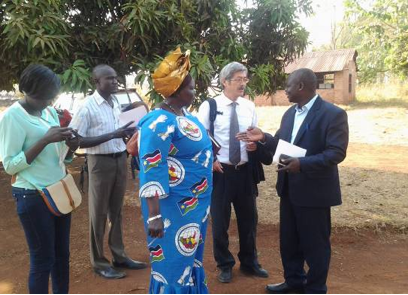 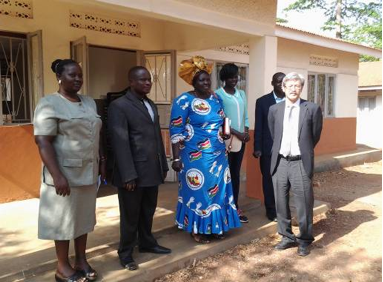 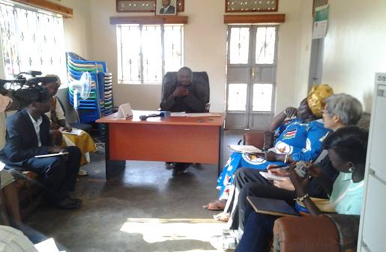 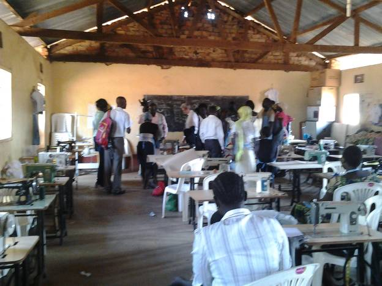 (L) Meeting with OPM in their office; (R ) visitors seeings the Tailoring Department 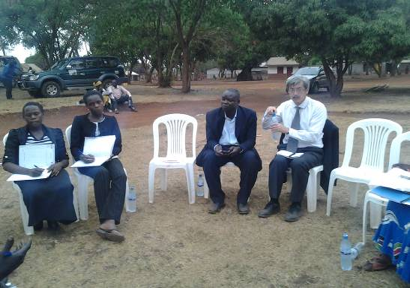