Upgrade and maintain the Panyadoli Health Care Centers at a high level of hygienic and operating standards.

Health status of the population improved through:

Number served/number of direct project beneficiaries (for example, average number treated per day or month and if possible, per health condition).

Nyeguar Lilyliy is 6 years old, a refugee from cluster K in the settlement. She was alone in the house when she was identified by the RMF VHT leader of that cluster and was diagnosed with severe malaria. Lilyliy was rushed to Panyadoli Health Centre III where she was admitted in the IPD.  Due to the high levels of malaria found in her body, she was put on Quinine IV, Ampicillin IV, Diclofenac IM and Panadol tablets.  At the time of her admission, Lilyliy was weighing 15kg but this has changed as she has now increased weight by 5kg to 20kg. She is very grateful to the RMF staff for treating her well and with a great attitude.

We are working on sensitizing our refugee patients to have access to preventable measures like mosquito nets. Some are given mosquito nets and do not use them. Some families receive one net and adults take advantage of that instead of protecting the young. Nyeguar Lilyliy did not have a net in her home for prevention.  She is grateful since she recovered well, was treated well and at no cost. 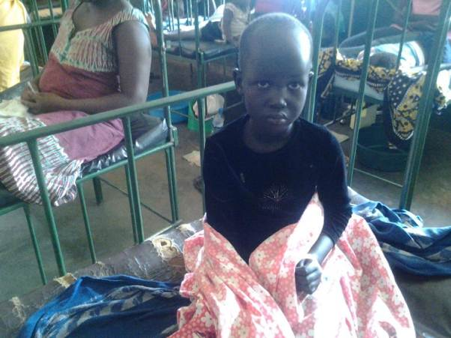 Aber Esther is a one year and 3 months old girl who was diagnosed with pneumonia, presenting with cough, chest pain, and fever.  She was put on IV X-pen IMU, IV Gentamycin 40mg, IV Hydrocortisone plus Panadol Tabs.  The RMF medical person attending to her realized that she was not responding to treatment and put her on Vitamin A 100,000 IU and IV Chloramphenicol 250;  Esther started responding very well to this medication.  Esther currently is being followed up on weekly on her progress. 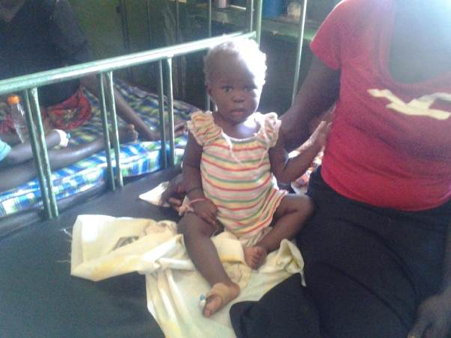 Mathew Chang is a 2 year old boy, a refugee from cluster G.  Mathew is the third born in a family of 5. Mathew’s mother says that she found him collapsed on the floor and not breathing well, and then rushed to the health centre where the RMF doctor received her and her child was admitted. Tests confirmed the boy’s diagnosis of severe malaria. Mathew was put on IV Artesunate 40mg, IM Diclofenac 30mg, rectal Diazepam 2.5mg plus Panadol tablets.  Mathew would not have reached this stage of malaria if the mother had noticed early that he was not feeling well, monitoring his temperature.  The RMF medical team has noticed that some South Sudanese refugees are reluctant to go to a health facility.  In their opinion, going to a health facility is a very last resort. The RMF medical teams, through outreach programmes, are committed to sensitizing the communities to go to health facilities as early as they don’t feel.  When Mathew was well again, there was a big, grateful smile on his mother’s face. 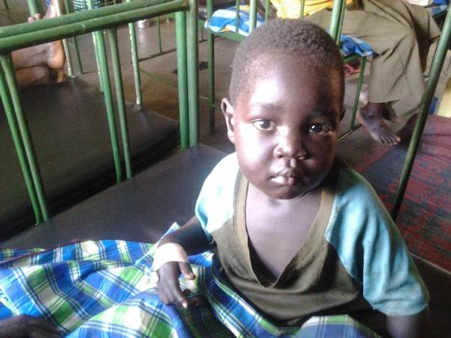 Walter Ogenrwoth is 8 months old, a Ugandan IDP, and was diagnosed with pneumonia after his mother brought him to the health centre. He was put on IV X-pen, IV Gentamycin 40mg, Vitamin A 100,000 IU plus Panadol tablets. Walter responded well to the medication that was given to him. 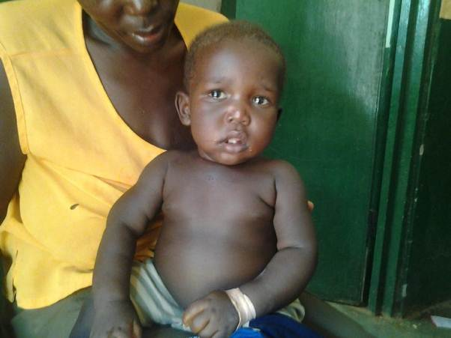 The Panyadoli Health Centres, located in Kiryandongo Refugee Settlement near Bweyale, Uganda, provide healthcare services to over 100,000 refugees from Kenya, South Sudan, DR Congo, Burundi, and Rwanda, as well as members of the host community.