As the first step towards implementing the Kiryandongo Sports Development Program (KSP), implemented by Real Medicine Foundation in partnership with the Office of the Prime Minister and PeacePlayers International, interviews were conducted at RMF Uganda’s office to recruit head coaches and assistant coaches. A panel of five senior administrators was formed to interview candidates who expressed interest in the positions. At the end of the exercise, the required 16 candidates were successfully chosen: 8 head coaches and 8 assistant coaches. 10 of the coaches are refugees and 6 are from the host community.

The recruitment exercise and interviews were conducted fairly, and opportunity was given to both refugees and nationals, men and women. Candidates were assessed for various qualities, including academic ability, social skills, and the ability to coach or mentor under all circumstance. Refugee candidates were especially excited to be given the opportunity to build their potential, and the expressions of joy on their faces indeed proved their words.

Eight teams have been successfully recruited in the community, and we are currently using four fields located in different areas of Kiryandongo Refugee Settlement: two fields in Ranch 1 and two fields in Ranch 37. There are two male teams and two female teams in each ranch. In consideration of our female players, their training is conducted in fields near their homes for easy access and additional safety. The trainings have been successful, and the coaches are doing an excellent job with the players.

Accomplishments during the reporting period:

Limited playing fields: The current playing fields cannot accommodate all of the players. More fields are needed, and we are certain that the OPM can allocate land for this use.

Since most of the players are students, they report late to the field because they have to go home first to get some food. It would be better if we provided a meal during training. Additionally, some of the participants don’t have food at home since the food rations for refugees have been cut by 50%. 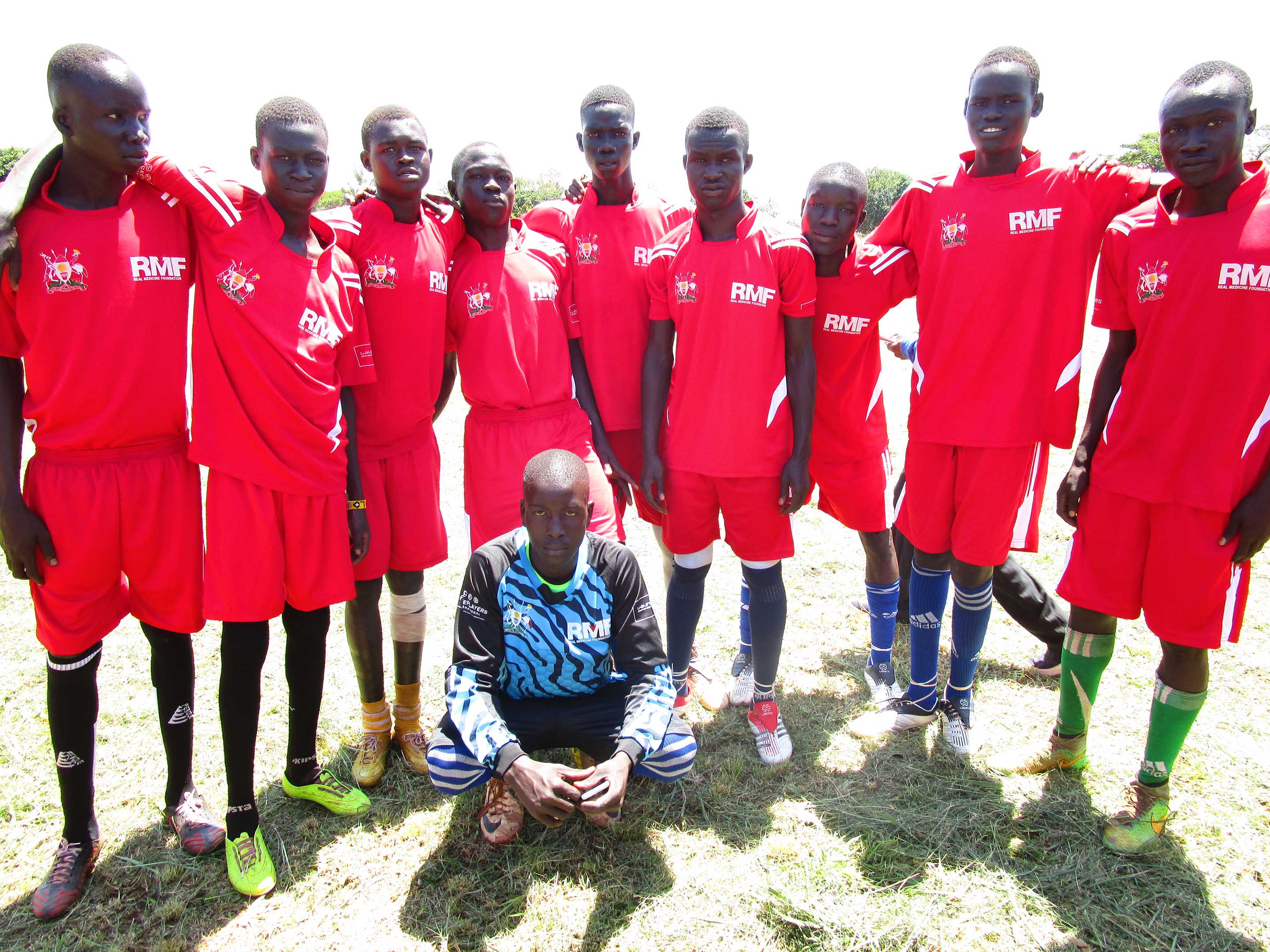 Boys’ under-12 team. Back home in South Sudan, players would probably feel they belong to rival tribes, but now in Kiryandongo Refugee Settlement, they are playing together as a team with one objective thanks to the power of sports. 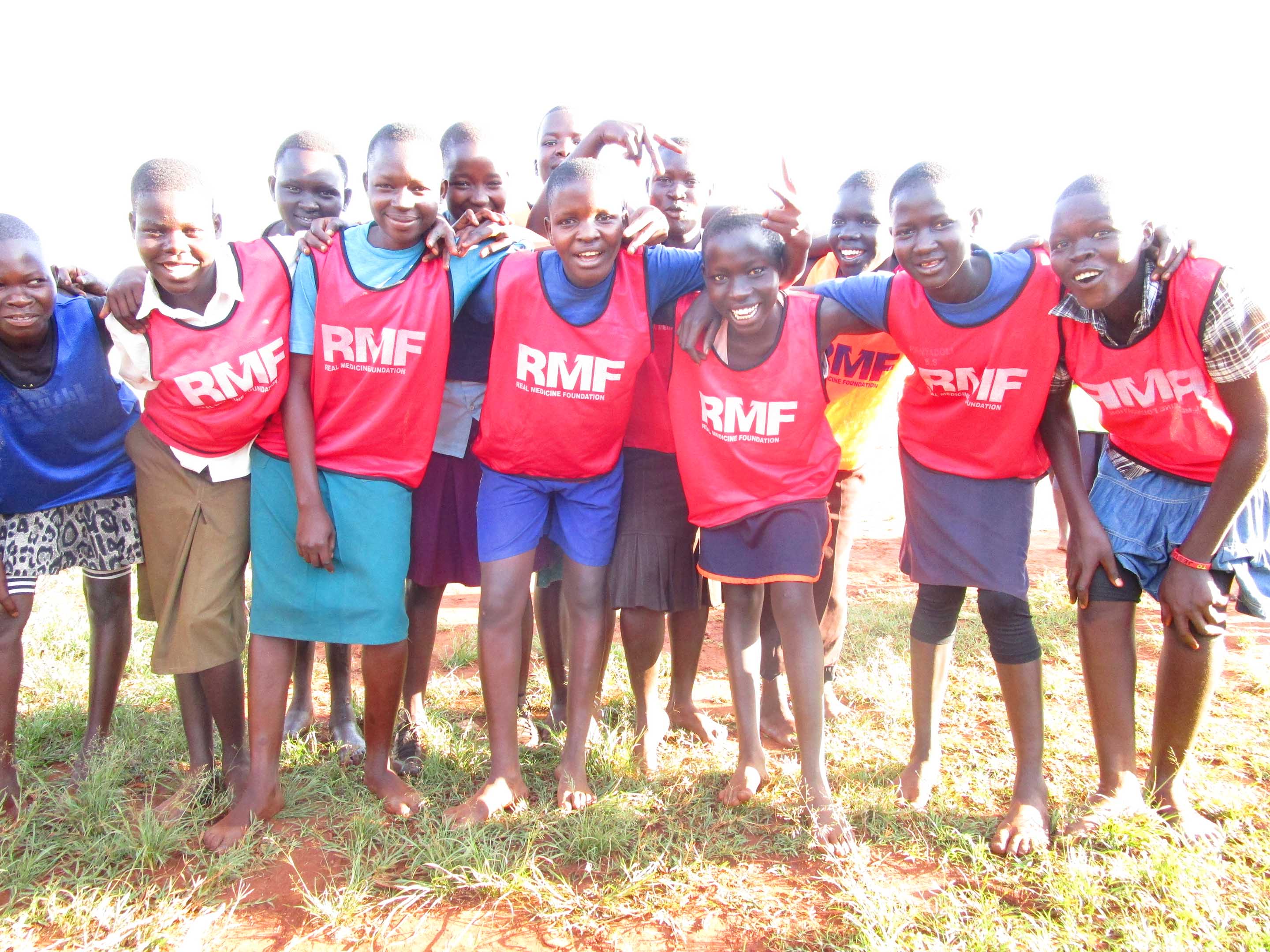 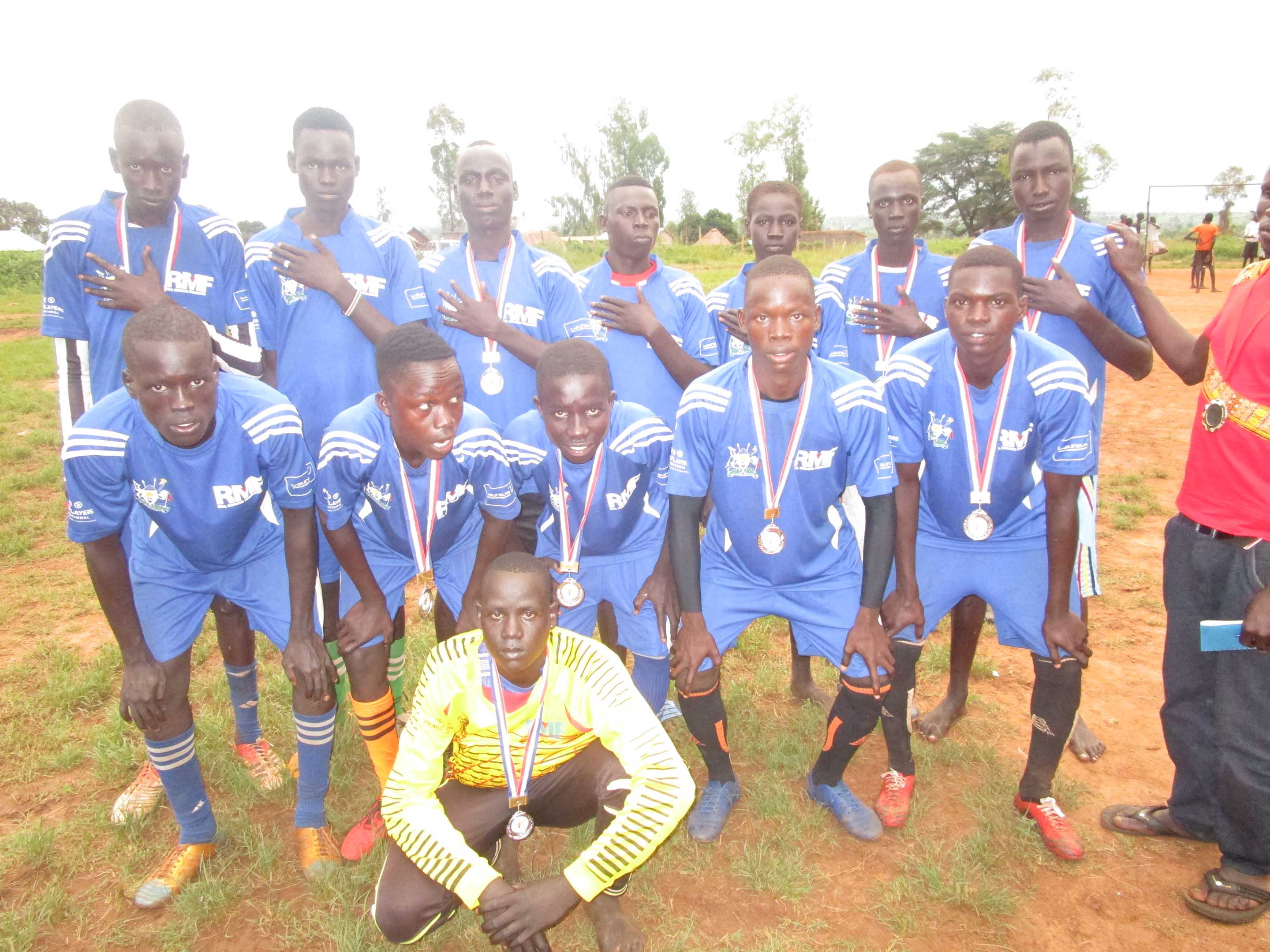 Boys’ under-17 team after winning second place at the Maendeleo Football Tournament. 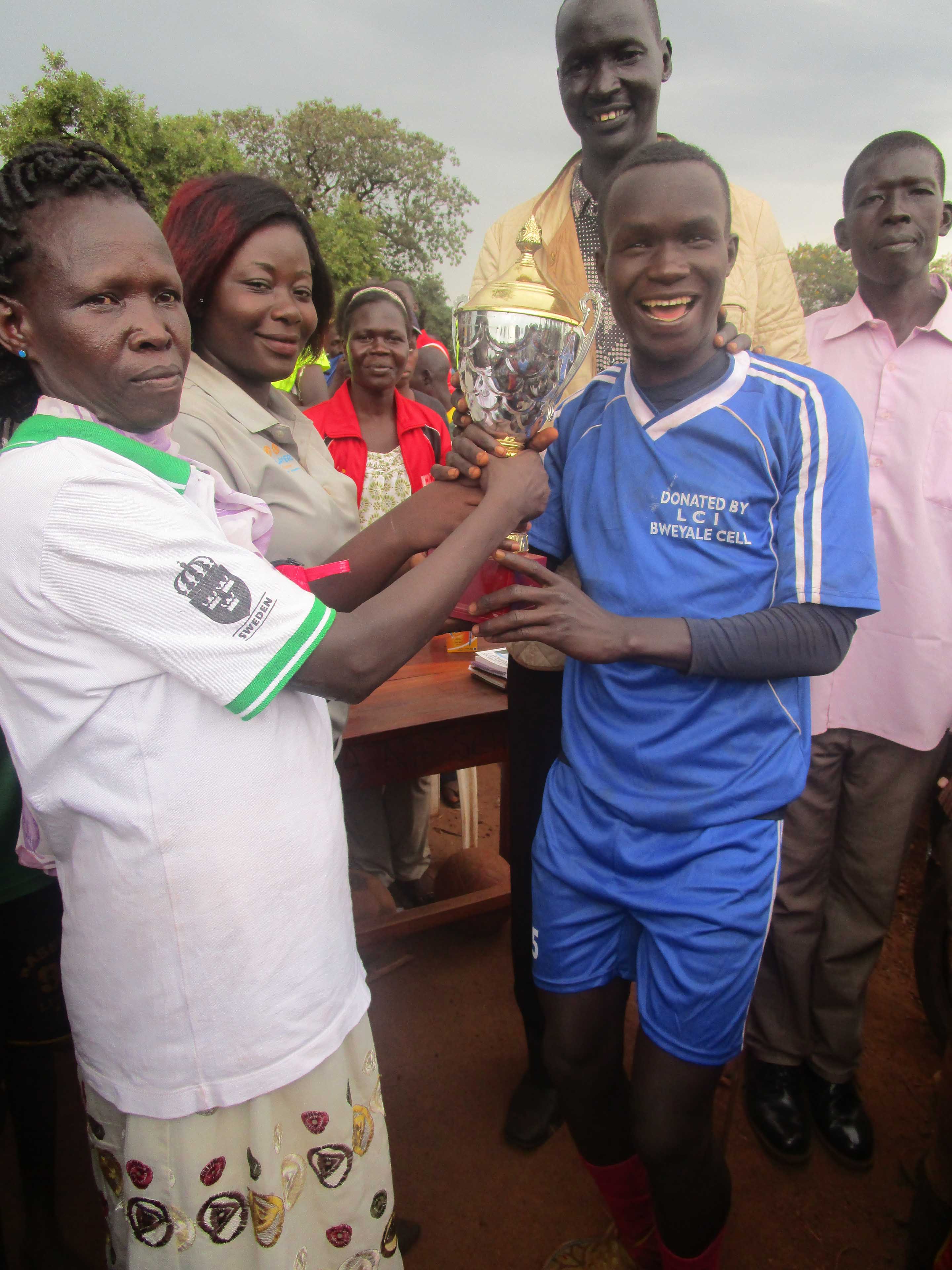 Trophy that the team won during the Maendeleo Football Tournament

The divides and challenges from past trauma facing the youth of Kiryandongo Refugee Settlement are stark. With few structured activities for youth from both sides of the conflict in South Sudan to interact and a lack of exposure to activities and experiences outside of the camp, conflict between tribal groups within Kiryandongo Refugee Settlement is not uncommon. Bringing children and youth across tribes together to play sports with each other, as opposed to against each other, is an informal entry point that can be an initial bridge to larger societal change.

However, any program design can’t stop by simply addressing the current conflict, but also must speak to the trauma faced by youth before and since arriving in Kiryandongo Refugee Settlement. In 60% of the interviews conducted by RMF/PPI, “trauma from past experiences” was mentioned as a major issue facing children and youth today.

In the two primary schools PeacePlayers International (PPI) visited on their trip to Kiryandongo Refugee Settlement, there is an average of 1 teacher for every 93 students. In this environment, the Kiryandongo Sports Program has great potential to help its target beneficiaries develop the full range of life skills necessary for successful integration.