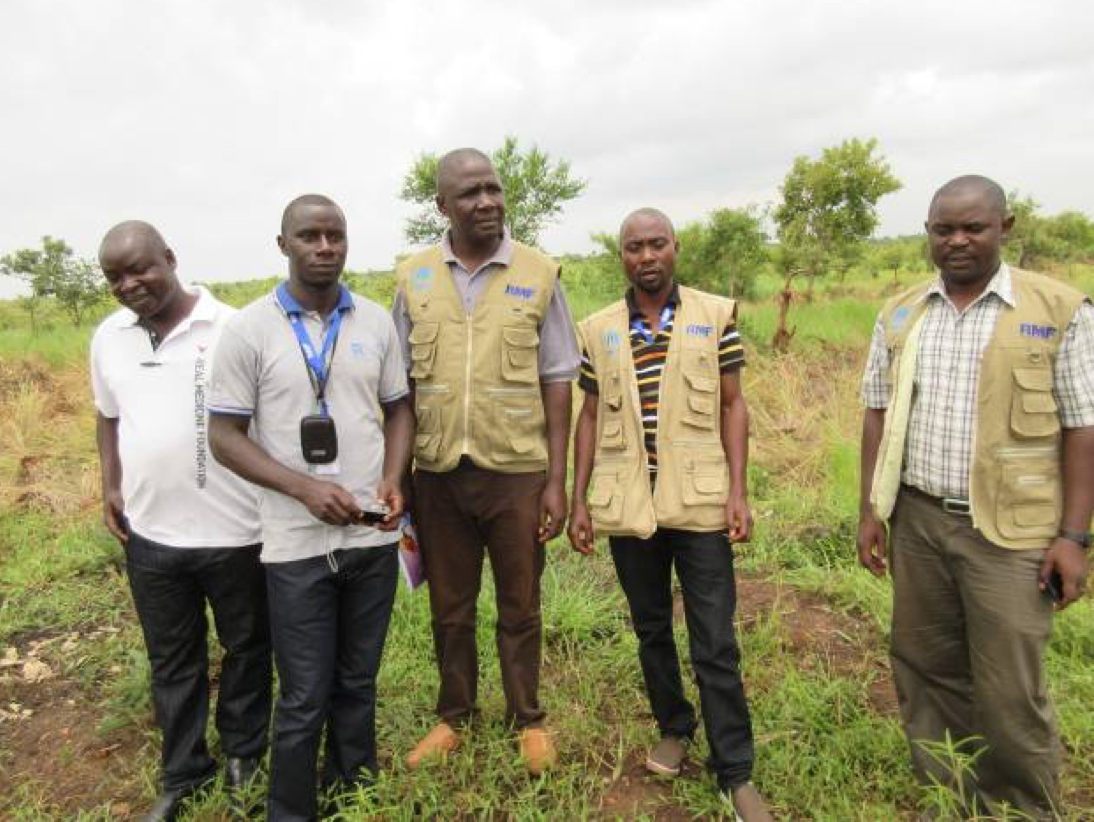 Since 2009, RMF has been working to strengthen the South Sudanese healthcare system. RMF initiated, co-founded, and continues to support the Juba College of Nursing and Midwifery, supports the Juba Teaching Hospital, and in December 2014, became the UNICEF implementing partner for malnutrition treatment and prevention in Jonglei State and the greater Pibor Administrative Area. Even after fighting broke out in July 2016, RMF’s in-country teams have continued these programs. RMF has also been providing health services, school support for children, and vocational training to South Sudanese refugees in Uganda’s Kiryandongo Refugee Settlement since 2008 and was appointed UNHCR Implementing Partner for health care in 2014. Based on RMF’s work and our long-term partnerships with Uganda’s Office of the Prime Minister (OPM) and the UN, RMF was chosen as one of the partner organizations to be involved in the selection and building of new refugee settlements. More specifically, RMF has been chosen as the UNHCR Health Implementing Partner for the new Bidibidi Refugee Settlement in the Yumbe district.

Since RMF participated in the Joint Assessment Mission led by OPM/UNHCR, during which the OPM/UNHCR chose partner organizations (including RMF), and together with these partners, toured the West Nile region, met with local government officials, and selected sites for additional refugee camps, the OPM/UNHCR decided to open the Bidibidi Refugee Settlement in Yumbe district as soon as possible. Bidibidi Refugee Settlement has the potential to support 100,000 refugees, and with the continued influx of South Sudanese refugees, which has caused sanitation and health concerns due to overcrowding in Uganda’s existing refugee centers and settlements, Bidibidi is urgently needed. Since the site at Bidibidi has very little existing infrastructure and the proposed settlement is being built from the ground up, much planning and decision-making has taken place since our last reporting period: July 15 – July 23, 2016.

Because of the number of South Sudanese refugees needing help and a safe place to stay, and because of the magnitude of the construction and organization needed to open and maintain Bidibidi Refugee Settlement, many partner organizations have stepped up to offer their services in this endeavor. RMF was named UNHCR Health Implementing partner for Bidibidi, and with the approval of RMF Founder and CEO, Dr. Martina Fuchs, and in accordance with the expectation of the Ugandan Office of the Prime Minister (OPM), RMF Uganda set out to arrive in Bidibidi by July 30, 2016. This decision was made in order to firmly establish RMF’s presence in Bidibidi Refugee Settlement as UNHCR Health Implementing Partner, set up and stock the Reception Centre Health Clinic before refugees arrive, and to serve the needs of partners and laborers as the settlement’s infrastructure was being built.

RMF Uganda’s Country Director, Naku Charles Lwanga, asked his team in Kiryandongo to stand with him in building and providing health services to the Bidibidi Refugee Settlement in Yumbe district. Bidibidi is in a very remote area where most people would not wish to live, but 7 of RMF Uganda’s staff members readily agreed to move to Yumbe. By the evening of Friday, July 29, 2016, our team had set off to purchase supplies in Kampala with RMF Uganda’s Deputy Country Director, Alphonse Mwanamwolho. That same evening, we began the trip to Yumbe. We stopped to sleep on the way, as we could not make it to Bidibidi, Yumbe in one day; Bidibidi is very far and roads/transportation are difficult.

On Saturday morning, July 30, 2016, RMF’s team arrived at the new Bidibidi Refugee Settlement. We found about 1,000 people there, working to grade the land, open roads, and put up temporary structures. Some of the workers and casual laborers needed treatment, having injured themselves on duty. Our team immediately started treating people. We also finished purchasing supplies that morning, including: medication, tents, furniture, stationery, and cleaning materials, and rented a vehicle to transport the supplies, with RMF Uganda’s Deputy Country Director, Alphonse Mwanamwolho, to Bidibidi Refugee Settlement. Due to the length of the trip, Alphonse arrived with the supplies the next day, Sunday, July 31, 2016. RMF was the first partner to arrive at Bidibidi, and we set up 2 tents as temporary shelters for the Reception Centre Health Clinic. RMF’s tents were the only ones available at Bidibidi for several days, and all medical treatment and meetings were conducted there until the UNHCR tents arrived.

On Tuesday, August 2, 2016, we had our first on-site meeting with all partners. Later that day, we had a sector meeting, where RMF took the lead as the main UNHCR Health Implementing Partner. Based on previous meetings and agreements with OPM/UNHCR, RMF would be responsible for primary health care, IRC for reproductive health, and Concern Worldwide and ACF for nutrition.

The following day, Wednesday, August 3, 2016, the OPM’s Commissioner for Refugees arrived, and we had a large meeting with all partners. The Commissioner clarified RMF’s role (and that of other partners), and also talked to the OPM Field Leader, and the UNHCR Field Leader, cautioning them to avoid coordination confusion, and reconfirming RMF as the UNHCR Health Implementing Partner for Bidibidi. The Commissioner further explained that partners would need to supply their own operational costs for a period of 30-90 days as UNHCR prepares. The OPM’s Commissioner for Refugees assured RMF of his support at all levels.

On Thursday, August 4, 2016, RMF Uganda’s Country Director and Deputy Country Director returned to Kiryandongo Refugee Settlement, where they were needed at a UNHCR emergency meeting to plan for the influx of South Sudanese refugees: up to 1,000 people were arriving in Kiryandongo per day. We met briefly with UNHCR, and they asked RMF to compose a comprehensive report for the additional refugees who are arriving in Kiryandongo; the comprehensive budget would be discussed on Tuesday, before adding new staff, etc. On Thursday, August 4, 2016, we also received 2 heavy trucks full of medication from the UNHCR head office in Kampala, and they authorized RMF to use UGX 6,700,000 to fully stock our stores of medication and hire a security guard. We interviewed a security guard that same day, and immediately started working.