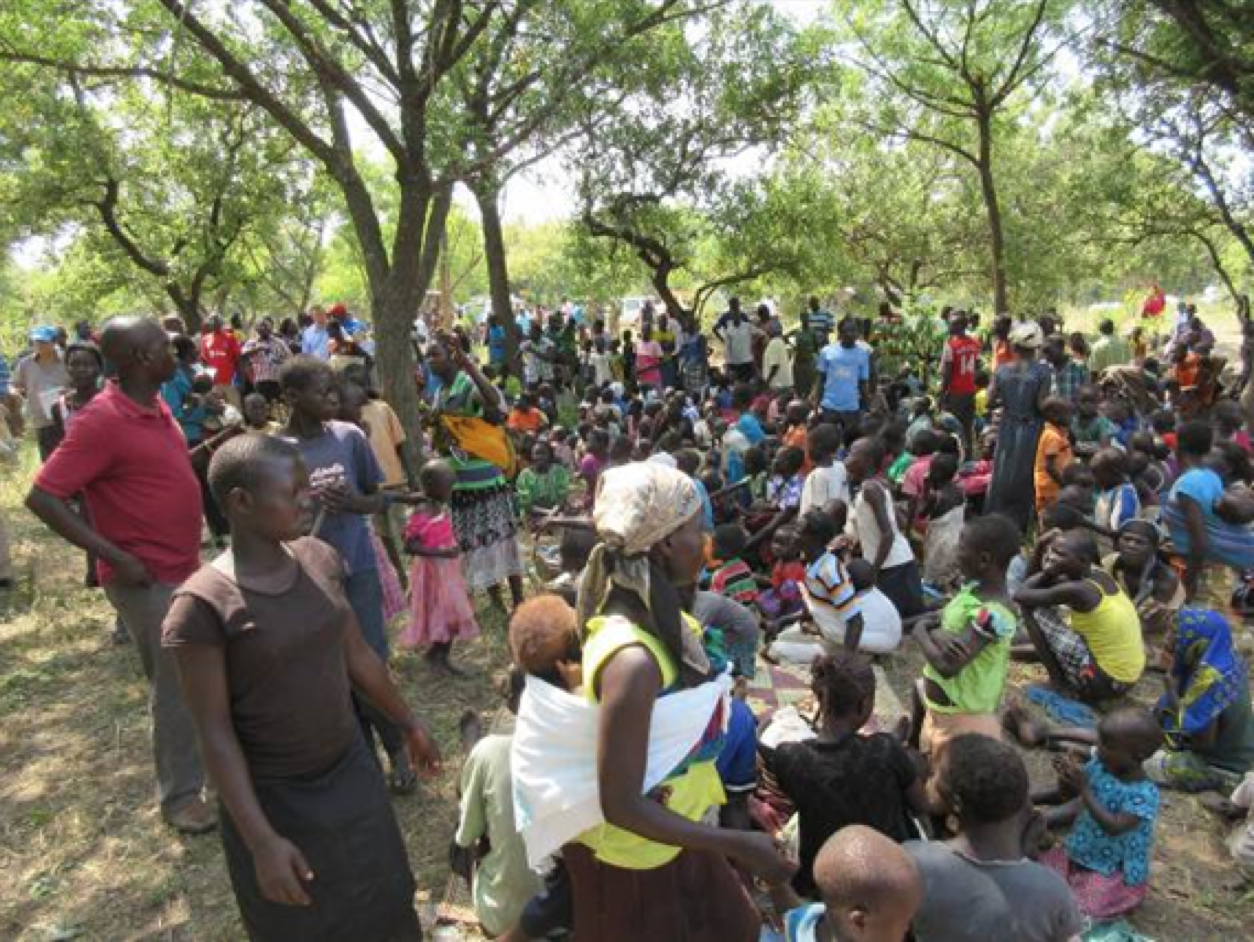 Since 2009, RMF has been working to strengthen the South Sudanese healthcare system. RMF initiated, co-founded, and continues to support the Juba College of Nursing and Midwifery, supports the Juba Teaching Hospital, and in December 2014, became the UNICEF implementing partner for malnutrition treatment and prevention in Jonglei State and the greater Pibor Administrative Area. Even after fighting broke out in July 2016, RMF’s in-country teams have continued these programs. RMF has also been providing health services, school support for children, and vocational training to South Sudanese refugees in Uganda’s Kiryandongo Refugee Settlement since 2008 and was appointed UNHCR Implementing Partner for health care in 2014.

Based on RMF’s work and our long-term partnerships with Uganda’s Office of the Prime Minister (OPM) and the UN, RMF was chosen as one of the partner organizations to be involved in the selection and building of new refugee settlements. More specifically, RMF has been chosen as the UNHCR Health Implementing Partner for the new Bidibidi Refugee Settlement in the Yumbe district.

The coordination meeting for the Joint Assessment Mission was held on July 15, 2016, and led by the OPM/UNHCR at the Office of the Prime Minister’s boardroom in Kampala. During the meeting, partners for the Joint Assessment Mission were chosen: WFP, UNFPA, UN Women, UNICEF, LWF, DRC, MTI, RMF, PLAN, IAS, Concern Worldwide, IRC, Red Cross, Human Rights Commission, ACCORD, and TPO.  It was also stated that teams would leave for the West Nile region on July 19, 2016 to assess the South Sudanese refugee influx and look at possible locations for new refugee settlements. On July 19, 2016, RMF Uganda’s Country Director, Naku Charles Lwanga, left very early in the morning, driving quickly to pick up our team in Kiryandongo. Mr. Lwanga picked up RMF Uganda’s Health Program Officer, David Musaazi, and RMF Uganda’s Medical Coordinator, Dr. Martin Byaba, and they continued driving. RMF Uganda’s team was able to join the first meeting of the Joint Assessment Mission in the UNHCR’s boardroom in the Arua district.

The purpose of the first Joint Assessment Mission meeting in Arua, on July 19, 2016, was to alert partner organizations to the influx of South Sudanese refugees in the West Nile region and highlight the interventions made thus far. Some of the main points concerning health included:

The meeting was lengthy, many issues were discussed, and the urgent need for workers to go to the field was clear. We spent the day in Arua, and it was very difficult to find accommodation, as all average hotels had been taken by the many NGOs that had filled the town for our meeting.

The following day, July 20, 2016, we visited the Ocea Health Centre, Kuluba Health Centre, Oraba border, Barakara, Koboko district, Bidibidi in the Yumbe district, Abiryamajo, Romogi, Yete, Ajiji Oberu, Locumbo, and others. All these locations are far away from the district’s town: the nearest is about 14 km away, and the others are about 60 km from the town. We had a district meeting with all partners, which was led by the OPM/UNHCR. District officials welcomed all partners and the OPM/UNHCR and willingly offered land for refugees, with the condition of benefits like road construction, improvement of schools, health centers, and administrative buildings, new water wells/boreholes, and jobs for the district’s residents. Very fertile land was offered for refugees, but site planners needed to be sent and preparations to be made in Bidibidi, which can accommodate 100,000 refugees. After a long meeting in Yumbe district that evening, RMF Uganda’s team could not find accommodation, as the district had only one hotel that could accommodate less than 100 guests. Therefore, our team drove to Moyo district that night.

The next morning, July 21, 2016 around 9:00 AM, we had a partners’ meeting with Moyo district officials led by OPM/UNHCR, and the district officials also invited the press. The purpose of this meeting was to appreciate the magnitude of the problem, assess the level of preparedness so far, assess needs in terms of sectors, assess security issues, and assess the capacity of available land to host the refugees. It was found that over 1,352 refugees were stranded in Palorinya, Moyo in very poor living conditions, with no precautions against gender-based violence, and about 1,000 people were living with no lights, latrines, water, or other essential services. The OPM’s immediate response was to relocate these refugees to reception centers in Adjumani where services were available. After meeting with Moyo district officials, the OPM/UNHCR, and partners, we visited the available land throughout the district, touring 4 health centers. While traveling around the district, we found about 30 square miles of land that were empty and not in use. We also drove up to a landing site where a ferry can help refugees cross the Nile river to reach settlement areas.

The following day, July 22, 2016, we traveled to Adjumani, which has over 5 camps with so many refugees that they almost outnumber the host community. Here we visited the Legu/Nimule border, where the situation was overwhelming and very moving:

After visiting all 5 camps and the Legu/Nimule border, we met with the UNHCR Country Representative that evening. He had also come to see the situation in West Nile; even the Minister of Health had come because the situation was very alarming. People needed to be helped before overcrowding and poor sanitation caused the outbreak of a disease like cholera. The UNHCR Country Representative asked the government to speed up its decision to open Agojo in Adjumani and Bidibidi in Yumbe and select partners, as all existing refugee settlements and reception centers, including Kiryandongo, were now full or very overcrowded. This meeting ended at 7:30 PM, and RMF’s team stayed in Adjumani that night.

The next day, Saturday, July 23, 2016, the Joint Assessment Mission team traveled to Kiryandongo via Gulu. The meeting in Kiryandongo started a little before 1:00 PM, and was led by the OPM/UNHCR at the UNHCR’s boardroom. All partners were present, and the Kiryandongo commandant briefed us on gaps and challenges. After this meeting, we visited several places, including the health center, schools, the reception center, and Ranch 18 (there is a possibility of opening a new settlement in Ranch 18, which could accommodate 20,000 refugees). After touring these areas, we had a fact finding meeting, which ended at 5:30 PM. During this time, RMF Uganda’s team (those who had traveled to West Nile) stayed together and called attention to how RMF can start drafting a proposal for Agojo in Adjumani and Bidibidi in Yumbe.