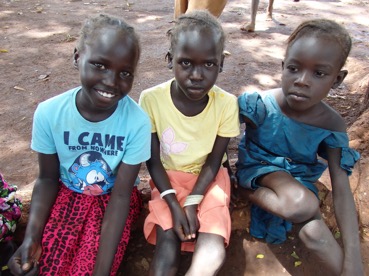 On January 10, 2016, Real Medicine Foundation (RMF) signed a tripartite agreement (a follow-up to our 2014 agreement) with UNHCR and the Government of Uganda to implement a health program aimed at addressing two goals: emergency operations, and care and maintenance of refugees and asylum seekers in Kiryandongo Refugee Settlement through the delivery of quality healthcare services.

How many health facilities are there? What is the number of staff? Who are we partnering with?

How many consultations were carried out this week?

Drug shortages, or running out of drugs, were our main challenges in health units during this reporting period.

Regarding Reproductive Health: How many ANC consultations? Breakdown of refugees/nationals? Which partners? UNHCR?

152 Maternity ward admissions (38 refugees and 114 nationals) were registered at the Maternity ward during the reporting period at Panyadoli Health Centre III for antenatal and postnatal services.

This figure is included in the number of consultations above under “Health".

1,514 new arrivals (786 male and 728 female) were screened and registered at the Reception Centre during this reporting period.

358 complicated cases (152 in the Maternity ward, 34 in the Male ward, 66 in the Female ward, 100 in the Paediatric ward, and 6 in the Nutritional ward) were admitted through the inpatient department.

4 deaths occurred (2 refugees and 2 nationals) causes: pneumonia, malaria, and burns.  All of the patients who died in this reporting period were under 5 years of age.

22 supplementary feedings and 33 outpatient therapeutic care sessions were conducted in the Nutritional Unit.

21 SAM (Severe Acute Malnutrition)  cases were discovered through screening at the Reception Centre.

97 MAM (Moderate Acute Malnutrition) cases were discovered through screening at the Reception Centre.

21 people were enrolled to the ART clinic.

How many vaccinations were administered and what type? And what was the breakdown of refugees/nationals?

Vaccinations administered were for BCG, polio, DPT, and measles.

Cervical cancer screenings are also ongoing though all trained staff. One mother was screened and found to be cancer free.