Summary of RMF/MMI-sponsored activities carried out during the reporting period under each project objective (note any changes from original plans):

The Health Systems Strengthening project with more focused on Juba Teaching Hospital has achieved many notable milestones during the reporting quarter through the committed partnership with National Ministry of Health, JTH and its staff:

Following the eruption of fighting in Juba from mid December 2013 which then quickly escalated to other States, a number of people are forced to leave their homes and moved to other safe locations for their life. Many people from Juba and Greater Bor County moved to Nimule which is a payam located at South Sudan –Uganda border. Some of the displaced people crossed to Uganda and others remained in Nimule who are regarded as IDPs.

By the time RMF visited one of the site in Nimule, the population of the IDPs was more than 40,000 and the number kept increasing daily, the people were lacking basic needs such as clean drinking water, foodstuffs, shelter, basic healthcare services and educational materials among others. Most of the people we talked to were frustrated and angry because a number of organizations visited them, talked to them and promised to help but none had ever returned hence all had bad experiences. However, the few available gathered were able to share with RMF team their past experiences from their war torn areas up to Nimule. RMF through the leadership of the CEO Dr. Martina Fuchs mobilized resources, locally purchased and delivered phoso (maize flour), beans, cooking oil and papyrus mats to help them.

Then everybody gathered there was extremely happy for our support, one of the elderly woman who was initially frustrated and angry then smiles, became full of joy then told the mass that lets pray and she led the prayers thanking RMF for the support. 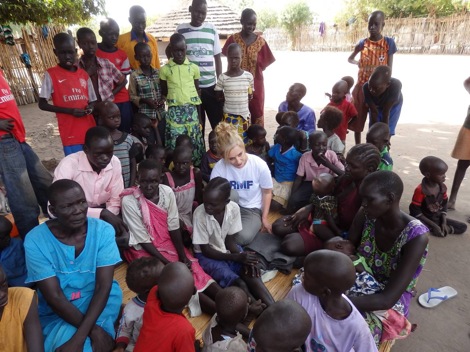 Dr. Martina seated among the IDPs and listening to their stories, left an elderly woman who was frustrated at first because many organizations visited them, took photos and promised to come but none turn up, this same woman was full of joy after receiving our support which was dramatic shift of attitudes and then prayed for us and renewed her belief in God. 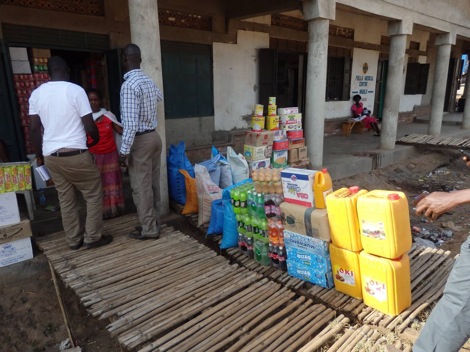 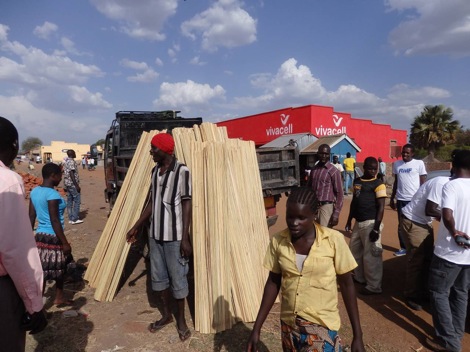 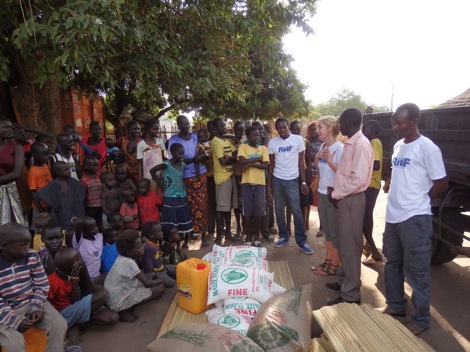 Dr. Martina Fuchs consoling the IDPs after delivery of the purchased items 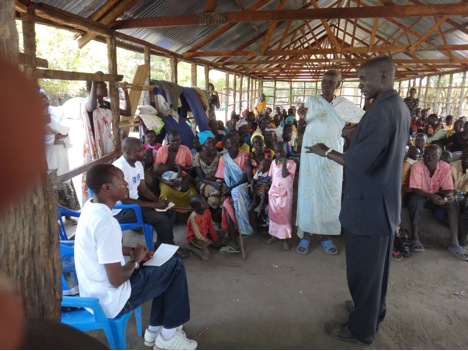 Rt: Rev Daniel Mabok serving as a translator, Centre: an elderly woman narrating to us her story and challenges they are facing in the camp_ site of Hai Kanisa in Nimule during our first visit in January 2014 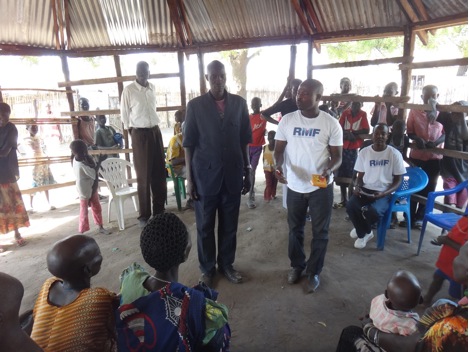 Dr. Moses Taban Kenyi consoling the IDPs and encouraging them to be positive in life during this critical moment 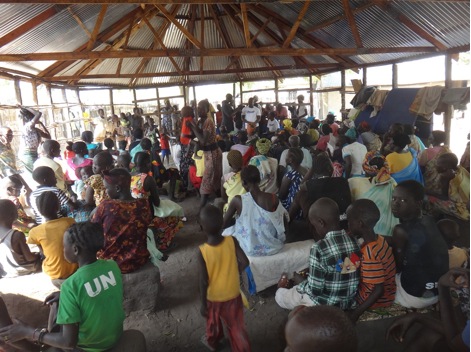 Internal displaced people who gathered in the Church in Hai Kanisa