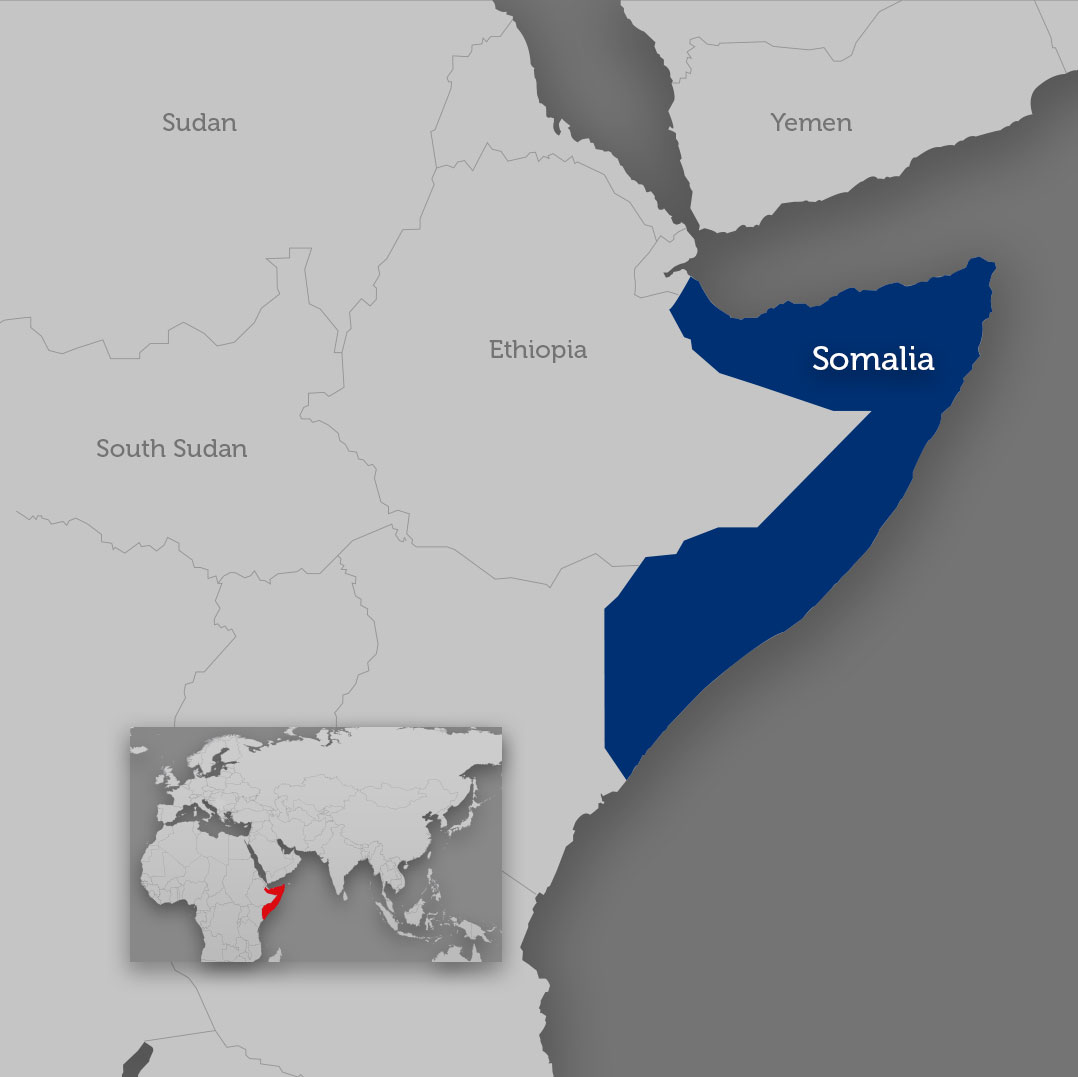 3.2 million people are facing acute food insecurity as Somalia remains in a severe, protracted drought. The failure of the most recent March through June seasonal rains has resulted in a third consecutive season of very poor harvest prospects, limited regeneration of pasture, widespread shortage of water, and reduced rural employment opportunities. In some parts of the country, insurgent activities have impacted economic activity. With the decline in employment, families no longer have the capacity to buy a subsistence level of food to sustain their nutritional requirements.

Between November 2016 and May 2017, 738,600 people were displaced by drought after being forced to flee in order to reach lifesaving assistance. Between now and the end of 2017, the number of people experiencing emergency levels of food insecurity is anticipated to increase.

RMF’s intervention will continue responding to the immediate emergency food crises and needs of drought and conflict-affected communities, through the provision of a food voucher system for 150 households within two identified districts. This initiative will support over 900 people monthly, for a period of six months.

The beneficiaries are selected by community elders and local authorities, together with the project implementation team. The approximate cost of feeding each person for 6 months is USD$18.00.

RMF is committed to a long-term, integrated approach in Somalia, first by providing emergency food aid to prevent deaths over the coming 3–6 months and then scaling up our work into new areas, providing technical capacity building and other support to key stakeholders to ensure that vulnerable households are identified and supported.

There is some evidence that communities which have been the beneficiaries of resilience activities fare better during the drought. Future resilience programs targeting vulnerable communities are required and will be included in RMF’s strategic plan for the Somali country program.

The proposed action was designed in partnership with local target communities, NGOs, and other local authorities and will continue to engage the various stakeholders throughout project implementation. This approach is based on repeated joint rapid needs assessments conducted by RMF and its partners.

By acting early to heed pre-famine warnings, the humanitarian community in Somalia and donors were able to stabilize what could have been a catastrophic situation. With improved coordination, especially at the regional level, humanitarian actors will better be able to address gaps in services and prevent worsening conditions. RMF Somalia is committed to coordinating activities with a range of multilateral, bilateral, and non-governmental organizations in the field.

Drought and famine have wreaked havoc on the Somali people, especially young children. UNICEF predicts that by the end of 2017, a total of 1.4 million children under the age of 5 will suffer from acute malnutrition in Somalia, and 6.2 million people are currently in need of humanitarian assistance. Malnourished children are more vulnerable to die from diseases like cholera and measles which have spread through Somalia. There have been 32,000 cases of cholera and more than 5,600 cases of measles reported in 2017 alone. The drought has also displaced more than 615,000 people from their homes. All donations going to Somalia contribute to providing food and safe drinking water to those affected most by the famine.