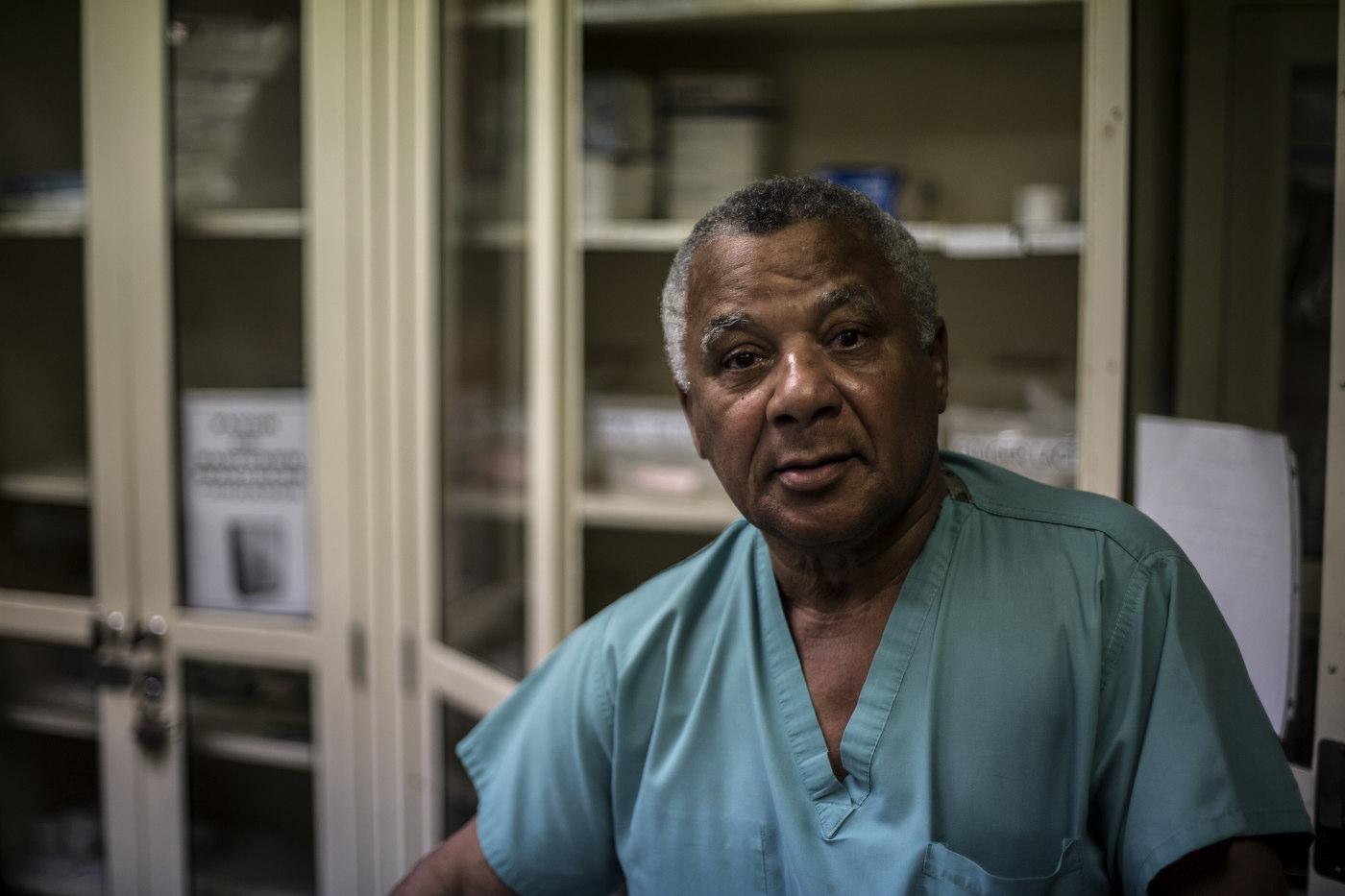 Dr. Ayala is the only doctor working in this emergency clinic. He often works 16-hour days, doing everything from examinations to surgeries to delivering babies. There is one room with a working AC unit in the entire facility.

Affecting 3.4 million people in Puerto Rico, Hurricane Maria has been called the most devastating storm in a century after it destroyed the US territory’s electricity, water, and telecommunications infrastructure. With increased rainfall of more than a meter, a lot of flooding followed with reports of complete devastation of vulnerable housing. With over 100 bridges destroyed, entire towns have been cut off from each other, leaving residents without water to drink or wash in. Now a month since Hurricane Maria hit, millions of residents still do not have access to electricity, healthcare, or clean running water—bacteria in the water is exposing many people to disease. Without access to safe drinking water, locals are resorting to using contaminated water, which has been exposed to toxic or human waste. Seventy-four cases of leptospirosis, a bacterial disease causing mild to severe symptoms including kidney failure or pulmonary hemorrhage, have been announced by epidemiologists. The risks for viral epidemic outbreaks of chikungunya, Zika, dengue fever, and malaria have increased due to the large amount of stagnant water remaining after the flooding subsided. Poor infrastructure has resulted in very poor drainage. The few hospitals still operational on the island are struggling to care for the sick and will soon run out of supplies and medications to do so. This situation is compounded in the urban medical centers providing primary and secondary care. In the coming months, there will be a further deterioration of living conditions in heavily affected areas.

Even though some assistance has arrived, residents are learning to improvise without power or running water, especially those who live in remote areas, who waited the longest for help from emergency responders and for whom recovery is the farthest off.

Soon after Hurricane Maria’s devastating passage through Puerto Rico, RMF sent a team to conduct a needs assessment, bring some initial medical supplies, and form local connections. Our team traveled to several hurricane affected towns from October 4 to October 10, 2017. During this period, current priority needs were identified, including key partners and the identification of health facility sites. The proposed primary locations for work will include Dorado, Vega Alta, Vega Baja, Morovis, and Ciales, while medical outreach clinics will target Jayuya, Utuado, Orocovis, and Barranquitas—all municipalities directly in the path of Hurricane Maria. 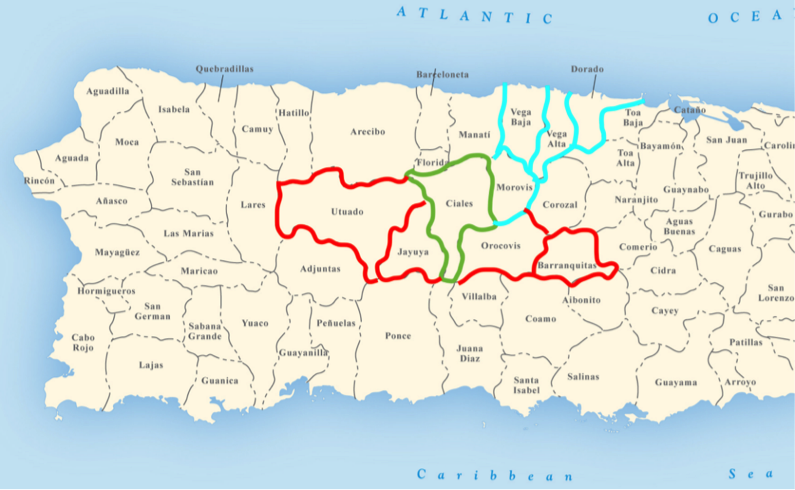 Green and blue indicate municipalities visited by RMF’s team. We envision Ciales as our base of operations.

Drawing upon RMF’s emergency health programs and lessons learned in various countries, our response in Puerto Rico will include the implementation of transitional and temporary health posts, such as mobile clinic and outreach services that will seek to provide lifesaving interventions through medical triage of critical cases to functioning nearby heath facilities or hospitals, including transportation of patients by local means.

During the first twelve months of implementation, RMF will work to build on and support existing state and critical private medical facilities to improve current capacities, while taking into account the immediate, emergency needs of vulnerable communities.

Natural disasters such as Hurricane Maria expose communities, particularly those most vulnerable or newly isolated, to heightened health risks. Mobile and outreach medical services will be developed to strengthen and support national public health infrastructure systems and healthcare providers in order to reduce avoidable mortality, morbidity, and disability. Mobile medical outreach clinics offer flexible and viable options for treating isolated and vulnerable groups, while also identifying those at risk or in need of more extensive care. The torrential rain has turned roads into rivers, impassable to all but the largest vehicles. Roads and bridges are also damaged, making more remote locations inaccessible. Travel around the island is challenging due to the poor state of infrastructure.

Mobile teams consisting of a health team leader/doctor, nurse coordinator and nursing assistant, community health workers, and on-call medical escorts will be deployed to affected regions to provide primary health care, triage support, and network with and provide support to local healthcare workers to continue the work when the team returns to the headquarters in Ciales after deployment. RMF will engage and support, with both goods and services, healthcare personnel who are ready to work and who may be among the displaced or cut off communities. 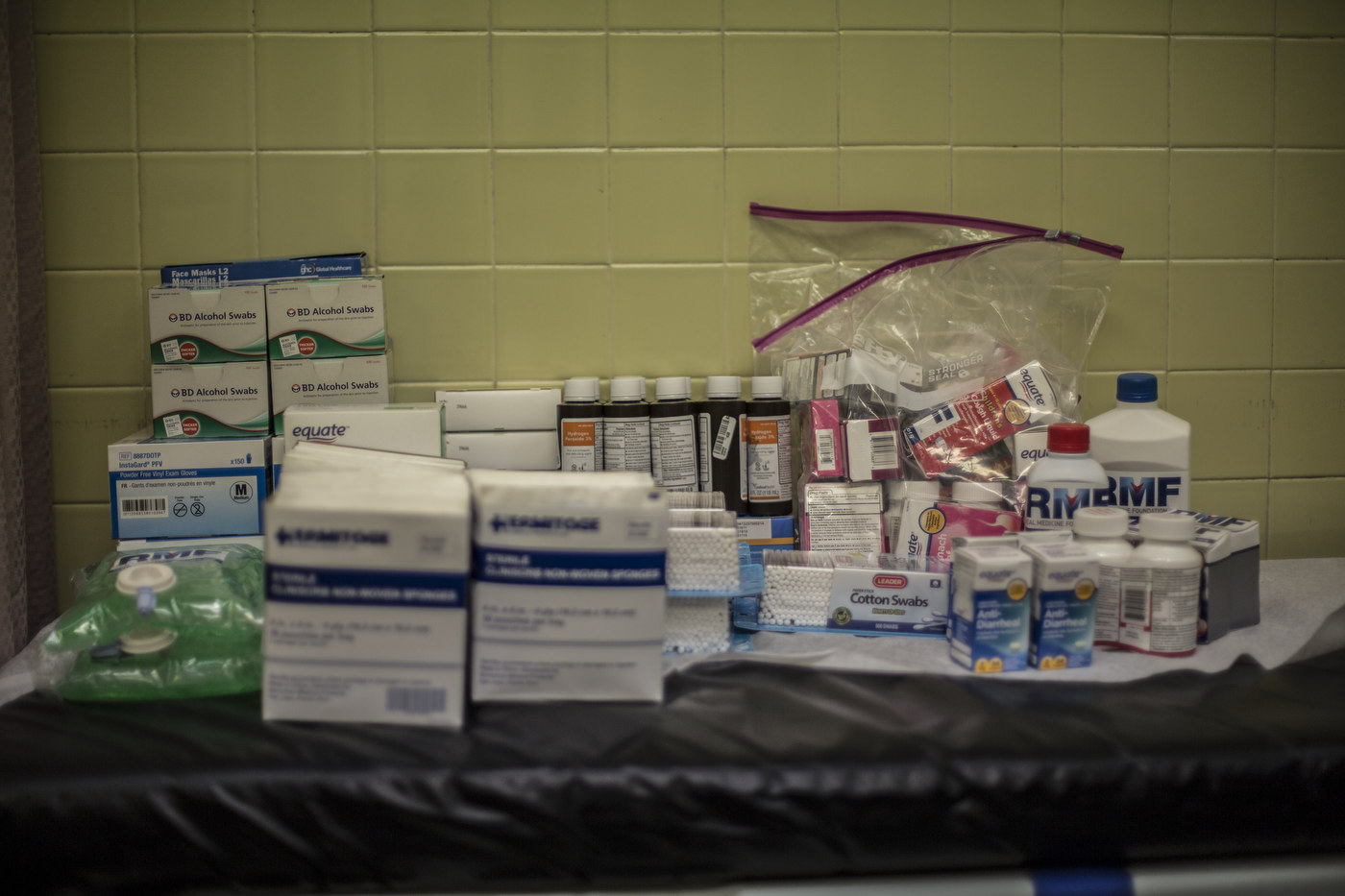 RMF’s planned response will include the following activities:

The proposed response will improve access to emergency health care and services for remote, hurricane affected communities and displaced persons, particularly critically ill women, children, elderly, and other persons of concern and at risk of communicable disease or those with special medical needs. RMF will also improve access to secondary level medical care at the emergency medical centers of Dorado, Vega Baja, and Vega Alta following the referral of patients by medical staff from within the outreach team.

The proposed response will provide operational relief to the current strain on the functioning healthcare facilities in the affected areas. Rehabilitation of facilities will improve working conditions for primary health center staff, and where appropriate, RMF will support national health personnel and community health workers to receive health service delivery professional development activities that is culturally responsive, language appropriate, and rights-based. 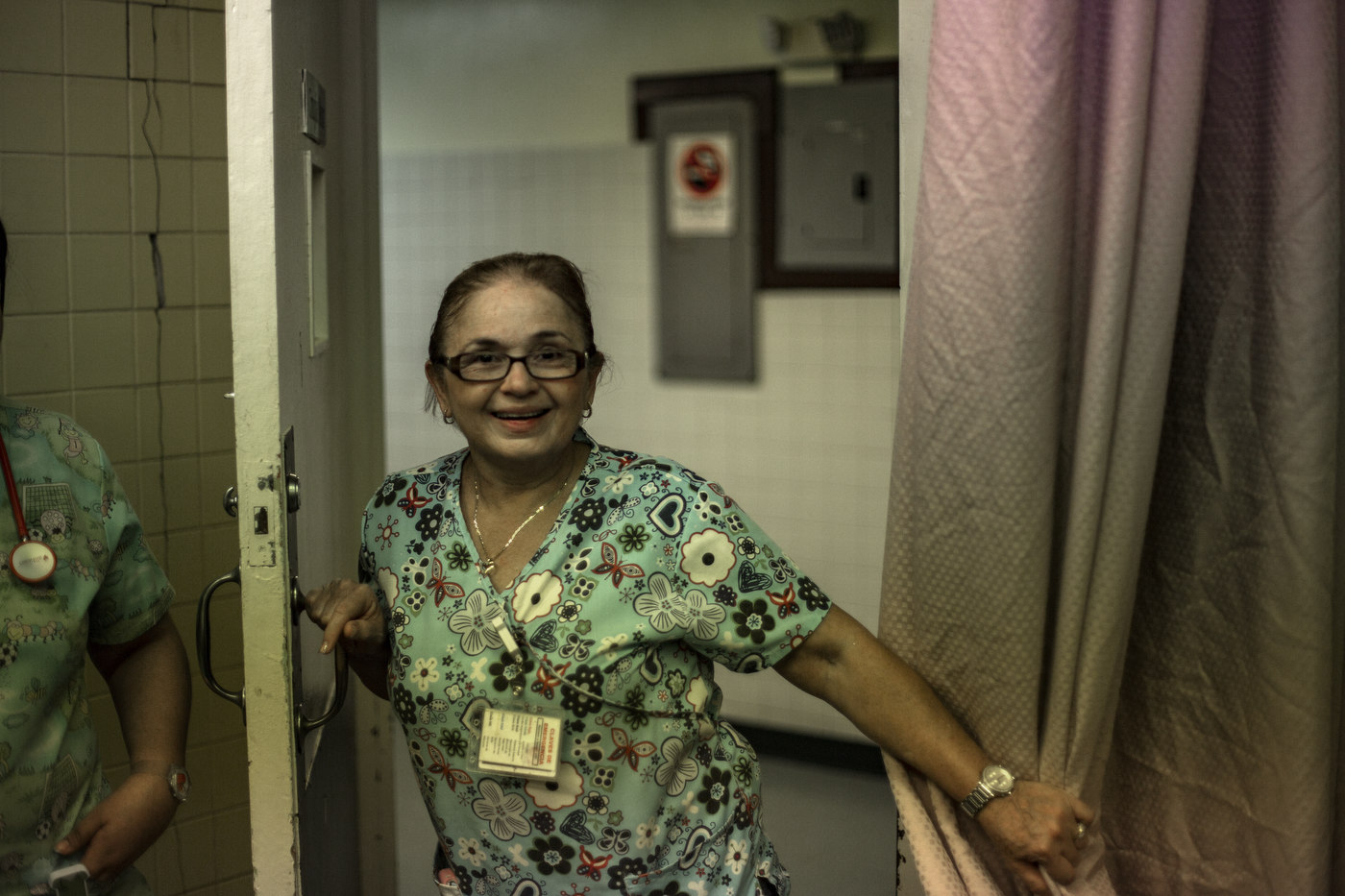 This hospital director was overjoyed when she saw the initial supplies RMF’s team had brought.

On September 20, 2017, Category 4 Hurricane Maria hit the US territory of Puerto Rico. The winds, 155 miles per hour at landfall, completely wiped out the island’s power grid and phone towers. A flash flood emergency was declared in central Puerto Rico, and the island experienced record flooding.

Prior to the hurricane, Puerto Rico’s infrastructure was weak, and the storm left the small island crippled. Across the island, cities reported collapsed bridges and severe damage to roadways. On October 2, almost two weeks after the storm, 55% of people were still without access to drinking water, only 1 of 69 hospitals was fully operational, and 80% of the island’s crops had been destroyed. The full extent of the damage is still unclear, as most telephone and internet lines are still down. The damage has left many rural areas isolated, without access to communication or desperately needed supplies: food, water, shelter, and medical supplies.