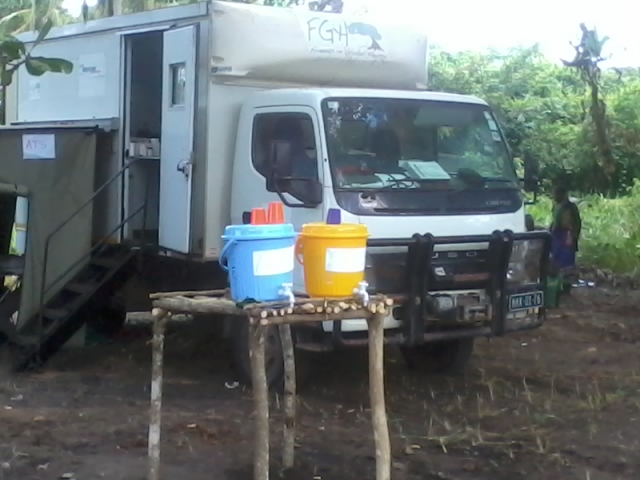 Increase the number of people with access to health services, as well as the number of patients enrolled in HIV care and treatment services in areas supported

During this reporting period, specifically between the dates of January 12th to March 28th, 2015, Zambézia province was impacted severely by massive flooding/heavy rains, which caused disruptions in technical assistance/service delivery in FGH-supported districts. Based on official information from the Operational Center for Emergencies (COE) received on March 4th, approximately 96,000 persons were temporarily displaced province-wide, approximately 7,013 of which resided in Namacurra district.   The Mobile Clinic team, in collaboration with the FGH multidisciplinary team based in the Namacurra, provided technical assistance and support to the DDS/DPS to address the following essential service/support areas:

Number served/number of direct project beneficiaries (for example, average number treated per day or month and if possible, per health condition):

The Mobile Clinic team continues to strengthen the technical and logistical capacities of local personnel through clinical mentoring activities and on-the-job training. In addition to daily lectures given on disease prevention, community members benefit from health counseling and testing in screening rooms where, on a voluntary basis, individuals can be screened for malaria, TB, STI, HIV, etc. The MC team also provides management support and aids in medication (ARV’s, cotrimoxazole, isoniazid, ferrous salt, mebendazole, etc.) and blood sample transport.
During the quarter, supervision activities and TA in the areas of C&T, Pharmacy and MCH continued.
During this period Mobile Clinic and FGH teams were helping health staff from the health facility to attend displaced people in the Ronda Camp.

There were no changes in the health facility staff; all of them had been oriented in previous quarters and are working in their routine areas with the support of the Mobile Clinic team and clinical mentoring.

With the integration of the new FGH District Community Health Supervisor (PEPFAR supported), community activities increased during this period, and new GAACs were constituted during this quarter in Furquia. 7 active GAACs are currently in Furquia with a total of 18 patients.

Malaria prevention, diagnostics and treatment were prioritized during the rainy season (when malaria cases increase).

HIV testing is also implemented in the vaccination sector following the recommended strategy of testing at every entry point to the health unit.

During the reporting period, weekly meetings (4 per month) were held with every support group (with an average of 7 participants per group); Mobile Clinic Counselors jointly with HF staff participate in those meetings.
Ogumaniha volunteers are still providing support in the identification and referral of malnourished children and in the preparation of enriched foods. 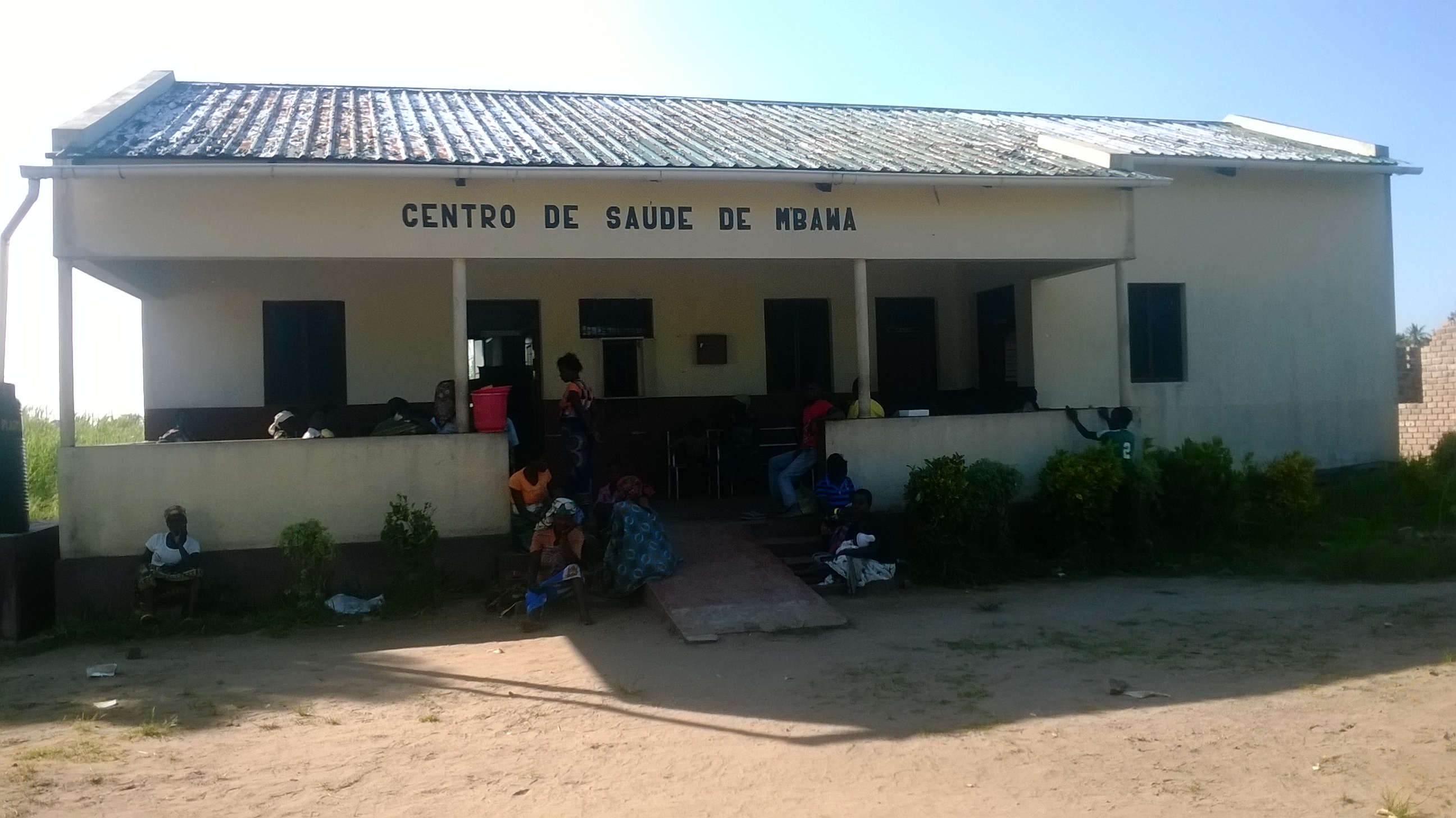 There were no changes in the health facility staff; all of them had been oriented in previous quarters and are working in their routine areas with the support of the Mobile Clinic and clinical mentoring teams.

Due to heavy flooding, numerous roads and bridges were impassable, which significantly limited mentoring activities as well as clinical, laboratory, and pharmacy/supply chain support and caused sample transport limitations. From 12 January to 27 February, the road to Mbawa was not passable and consequently the Mobile Clinic team was not able to provide any assistance to this health facility with the exception of one week where one motorbike was able to pass and supply some essential drugs and relief items.

20 Active GAACs exist in Mbawa with a total of 56 patients.

As in Furquia, malaria prevention, diagnostics and treatment were prioritized during the rainy season (when malaria cases increase).

HIV testing in the vaccination sector and other entry points within the health facility was implemented following the recommended strategy of “massive” testing from the DPS.

There are 4 existing Health Councils (Conselhos de Saude), in Mbawa sede, Tatioi, Maroda and Machawa similar to Furquia, for reinforcement of the community clinical linkages, and they meet four times per month.  During the quarter, activities focused on coordination of monthly meetings held among the Health Councils and Health facility staff (and participants are Traditional Birth Attendants, Community Leaders, DOTs Volunteers, Health Council Volunteers, APEs, Religious Leaders, FGH District Community Health Officer and Health Technicians) with an average number of 60 participants in Mbawa sede and Taioi, and 25 participants in Maroda and Machawa. Consented case finding is supported by 4 ETC volunteers and 3 DOTS volunteers who participate in the weekly adherence committee (Comite de Adesão-CAD). 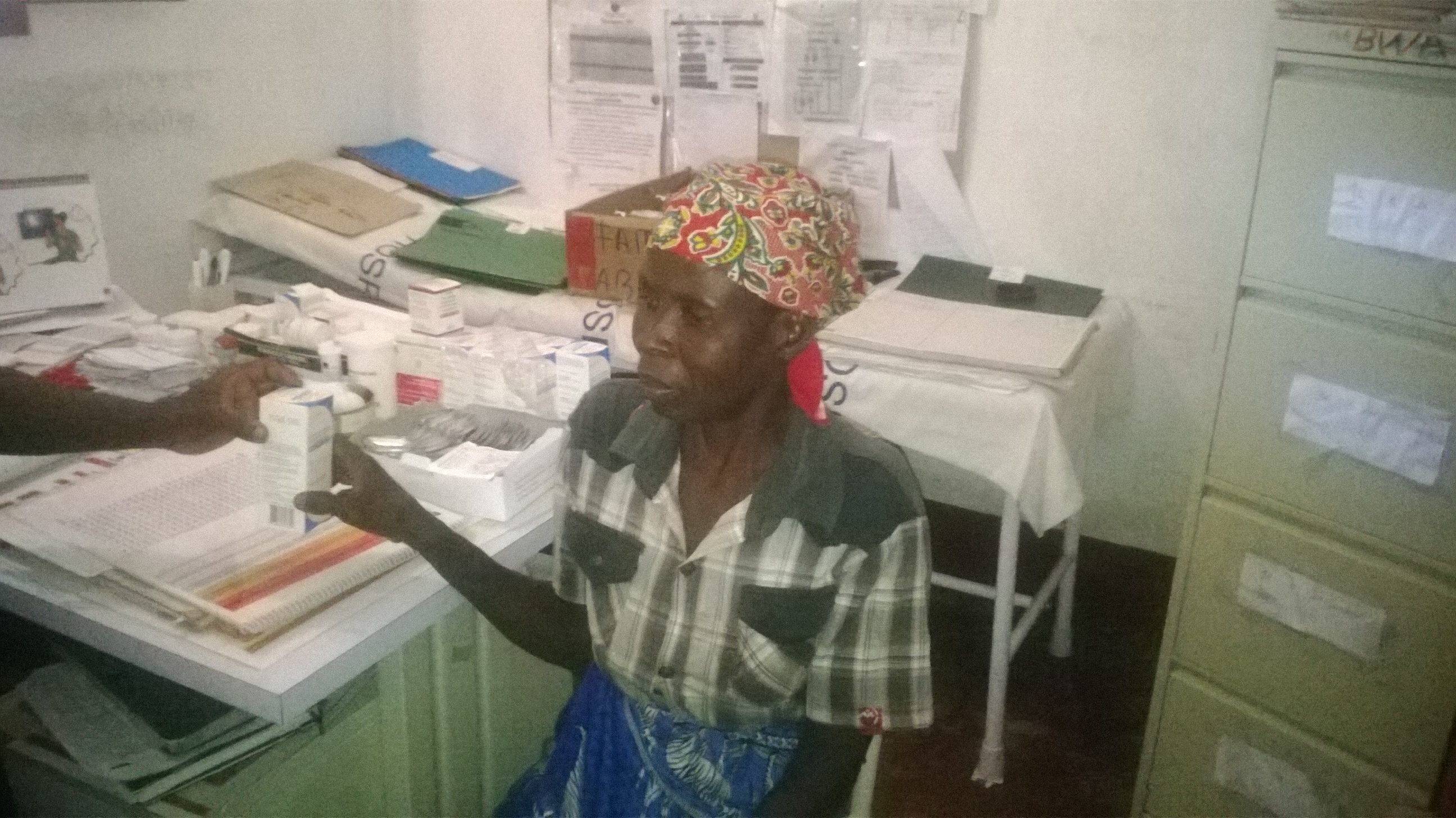 NOTE: As a consequence of the floods and the subsequent isolation of Mbawa and high number of displaced people who were not able to come to Mbawa health unit, there is a general decrease in the number of beneficiaries reported this quarter compared to previous reports. On the contrary, the number of pregnant women and children receiving services is higher than the previous quarter. One possible explanation for this could be that more women and children remained in the displaced persons camp of Furquia (as they don´t have farms to work because they were destroyed) while men went out for other business.
Provision of Prenatal & PMTCT services (universal ART) for pregnant and lactating women:

With the incorporation of the new District Community Health Officer, the community health activities were reactivated and the number of consented case finding increased during this quarter.

The arrival of the new District Community Health Officer increased the community activities and the number of visits for priority groups is much higher than in the previous period.  In order to improve adherence to the HIV care and treatment program, patients with low HIV care adherence, HIV exposed  children without PCR test, patients initiating ART and post-partum HIV positive women 168 (128 in Furquia and 40 in Mbawa) were visited and 133 found (79.1%).

As in previous reports, other groups like Traditional Birth Attendants, Traditional Healers, Home-Based Care Volunteers continue to provide information and health promotion among the community and refer pregnant women and other patients to the health units.

CARE and treatment of patients in resettlement camps

Due to the extreme flooding throughout Zambézia province this rainy season, twenty-year-old Costa Manuel Soares, a young man from Furquia in Namacurra district, is currently residing in the Ronda resettlement center. Costa was identified by the Mobile Clinic team through their collaboration with local leaders working at the resettlement center in Ronda. He was in a critical health situation, complaining of a bad cough and weight loss for more than a month. Through the Mobile Clinic team assistance, Costa was tested and diagnosed with pulmonary tuberculosis (TB). As TB is often associated with HIV, the team also conducted an HIV test for Costa. 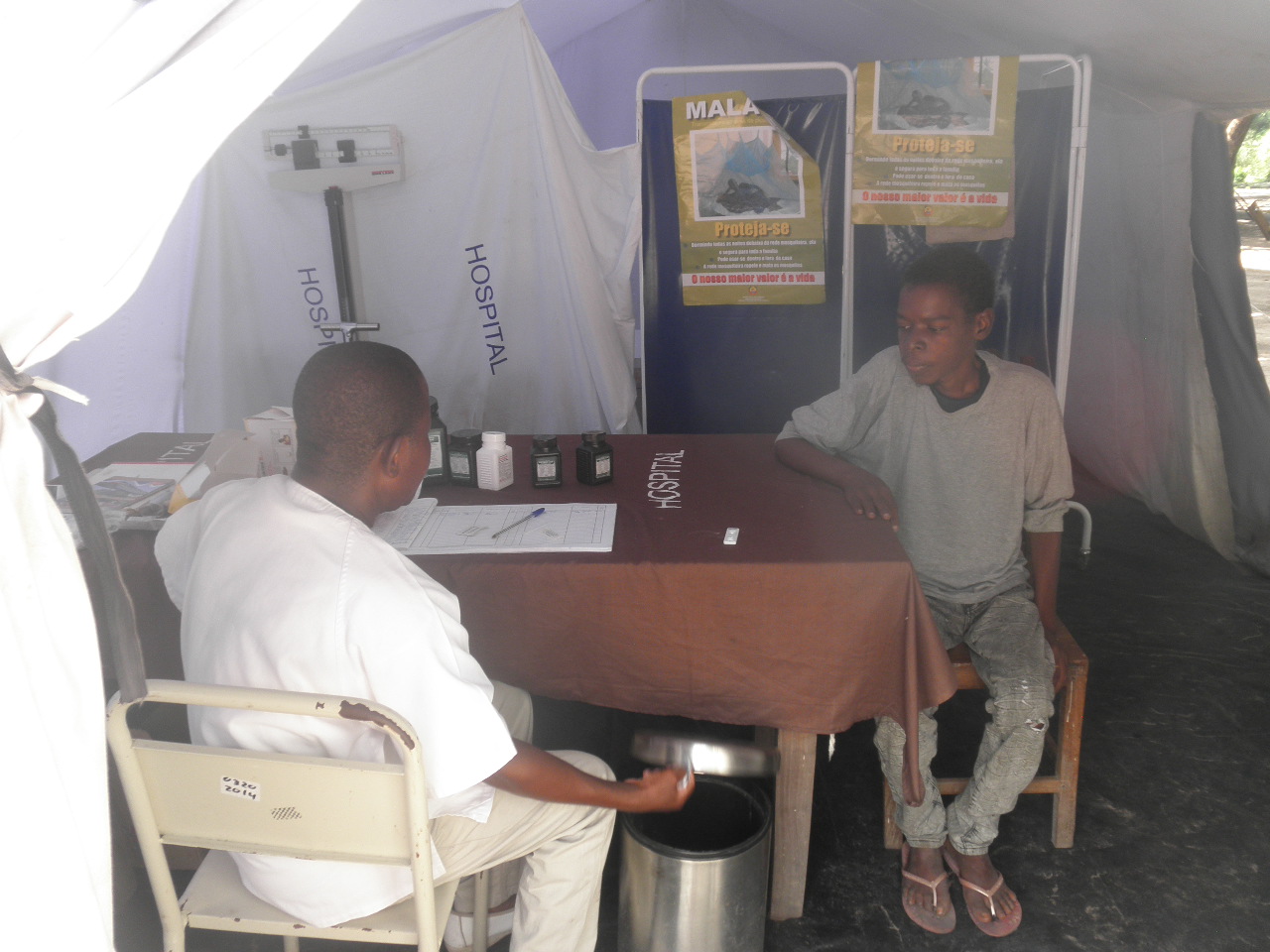 Costa recounts:
"I was very ill and unable to even walk to the bathroom, constantly coughing with mouth sores and total fatigue. With the support of DOT-C volunteers I was referred to the Mobile Clinic in the resettlement center, directly to the office of health counseling and testing. I received a consultation by the Tecnico, since my case was suggestive of TB, and he had to take a sample of my sputum. After the arrival of the results, it was concluded that I should immediately start the treatment of tuberculosis, but since TB is associated with HIV I also received an HIV test. It was positive. I did everything according to medical recommendations (for TB treatment), and two weeks later I started with anti-retroviral treatment (ART). Now I feel much better, since I can do some activity every day, just two months into treatment. My younger 5-year-old sister who lives with me is also taking preventive treatment with isoniazid to prevent TB. I also receive regular home visits from health activists, which makes me more secure. " 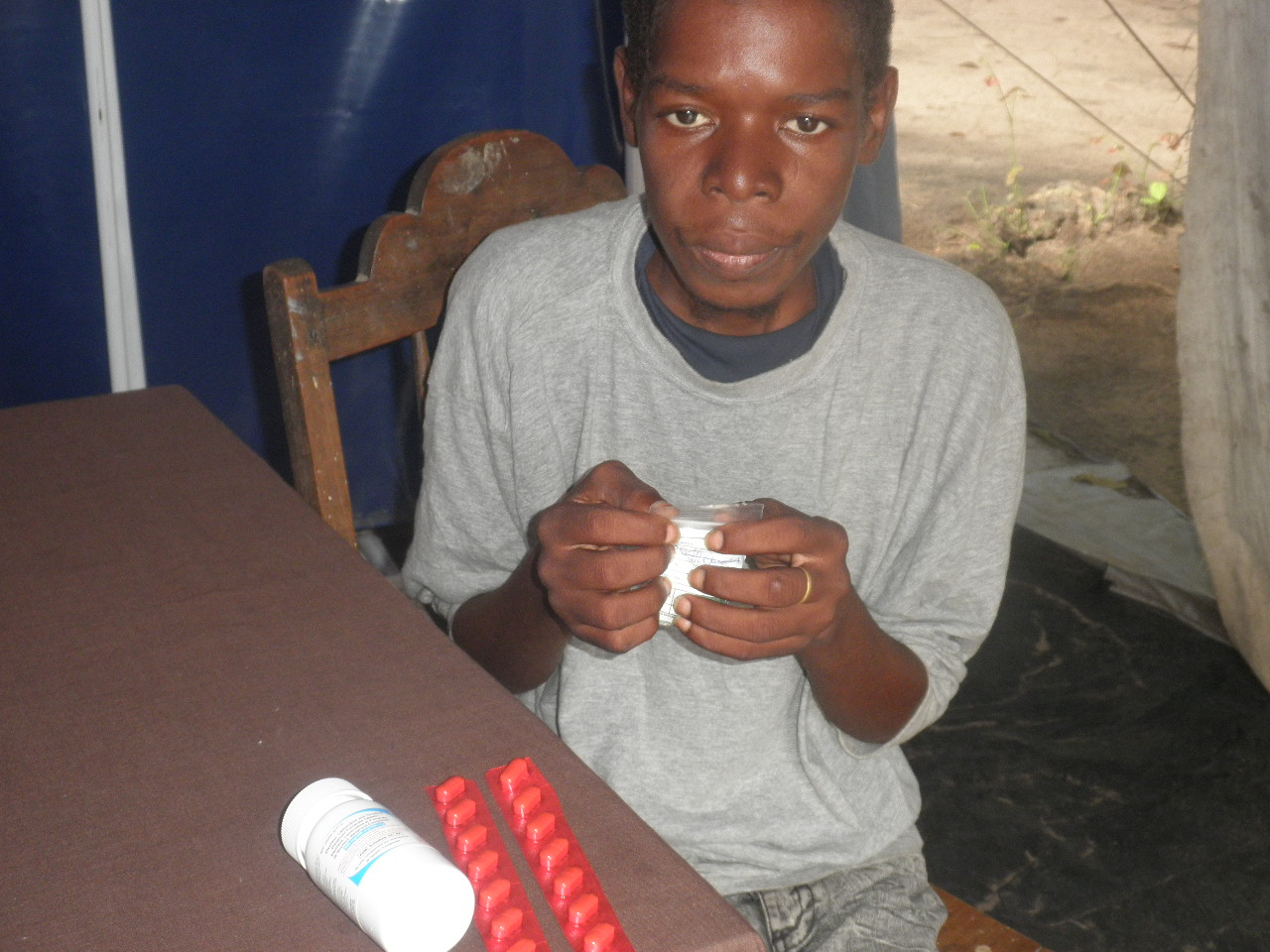 Tonito Pedro is a 33-year-old resident of Nante in Maganja da Costa district, the lowlands across the bank of the Licungo River. Tonito is living with HIV and has been supported for ART at the Nante Health Center since 2013. However, with recent flooding blocking access to Nante, much of the population was forced to take refuge in the town of Furquia. Tonito was among these community members stranded in Furquia, and he soon began to worry about his lack of access to ART. This was compounded by the fact that he had none of his hospital documents handy.

The timely intervention of the Mobile Clinic at the Ronda Resettlement Center in Furquia helped establish a flowchart for care of the displaced patients via lists containing the names of patients enrolled on ART services from surrounding health facilities for the rapid identification and monitoring thereof.

After taking part in health lectures given by the Mobile Clinic health counselors at the resettlement center, Tonito gave the following testimony:
"I found myself stranded at the farm on the banks of the Licungo River, where I cultivate my crops during most evenings. I realized the rising flow of the river, which ultimately led to floods, causing a roadblock to access the location of Nante in Maganja da Costa district. I had to take refuge to another side of the Licungo river bank, the location of Furquia, along with others. On our arrival we were directed to the Ronda Resettlement Center. After attending a lecture given by health personnel from the Mobile Clinic, I approached them and identified myself as a patient on ART. They informed me that they could help keep me on track with ART, and their team referred me to the Furquia Health Unit, where I was attended to promptly, received my drugs and was given a new ID card. I was happy to be serviced, because it was impossible for me to go to the Nante Health Center for my medication. In my most recent visit, I was informed that I could now return to Nante, and they gave me documentation to present the Nante Health Center that would justify the continuation of my treatment even being absent from their perspective." 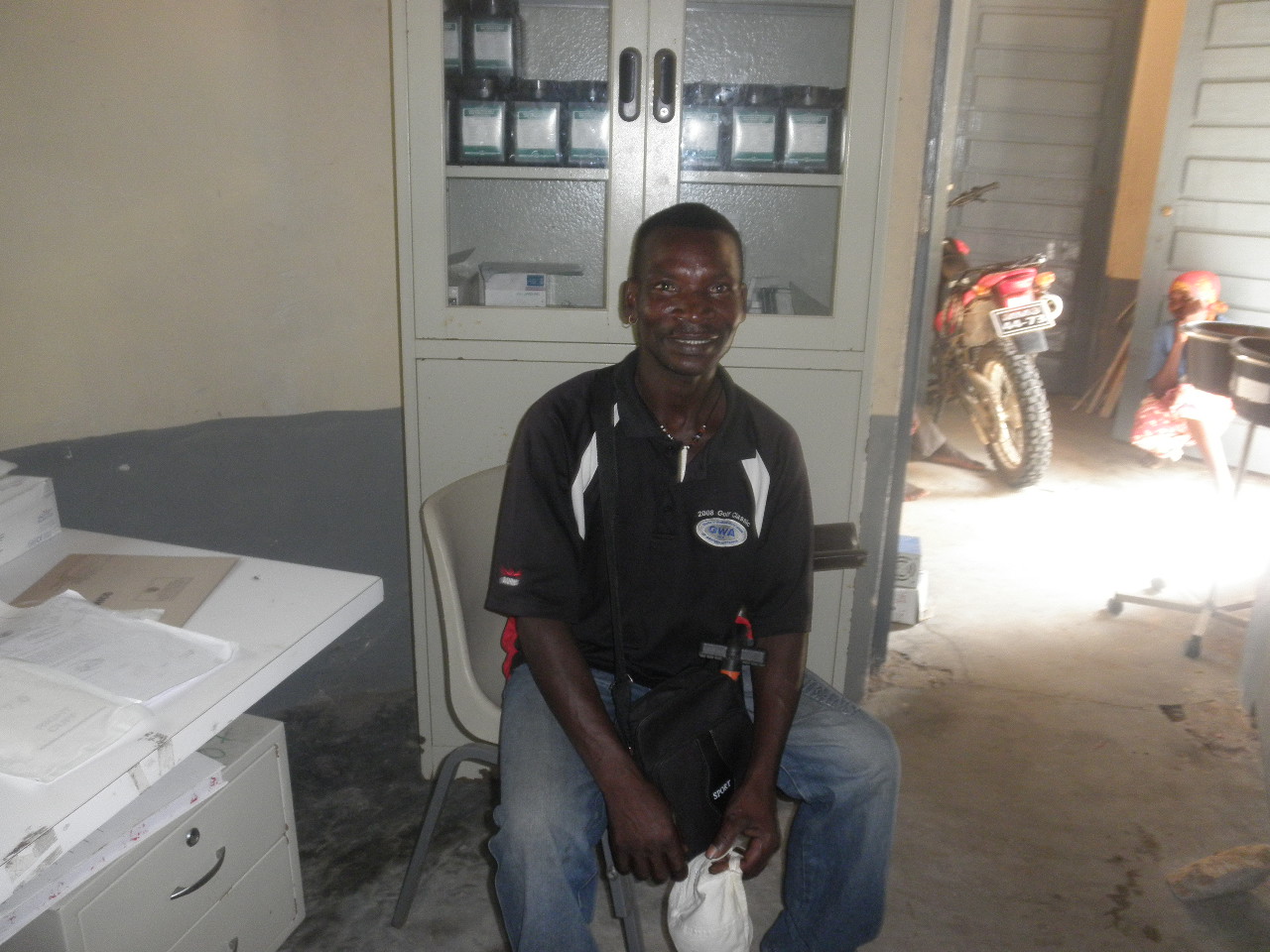 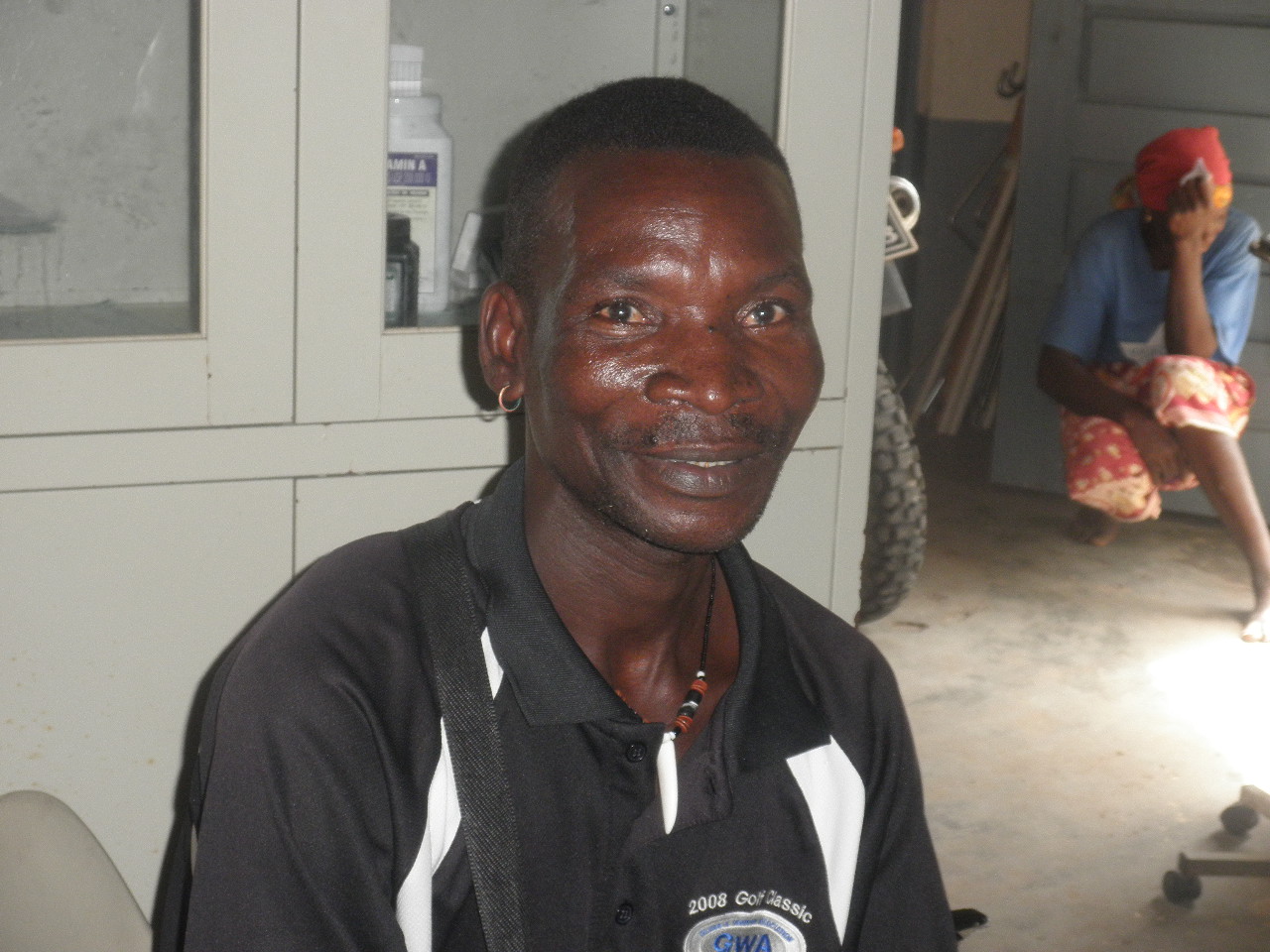 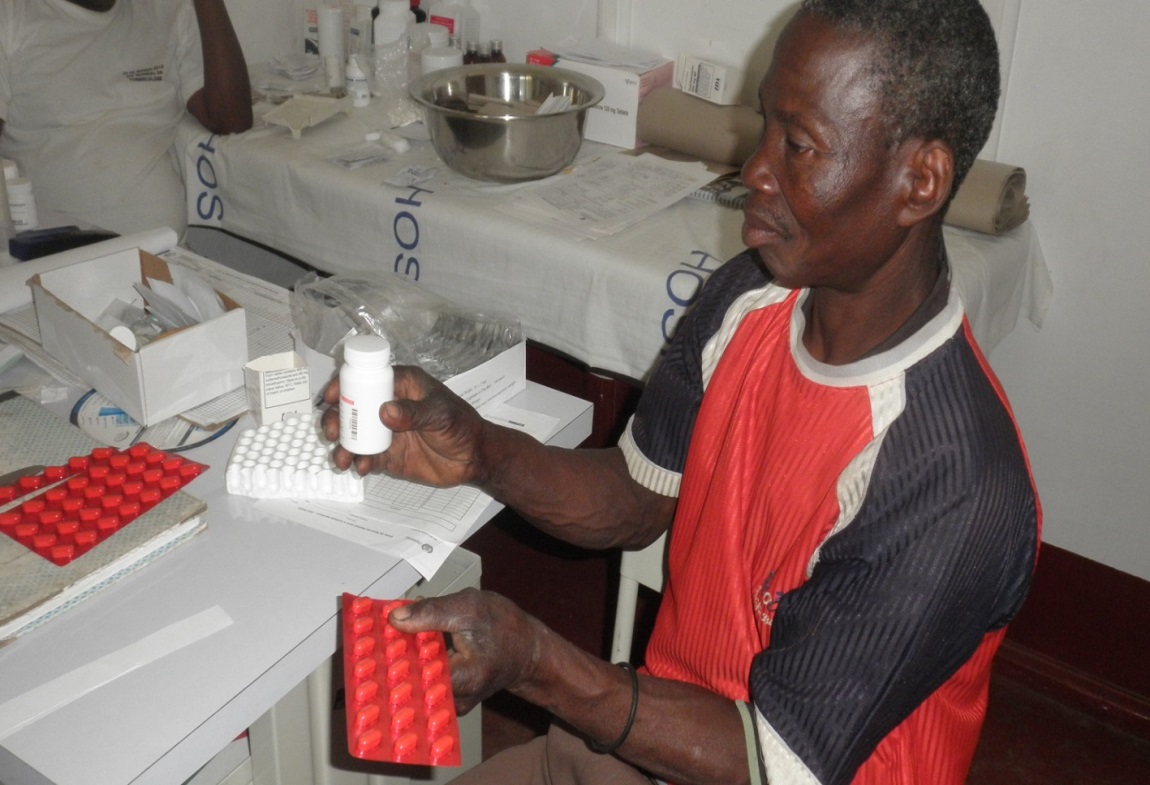 Another ART patient from the Ronda Resettlement Center receives his medication