The Real Medicine and Nutrition Trust (RMNT) has been working in India since 2006 and is currently operating in southwest Madhya Pradesh (MP) with a focus on malnutrition, and HIV prevention and care in 600 villages across 5 districts. RMNT’s staff of 65 local women known as ‘Community Nutrition Educators’ (CNEs) work closely with Anganwadi workers (AWWs), ICDS supervisors, and local leaders such as members of Village Health and Sanitation Committees and panchayats, to close the gap between resources available and the families who need them he most.  Through a partnership with the MP Department of Women and Child Development, RMNT provides capacity building and support to AWWs to hold monthly community nutrition awareness and training sessions, and assists AWWs to conduct home visits for one-on-one counseling with the families of malnourished children. 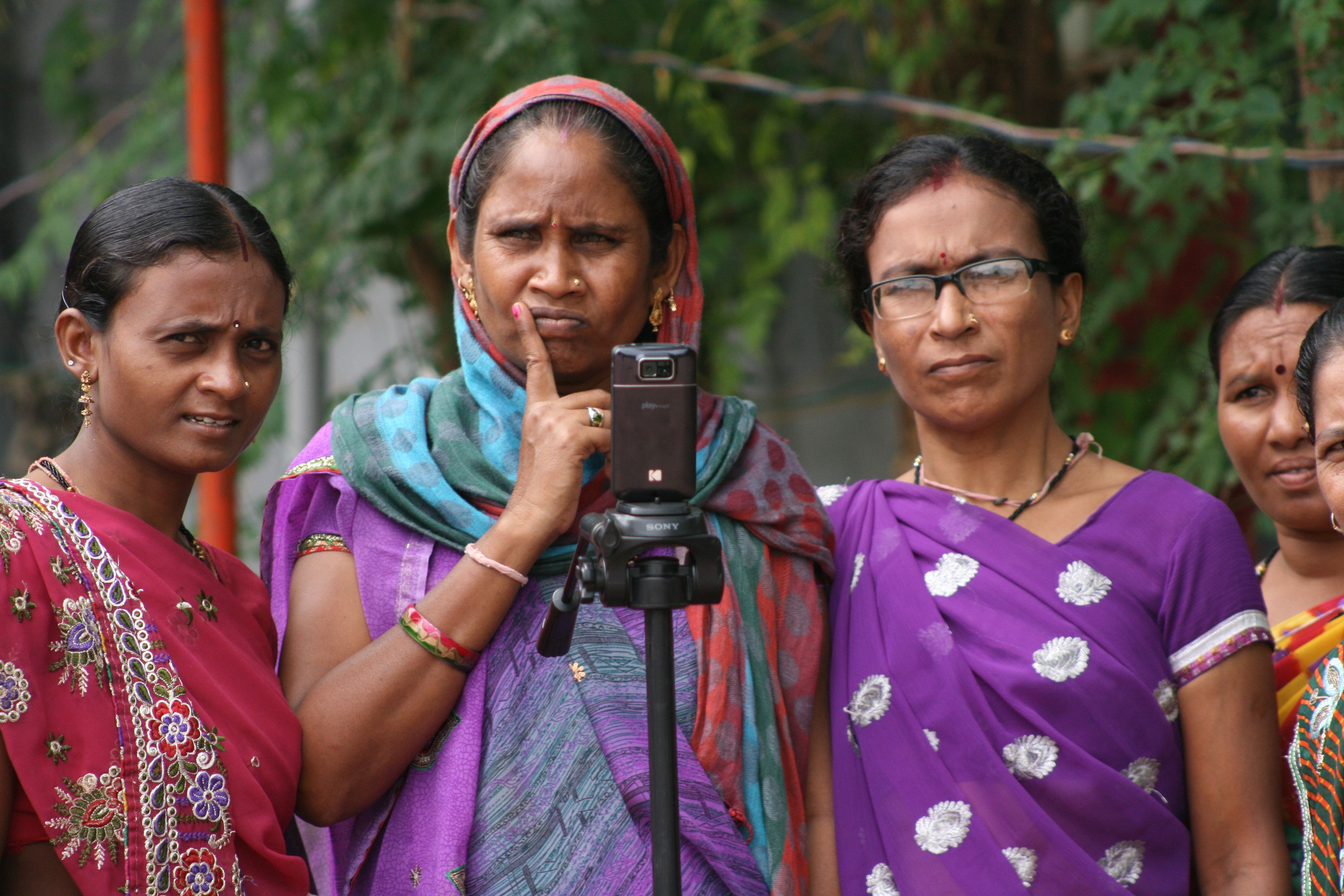 RMNT developed training modules and IEC material specific to the districts that we work in, including local languages, misconceptions, superstitions, and local nutritious foods into our counseling messages.  By partnering with Digital Green (DG), RMNT adapted our existing counseling messages and materials into video format to increase the reach of our messages. With assistance from Digital Green, RMNT staff designed, shot, edited, and screened videos in communities to help spread our nutritional and health education messages. These sessions are held with individual families in their homes, at Anganwadi centres, and in the evening with mothers’ groups and other community members who may be unavailable during the day. By utilizing videos specifically emphasizing the need for treatment of SAM, RMNT hopes to overcome barriers to care and increase referral rates with evening screenings. RMNT and DG also hope to test the effectiveness of community based films and adoption tracking for health and nutrition interventions. 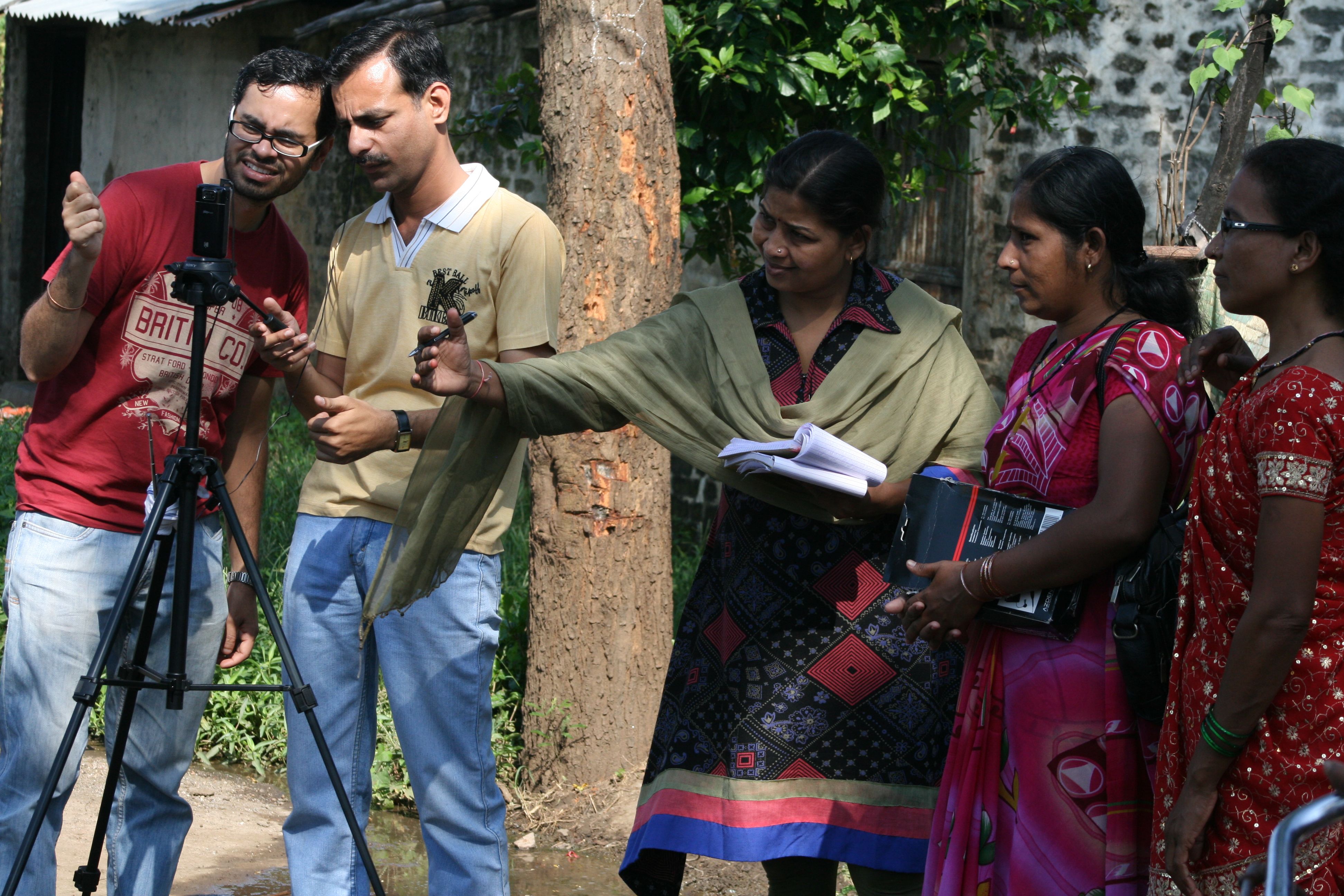 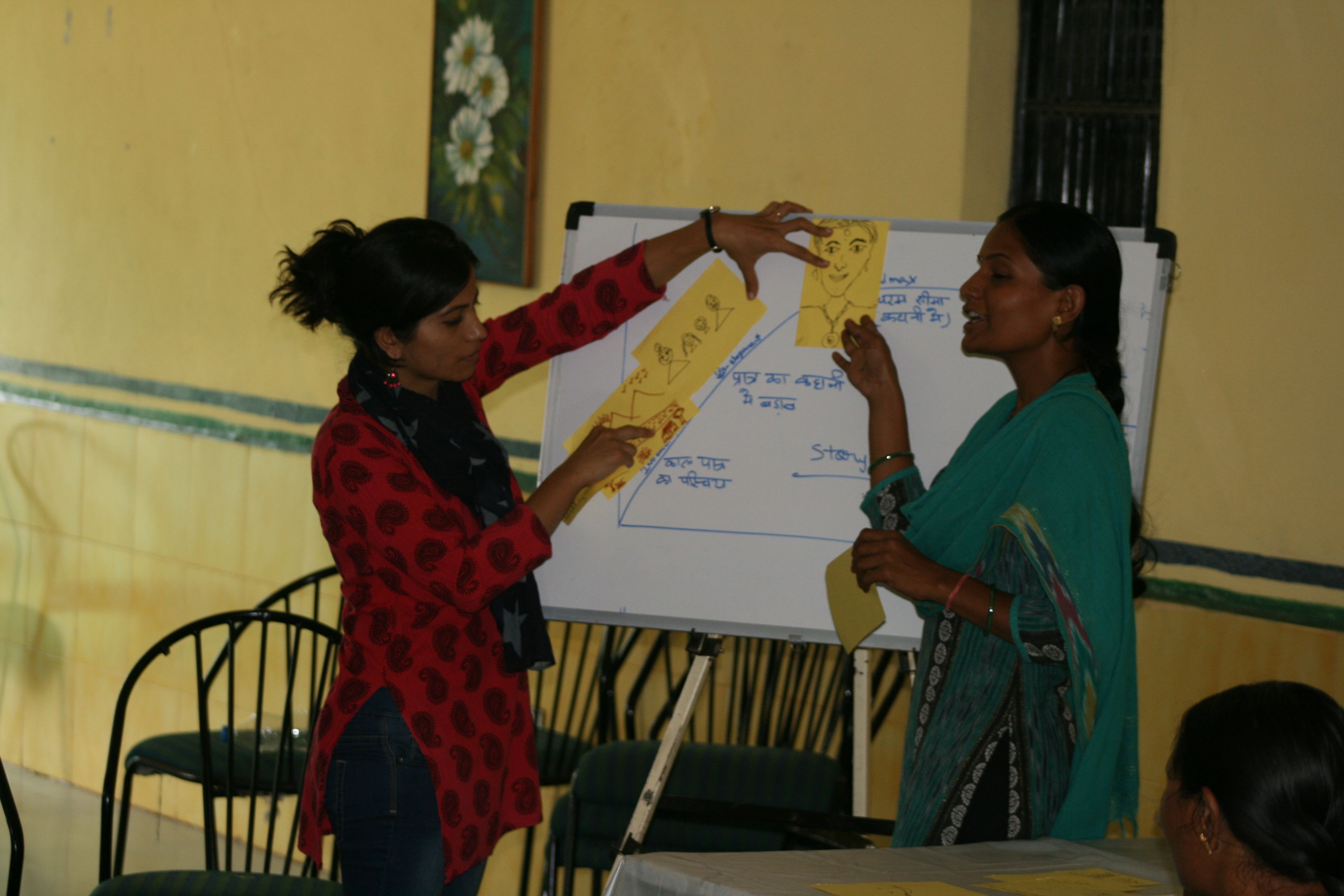 From September 24 through 28, 2013, Digital Green sent two master trainers to our Khandwa site to train RMF’s staff on filmmaking. Over the course of the 5 day trainings, RMF staff learned:

After the classroom sessions, all of the CNEs and our new Video Production Unit (VPU) went into communities to film movies. Using relationships already established over the past three years, RMF was able to recruit local families to star in the films, and coordinate with frontline worker to provide information on government services available, growth monitoring, and supplementary nutrition.

After completion of the initial films, a second training for field staff on dissemination in the communities was held from October 23-25th. This training focused on:

After successful trainings of the CNEs in Khandwa District in September, RMF began full operations with videos in October, producing four videos per month and screening in 50 villages. From January through March, RMF’s team completed more video production and also expanded operations to full program coverage. 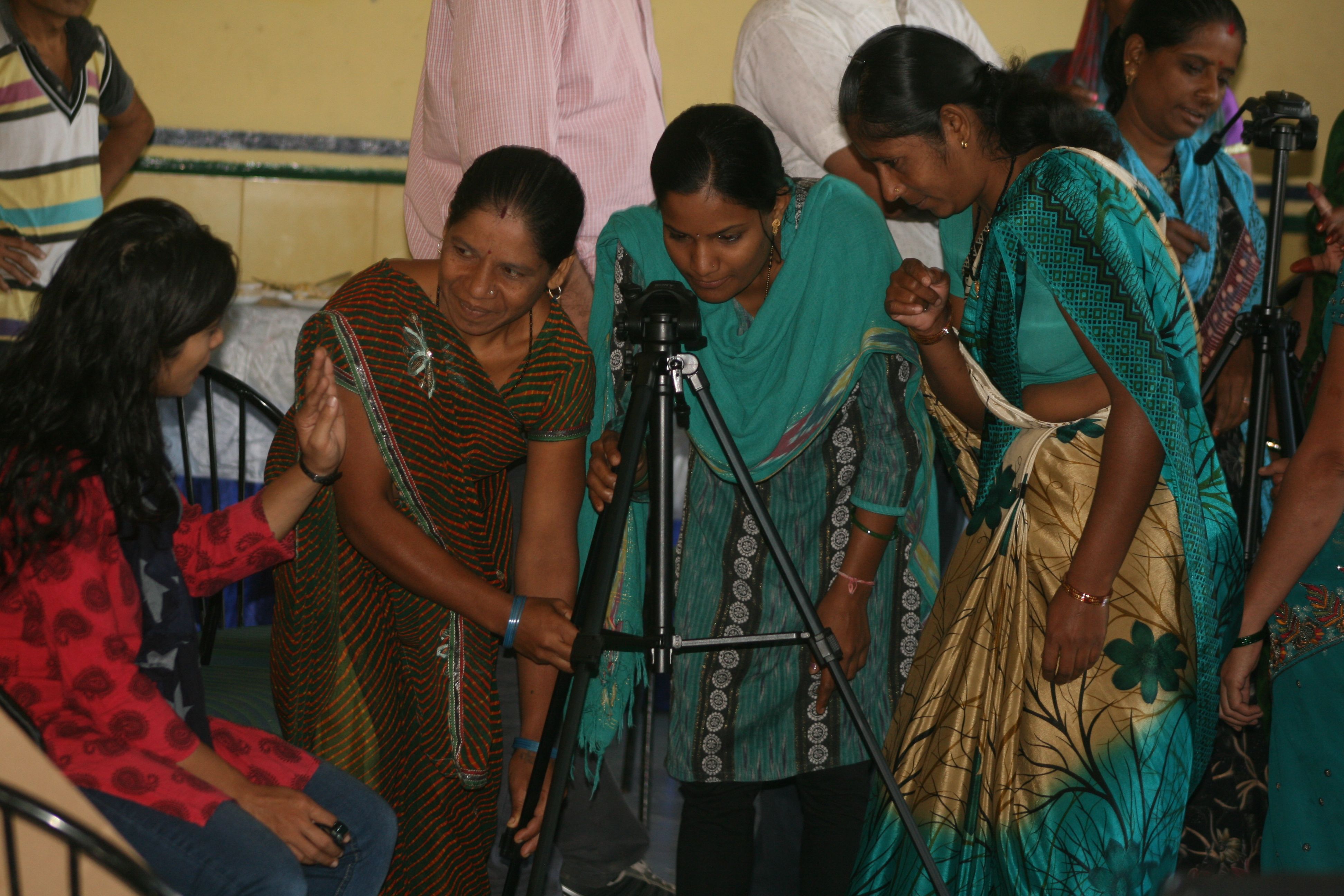 RMF’s program focuses screenings on targeted populations of mothers and families with children under 5 years old in 3 district settings:

After working initially with only 50 villages, RMF CNEs began working in 100 villages, starting in February. Since late October 2013, RMF: 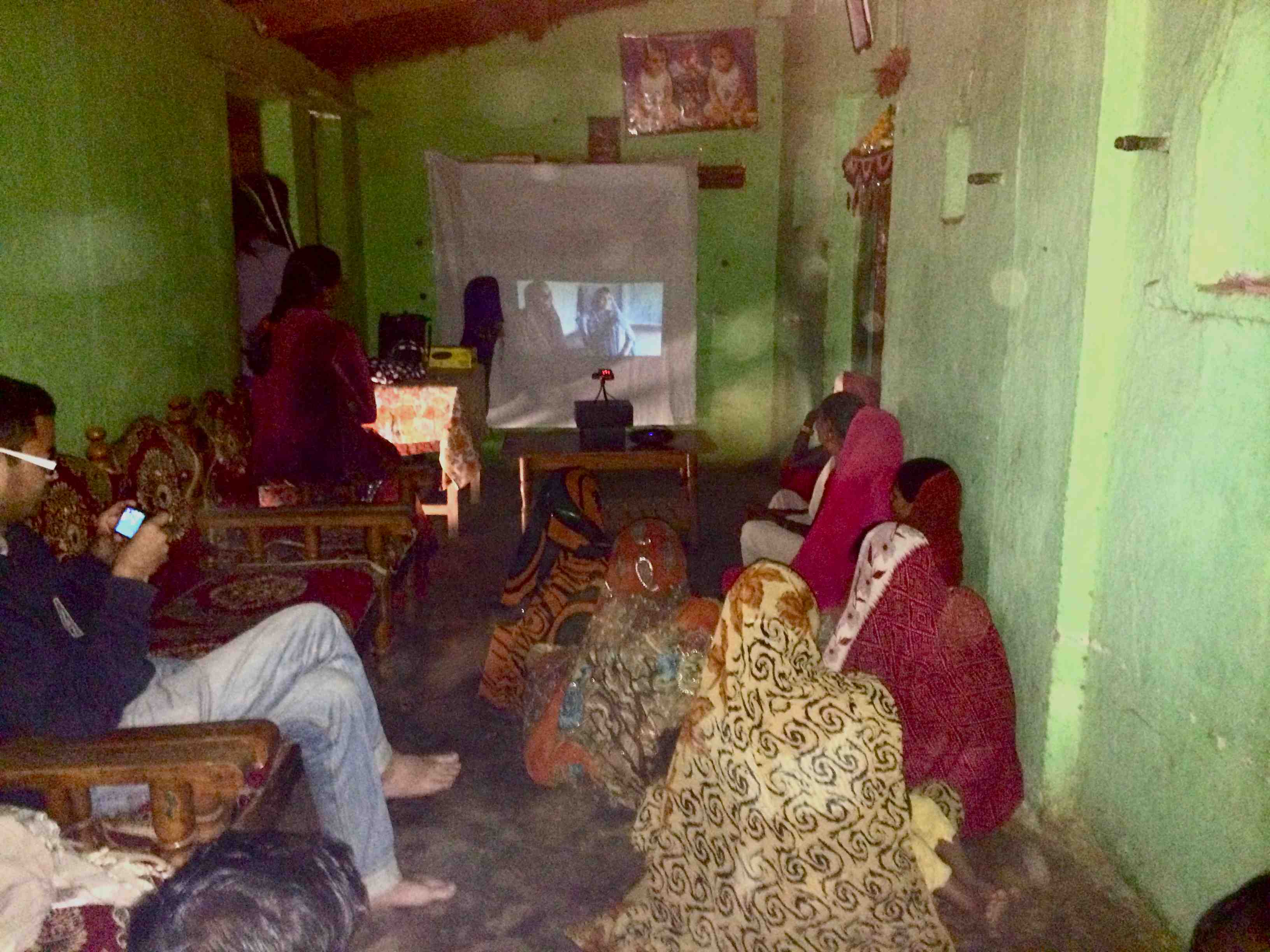 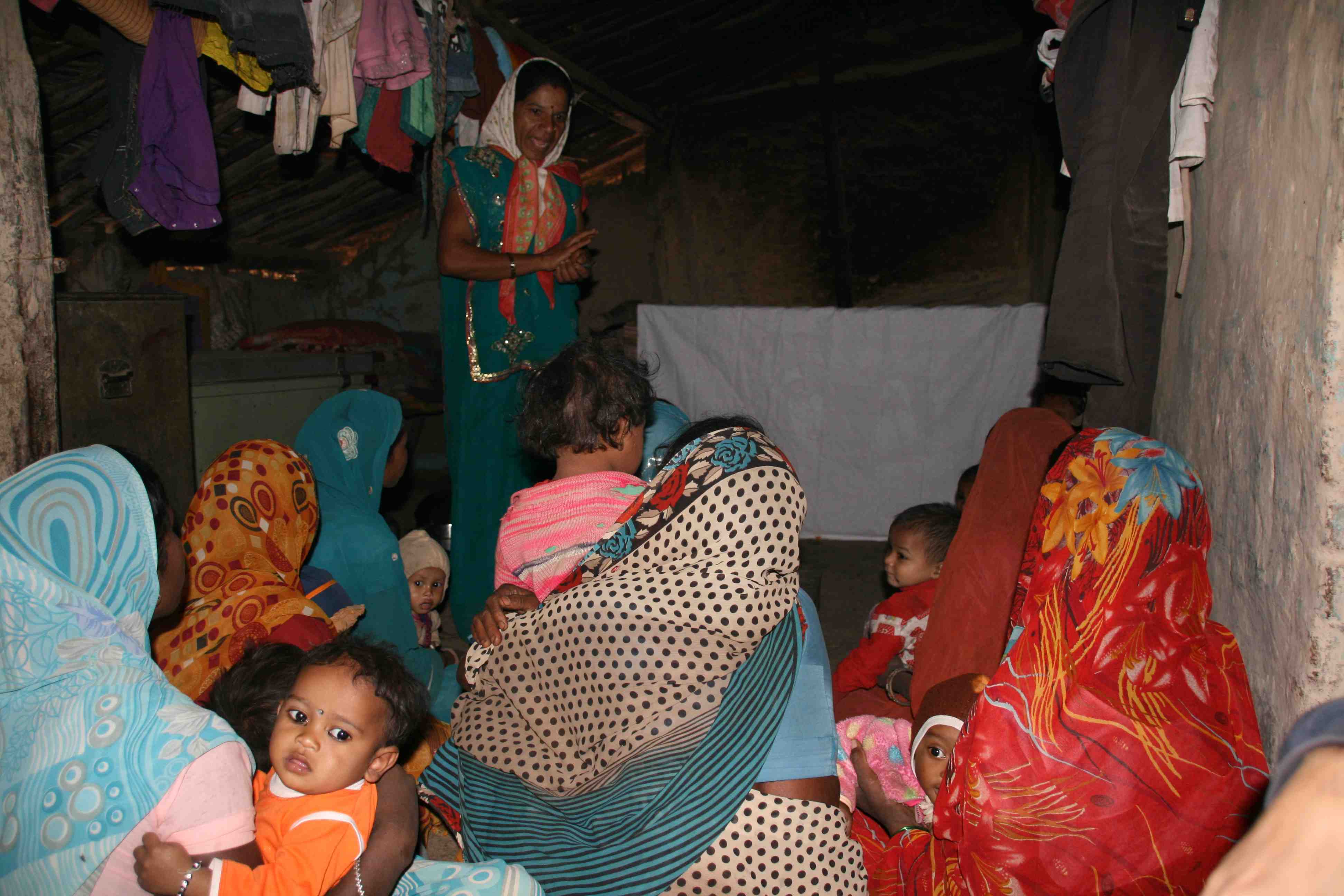 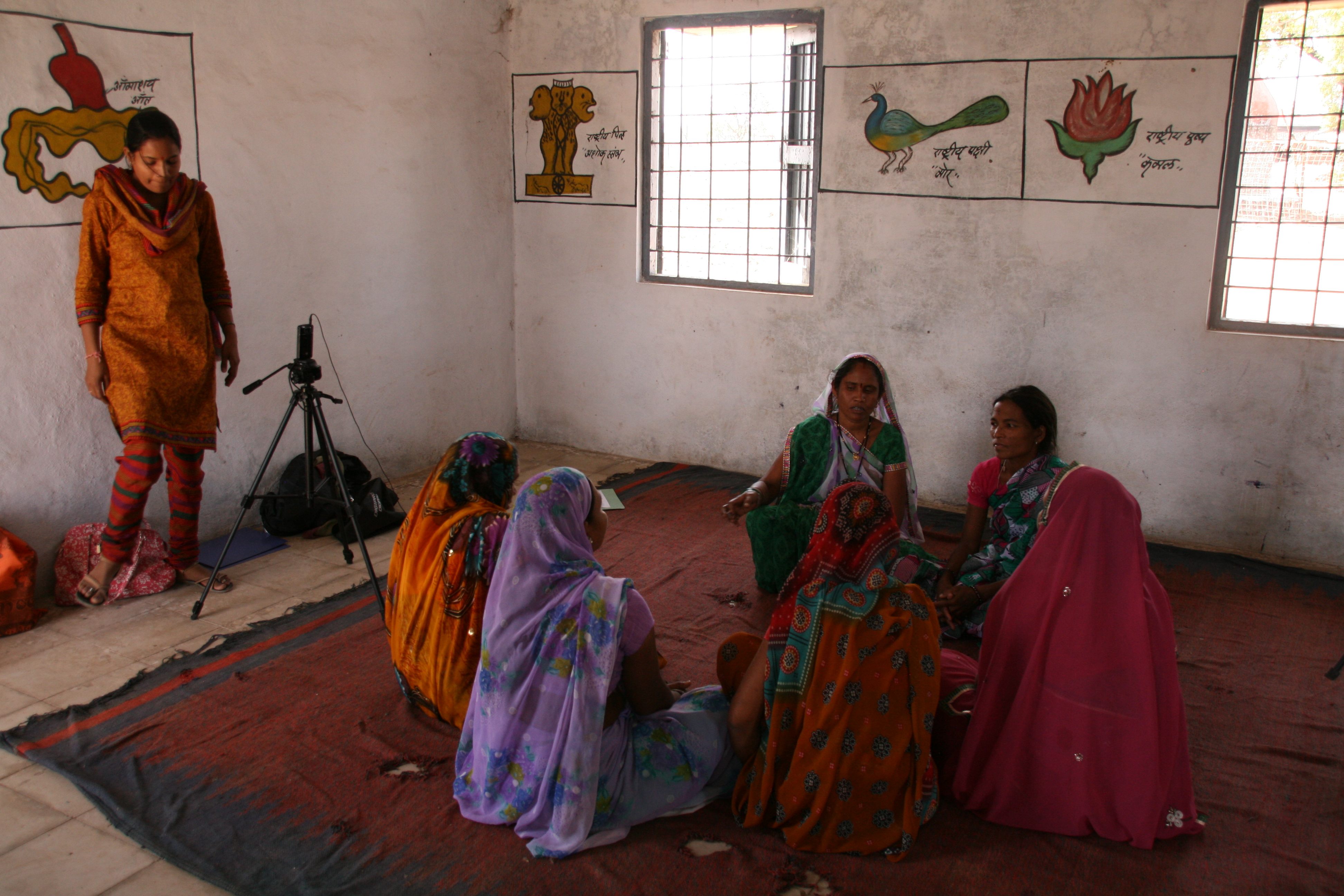 Staggered Video Production and Rollout
RMNT and DG set out to produce 40 videos on various health, nutrition, and sanitation topics throughout the course of the 12-month program. During October 2013, the new Video Production Unit (VPU) and CNEs were trained on video inception, storyboarding, scripting, shooting, and editing. Videos on two core topics, SAM identification, management, and treatment, and MAM identification, management, and treatment, were produced before field disseminations began. RMNT’s initial strategy was to stagger rollout of new videos, producing 4 each month and introducing new topics in disseminations. 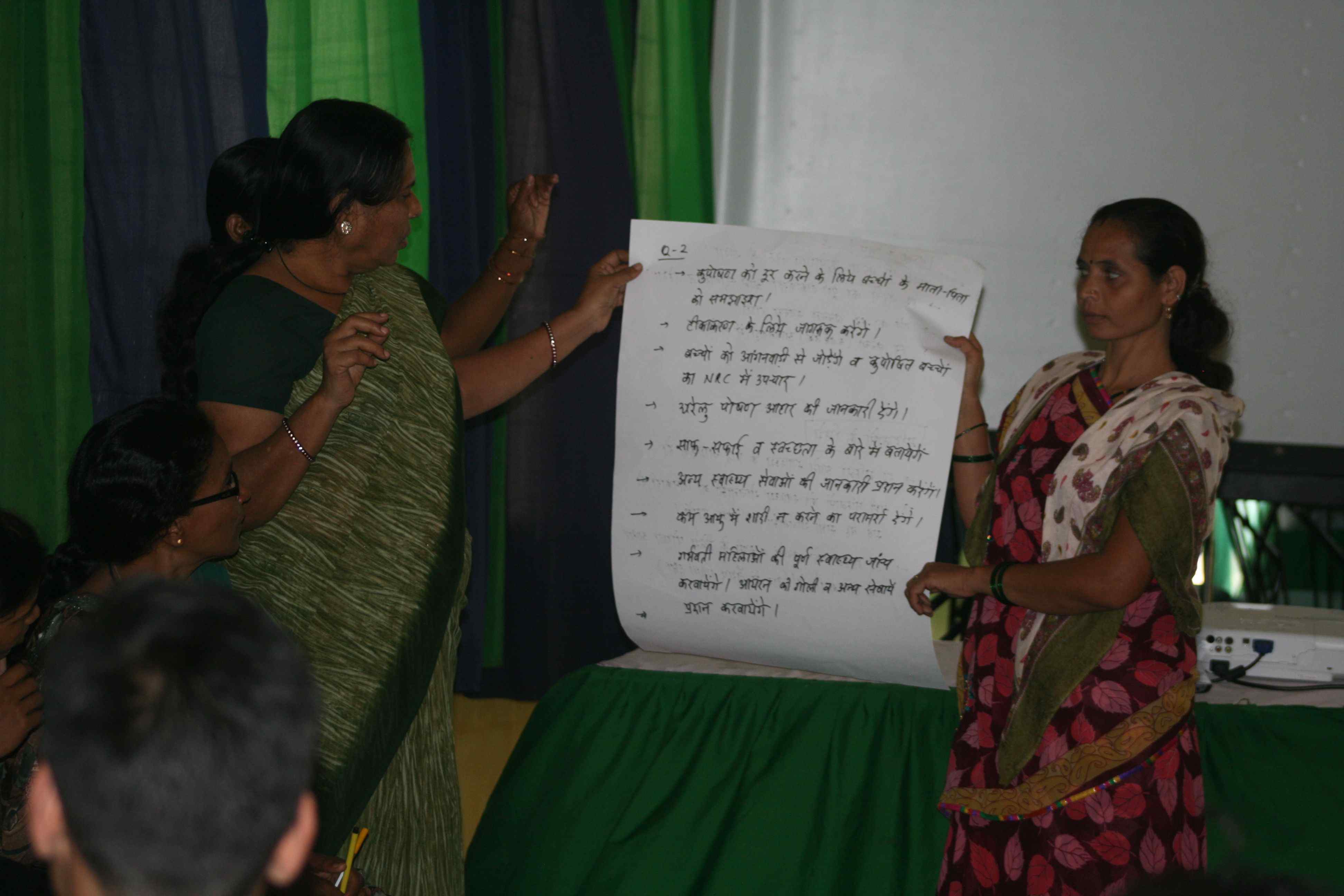 However, the rapid rollout and staggered production presented many challenges. Despite training, estimated video production times for the inexperienced staff took an average of 7-9 days per video, rather than 3-5 as planned. This unanticipated delay led to several challenges during the initial phase of program rollout:

Now that all videos have been completed, CNEs are armed with a full toolkit of films, verification tools, and audience selection criteria to make disseminations more targeted, appropriate, and effective. In the future, RMNT recommends a longer project inception phase to complete most, if not all, films and tools in order to better focus resources and respond to challenges in disseminations.

Adoption Tracking and Verification
One of the largest challenges, and learnings from RMNT’s pilot was the initial adaptation of nutrition and health messages, promoting specific adoptions, and verifying the adopted practices from videos. Initially, the program did not see much success in recording verified adoptions, so several course corrections and additions were required. From November 2013 through April 2014, only 446 unique adoptions were verified despite full operationalization and screening to over 7,000 households. The primary reasons for this low adoption rate were

Daily Wage and Intradistrict Migration
Seasonal migration is a large challenge in Khandwa district because of the semi-arid climate and reliance on monsoon rains for agriculture. Most families in Khandwa earn their principle livelihood from June-October from cash crops on small plots of land, and migrate to urban centres or neighboring districts for daily wage work during the rest of the year. Up to 60% of the population migrates after Diwali and returns mid-June in preparation for the agricultural season. Some travel with their families, others leave children with relatives within the household.

However, RMNT’s past experience has shown that families left behind from October though June often have little work and can generally be reached during the day in their homes. However, with increased infrastructure development, access to irrigation on larger farms, and more work opportunities in the district, many families were not available during cluster level screenings. CNEs had a difficult time mobilizing cohesive, complete audiences. However, this did not prevent RMNT from reaching overall coverage targets, but may affect plans to scale and future targets.

Male Participation
Despite evening screenings geared toward male participation, and selectively screening topics geared towards male community members, only 2.6% of viewers were male. While this requires further study, RMNT has observed that:

Mengal Dewas
In December 2013, the Government of Madhya Pradesh officially suspended Mangel Dewas activities at the Anganwadi centers. The thematic counseling provided by the Anganwadi workers was suspended, and instead focused just on ration distribution. While initially RMNT anticipated this would limit participation from community members, it did not affect the outreach of screenings on Tuesdays. In addition, CNEs coordinated with Anganwadi workers and Auxiliary Nurse Midwives (ANMs) to conduct screenings on Village Health and Nutrition Days (VHNDs).

However, these events generally attracted more individuals than appropriate for CNEs; rather than screening films in the Anganwadi centre as initially planned, screenings were instead held in adjacent buildings with clusters of 4-7 individuals.

NRC Referrals
One of the largest challenges facing our CNEs, and the treatment of SAM in MP in general, is getting children requiring treatment to the NRC. Even after successful referrals, the rate of defaulters is very high as many of the mothers cannot stay with their children for the full 14-day course of the treatment.  Each child must have a caretaker stay with them for the entire course of treatment.  However, many of the women are not able to stay that long, or even go to the NRC with their child at all because of family pressure, household responsibilities such as cooking or agricultural work, or the presence of other small children in the household with no other caretaker.