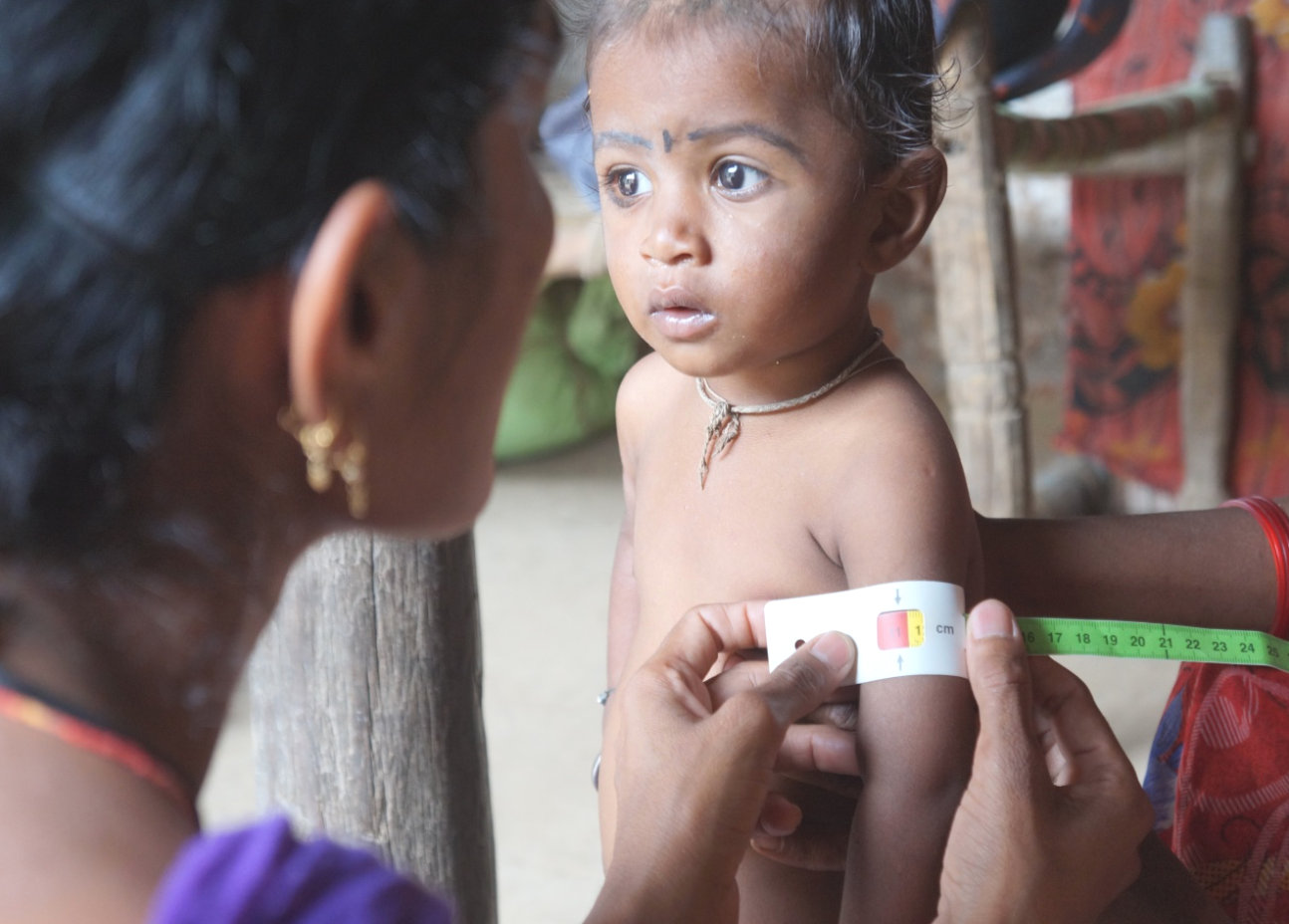 From Sickness to Success

This is the story of Sandhya, from the village of Badgaon in Barwani district.  Badgaon is a tribal village with a population of about 4,100 inhabitants, mostly belonging to Bhil and Bhilala tribes. Most villagers participate in farming or small, casual jobs to support themselves. There are four Anganwadi centers, one middle school, and one Primary Health Center in Badgaon.  The distance to the closest Nutrition Rehabilitation Center (NRC) is about 8 kilometers from the village of Badgaon. Sandhya is a 21-month-old girl who resides in the village with her 3 older brothers and her parents.  The family’s financial condition is not good, because Sandhya’s father is the only breadwinner, and he supports the family by doing casual work whenever he can get it.

Badgaon village is part of Real Medicine & Nutrition Trust’s (RMNT, RMF’s India arm) program catchment.  Sangita Badole is the area’s Community Nutrition Educator (CNE), and often ventures into the village as part of her routine community-household outreach and counseling drive.  During one such visit, Sangita was at Sandhya’s house conducting her MUAC (mid-upper arm circumference) measurement. The measurement revealed that Sandhya fell in the category of severe malnourishment. This was alarming not only for Sandhya’s mother, but also for people in the neighborhood.  Sandhya’s mother explained that during her pregnancy with Sandhya, she used to vomit profusely, which didn’t allow her to eat or digest much. She added that when Sandhya was born, she was very thin and weak.  At the time of her birth, Sandhya only weighed 2 kg. Because of her size and frailty, Sandhya was always sick with ailments like a cough, cold, and diarrhea.

After Sandhya reached the age of six months, her complementary feeding didn’t start on time, as elders within the family and in the neighborhood believed Sandhya wouldn’t be able to digest semi-solid or solid food.  In this belief, she wasn’t given any complementary food up to 12 months.  After 12 months, she started to be given biscuits.  In Sandhya’s first growing stages, timely initiation of complementary feeding and adequate quality of nutrition was not administered to her, leaving her severely malnourished.

After studying Sandhya’s case, CNE Sangita Badole started counseling the parents about seeking referral services of the NRC. Sangita explained all the benefits the family and child would receive through an early referral to the NRC. The family was also informed about the wage loss compensation they would be entitled to if they traveled to the NRC.  Sandhya’s mother was unconvinced and believed that if she would go and stay at the NRC, three of her children would be left at home unattended. But Sandhya could not be left untreated; because of the severity of her condition, the young girl would die without treatment. Since Sandhya’s mother would not go to the NRC, Sangita started counseling the family on introducing complementary feeding in the right quantities at the right intervals.  Sandhya’s fight against malnutrition started at home with the introduction of solid and semi solid nutritious food with lots of green and leafy vegetables, pulses, etc.  The family also received special counseling on hygiene and sanitation, especially hand-washing before eating, preparing food, and after defecation.

As a result of the special care and support that Sandhya started receiving at home, both the family and CNE Sangita Badole witnessed Sandhya improve. More than anyone else, Sandhya’s mother was very happy to see Sandhya transform in both physical and mental terms. The RMF CNE’s level of commitment and regular, sincere counseling efforts were able to ensure that Sandhya became a healthy, well-nourished child.