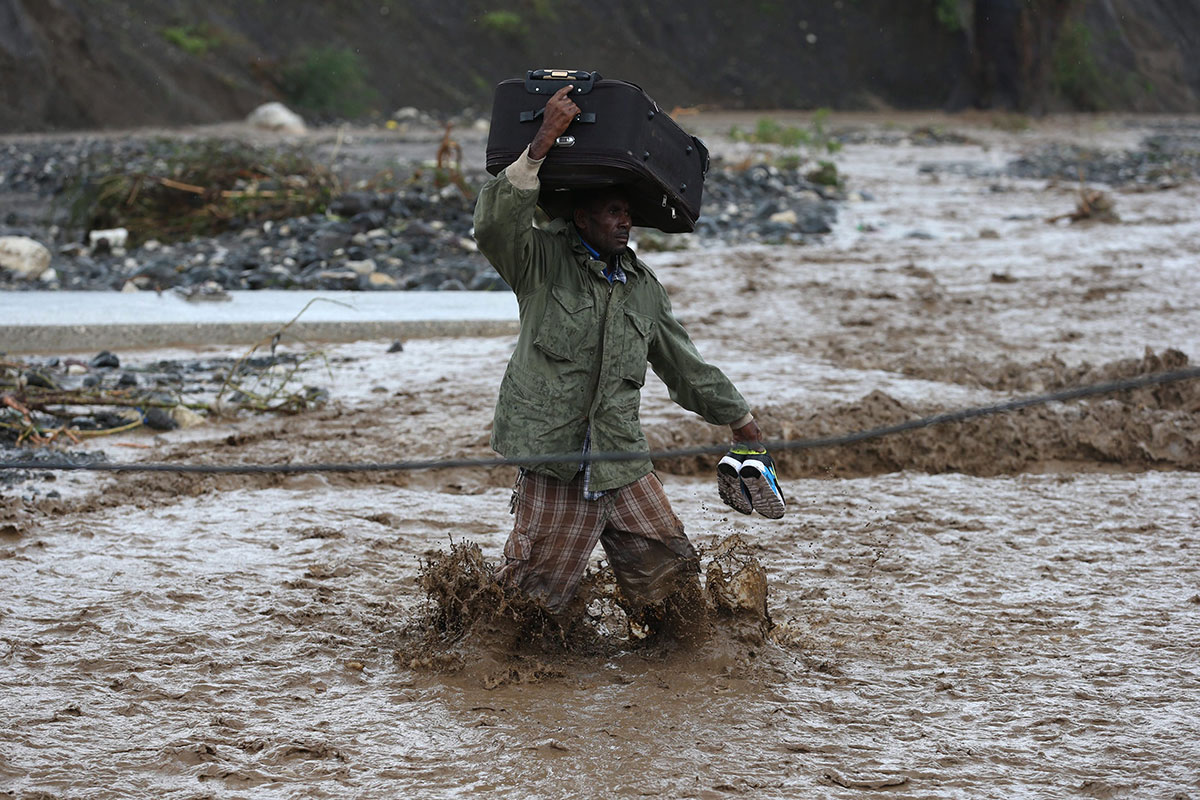 The death toll in Haiti as a result of Hurricane Matthew – the most powerful Caribbean storm in a decade – has soared to more than 400, officials say. Some 50 people were reported killed in the town of Roche-a-Bateau alone. The nearby city of Jeremie saw 80% of its buildings levelled. In Sud province 30,000 homes were destroyed. Senator Herve Fourcand from southern Haiti told AFP news agency that at least 400 people had died. Reuters news agency put the death toll at 478, quoting Haitian officials, but this has not been independently confirmed. Mr Veloso told the BBC some aid had been brought into the country's south-western peninsula, where many of the deaths were reported, but the region remained largely cut off with access only possible by helicopter or sea. Most of the deaths in Haiti were in towns and fishing villages around the southern coast, with many killed by falling trees, flying debris and swollen rivers. The storm passed directly through the Tiburon peninsula, driving the sea inland and flattening homes with winds of up to 230km/h (145mph) and torrential rain on Monday and Tuesday. Les Cayes resident Jean Joseph described the scene in his town – one of the worst-hit – as "complete devastation".

RMF’s team in Haiti reports that it could take up to four or five days to get a clearer picture of the impact and death toll.