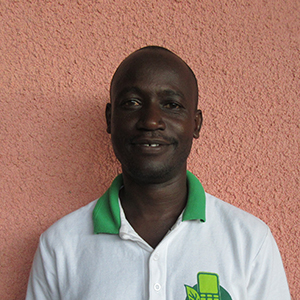 Cephas holds a bachelor’s degree in environmental studies and geography from Makerere University, received in 2001. His other professional qualifications include a Certificate in HIV/AIDS Counseling from the AIDS Information Centre, as well as a Certificate in Policy Research Analysis and Advocacy. Before joining RMF’s team, Cephas worked as a compliance officer with Uganda National Farmers Federation and as an advocacy officer at Bugiri District Farmers Association.

Cephas first joined RMF’s team as an HIV/AIDS Counselor in Bidibidi Refugee Settlement, Yumbe District. Based on his high level of work and commitment, he was promoted to Program Officer, Kiryandongo Refugee Settlement in December 2017. Cephas is very passionate about world politics and refugee-related issues.