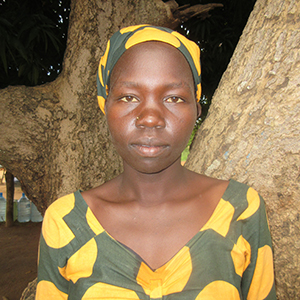 Zulika Bako is an RMF Sanitary Officer working in Bidibidi Refugee Settlement. She completed her primary education at Achilak Primary School in 2007 and completed her secondary education at Kuru Secondary School in 2011. Due to financial challenges, Zulika was not able to continue with further education, and began seeking employment. She worked as a market fee collector and later worked with Medical Teams International (MTI) as a cleaner. She joined RMF’s team in 2017 when MTI operations ceased in Bidibidi Refugee Settlement.

Zulkia enjoys watching sports and playing netball. She is fluent in Madi, Lugbara, English, and Kiswahili.