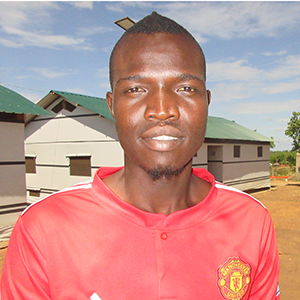 Tony Isaac attended Christ the King Primary School in Central Equatoria State, South Sudan and then completed his Ordinary Level studies at Nile High School in 2010. He attended Yei Vocational Training College for a course in driving and mechanics, which he completed in 2012. Before fleeing to Uganda due to the insecurity in South Sudan, Tony worked as a driver for public commuter taxis in South Sudan. As a refugee, Tony was chosen by Médecins Sans Frontières (MSF) to work on a Village Health Team (VHT), and he is now employed as an RMF Interpreter.

Tony is working at Igamara Health Centre III, where he helps interpret languages such as Arabic, Kakwa, Lugbara, and Kiswahili.