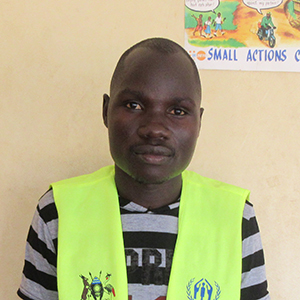 Thomas Ochieng completed his Ordinary Level studies at Blessed Comboni Secondary School in Kigumba Subcounty of Kiryandongo District and attended Gulu School of Nursing and Midwifery in 2012. After completing his training, Thomas began volunteering at Panyadoli Health Centre III under the local government, but he became a close associate of RMF. When Bidibidi Refugee Settlement offered positions for nurses, Thomas was given the opportunity. Thomas is now deployed as an RMF Enrolled Nurse in Yoyo Health Centre III of Zone 3 in Bidibidi Refugee Settlement.

Thomas enjoys nursing, and his ambition is to further his nursing career.