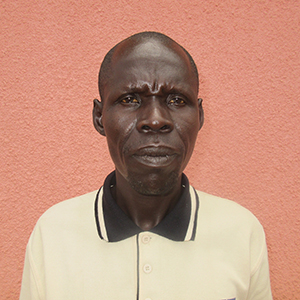 Swali Abdulai Swaleh attended Lomunga Primary School from 1991 to 1997 and then Yumbe Secondary School from 1998 to 2001. After completing his Ordinary Level studies, due to several challenges, Swali could not proceed with further education and began seeking employment. He moved to the city of Kampala and began working as a security guard for private properties. When Bidibidi Refugee Settlement was opened, Swali came back from the city and was hired as an RMF Security Officer.

Swali enjoys gardening at home, raising animals, doing business work, and talking with his children. He is fluent in English, Kiswahili, and Arabic.