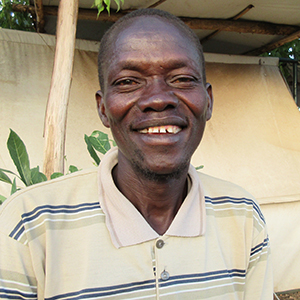 Swaibu Kana completed his primary education at Okuyo Primary School in Yumbe in 1983 and later graduated from King’s Modern College in Yumbe with the class of 2009. He then worked at Abiriamajo Health Centre III as a security guard from 2011 to 2013, where he was able to do security work alongside gardening. In 2016, he joined RMF’s team as a Security Officer in Bidibidi Refugee Settlement.

Swaibu is fluent in Lugbara, Arabic, Swahili, and English.