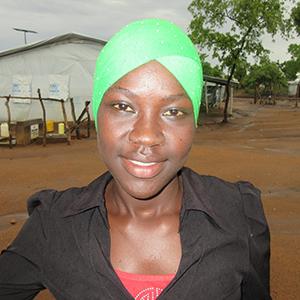 Sifa Zubeir attended Birijako Primary School in Koboko District, after which she attended Aringa Senior Secondary School in Yumbe for her Ordinary Level studies, completed in 2013. She later attended Kuluva School of Nursing and Midwifery in Arua (2014‒2016), where she was awarded a Certificate in Nursing. Prior to joining RMF’s team as an Enrolled Midwife in 2017, Sifa worked at Morobo Clinic in Koboko and Prudent Pharmacy in Koboko.

Sifa enjoys watching and listening to the news, reading medical literature, walking, going on adventures, and interacting with people. She is fluent in English, Kakwa, Arabic, and Lugbara.