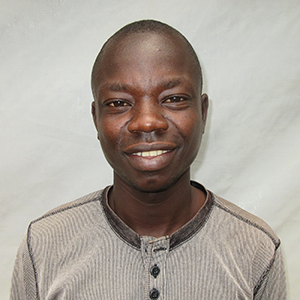 Richard Mubaraka is a refugee from South Sudan, now working as an RMF Interpreter in Bidibidi Refugee Settlement. He attended Nyarilo Primary School and began his Ordinary Level studies in 2013 at Daystar Secondary School, but his education was interrupted by the conflict in South Sudan.