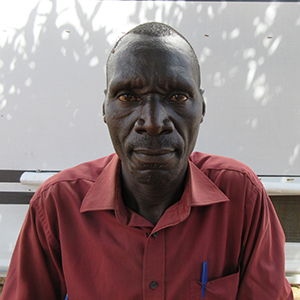 Muhamudu Abasi is a 55-year-old citizen of Uganda and resident of Yumbe District. After completing his basic education, he began working as a gardener to provide for his family. In 2008, he worked as a driller with Neptune Petroleum in Obongi. When the South Sudanese refugee influx began in 2016, Muhamudu secured employment with Médecins Sans Frontières (MSF) as a security guard, and he was retained by Real Medicine Foundation in 2017 when MSF transferred management of Igamara Health Centre III to RMF in Bidibidi Refugee Settlement.

Muhamudu enjoys farming and watching sports. He is fluent in English, Lugbara, Madi, Kakwa, and Kiswahili.