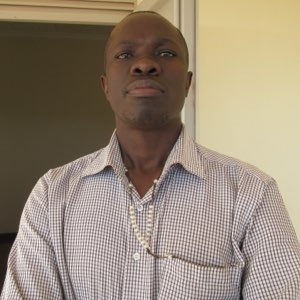 Matthew studied at Siwa Primary School from 1991-1997 and completed the Primary Leaving Examination. He then joined James Ochola Memorial Secondary School for Ordinary Level and Advanced Level studies, which he completed in 2002-2003. Matthew accepted his first employment with Hotel African in the food and beverage department, working as a service staff member until 2010. During his tenure with Hotel African, he joined the hotel football club (American soccer) as a player. When his tenure expired, Matthew worked at Rockside Primary School as a security guard, and then joined RMF’s team.

Matthew likes listening to news on the radio and TV. He loves football (American soccer) and is a fan of the Chelsea Football Club.