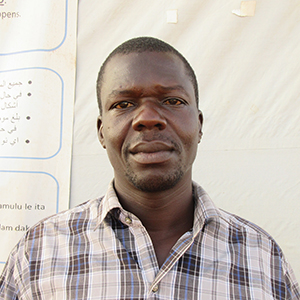 Kassim Bakole received a Diploma in Catering and Hotel Management as well as a Certificate in Foot Reflexology from Sure Prospect Institute in 2009. Before joining RMF’s team, Kassim began working as the assistant chef at the Entebbe Flight Motel in 2008 and as a receptionist at The Sanctum in 2009. Kassim has been an RMF Nutrition Feeding Assistant in Bidibidi Refugee Settlement since December 2016. “Serving children in the ITC as a feeding assistant is energizing,” he says.

Kassim enjoys reading and cooking, and he is fluent in English, Luganda, Kiswahili, Lugbara, and Runyakitara.