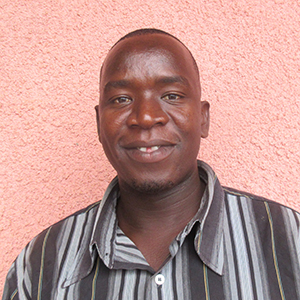 James Mike Ocuna is a 30-year-old Ugandan national. He obtained his Uganda Certificate of Education from Unity College Lira. He then completed a plumbing course, obtaining a Certificate in Plumbing in 2009, and also received a Certificate in Elementary Mechanics and Driving from the same institution in 2011.

Before joining RMF’s team, James worked as a driver with Town Oil in Lira (2012–2013) and Hardman Resources Limited (2014–2015). He later worked with Medical Teams International (MTI) and joined RMF’s team in June 2017 when MTI operations ceased in Bidibidi Refugee Settlement.

James is proud of his 8 years of driving experience and grateful to be serving vulnerable people in Bidibidi Refugee Settlement with Real Medicine Foundation.