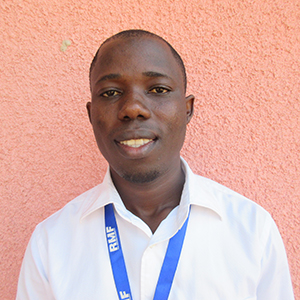 Ismael holds a Bachelor of Information Technology from the Islamic University in Uganda and a CCNA certificate, both obtained in 2014. He has additional, certificate level training in Microsoft Office from Kings Class Computer Centre in Kampala. After completing his studies, Ismael took his first IT employment as head of the IT department at Kibibi Muslim Secondary School. He also worked as an IT support officer for the Resident City Commissioner’s office in Kampala and as a storekeeper at Speke Resort and Commonwealth Store.

Ismael also successfully worked as a polling assistant in charge of Ngando Sub-county during the 2011 presidential, parliamentary, and local council elections. His honors and awards include certificates of appreciation from Faculty of Science Department, Islamic University in Uganda for exceptional service as IT class coordinator for 2011–2014 and a certificate as a member of the Parliament Guild Government, Islamic University in Uganda.

In October 2016, Ismael joined RMF’s team as a Data Clerk in Bidibidi Refugee Settlement. Because of his expertise in IT, he was promoted to the position of Data Manager and eventually to the position of Senior Data Manager as the settlement population kept growing. Ismael is responsible for consolidating all morbidity reports from all health centers in Bidibidi Refugee Settlement. It is his responsibility to ensure both Health Management Information Systems (HMIS) and Health Information Systems (HIS) reports are accurate and compliant with the standards.