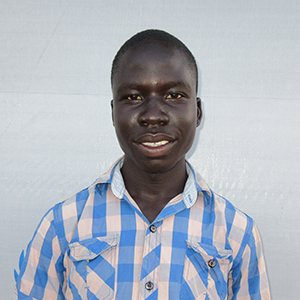 Gideon holds a Certificate in Medical Laboratory Techniques from the St. Francis School of Health Sciences in Mukono, received in 2016. He completed primary school at Perechi Primary School and then attended Monsignor Baga Secondary School for both Ordinary and Advanced Level studies.