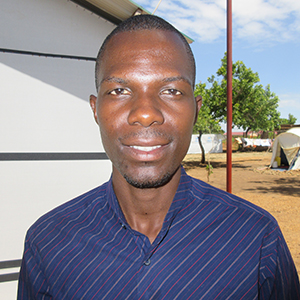 Geoffrey Mutebia is an RMF Clinical Officer. He holds a Diploma in Clinical Medicine and Community Health, which he received from Mbale School of Clinical Officers in 2012. Previously, he completed his Ordinary Level studies at Budini Secondary School in 2006 and Advanced Level at Kiira College Butiki in 2008. Before joining RMF’s team, Geoffrey began his employment as a clinical officer at Mukwaya General Hospital for two years, after which he joined THETA Uganda, where he served for another two years.