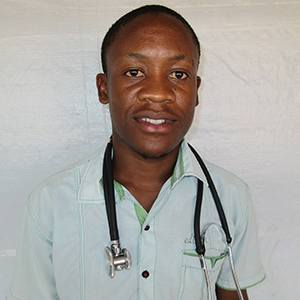 Geoffrey is a Clinical Officer with RMF’s team in Bidibidi Refugee Settlement. He completed his Ordinary Level studies at Kilembe Secondary School and his Advanced Level studies at Mengo Senior School. He then joined Mbale School of Clinical Officers and obtained a Diploma in Clinical Medicine and Community Health in 2010. Geoffrey started his career as a clinician at Ishaka Adventist Hospital, where he served as supervisor of the HIV/AIDS clinic. He worked in this capacity until August 2016, when he joined RMF’s team.

Geoffrey loves human medicine, and his ambition is to study internal medicine. In addition to English, he speaks Lukonzo, Runyakitara, Luganda, and Kiswahili.