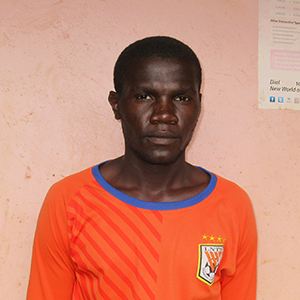 Francis obtained his Uganda Advanced Certificate of Education (UACE) from Kisasi Muslim Secondary School in 2012, but he could not proceed to his third level of education due to financial challenges after losing both parents. From school, Francis was aware of his exceptional skills in sports. While he earned a living elsewhere, every evening he would go to Buwate Sports Academy and help the coach during training. Because of Francis’s dedication, he was made a volunteer coach to be rewarded with transport incentives. This kept his morale up until 2017, when he joined RMF’s team as an Assistant Coach. Francis holds a Certificate in Coaching Soccer, awarded by Coaches Across Continents.