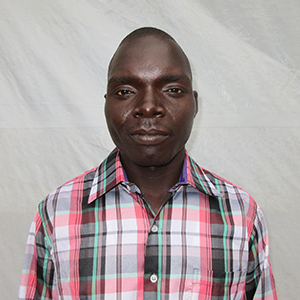 Francis Aluma is an RMF Sanitary Officer in Bidibidi Refugee Settlement. He completed his primary education at Pakayo Primary School in Yumbe in 2004 and his Ordinary Level at Odravu Senior Secondary School in 2008. Due to financial challenges, Francis was unable to proceed to his Advanced Level studies, and he began seeking employment. He secured a volunteer position with Ambelechu Health Centre II in Yumbe as a security guard from 2011 to 2012. In his free time, Francis worked as a farmer to earn his living. In September 2016, he joined RMF’s team.