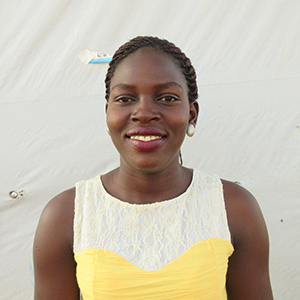 Farida Okumale is an RMF Laboratory Assistant. She attended Arua Islamic Primary School and then completed her Ordinary Level studies at Aringa Secondary School in 2012. She went on to join St. Denison Health Training School, Luwero, where she obtained her Certificate in Medical Laboratory Techniques in 2015.