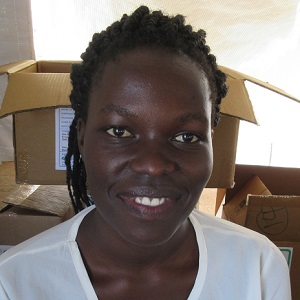 Esther holds a Certificate in Comprehensive Nursing from the Lira School of Comprehensive Nursing. She worked as a nursing trainee in Lira Regional Referral Hospital from 2012 to 2015. After completing her internship, Esther took on a volunteering job with Joint Medical Store, Arua branch until August 2016 when she joined RMF’s team. Esther is deployed in Bidibidi Refugee Settlement, where she is attending to the health concerns of refugees.