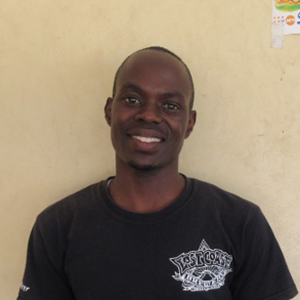 Elisha holds a Bachelor of Public Administration and Management (BPAM) from Uganda Christian University, received in 2015. He completed both his Uganda Certificate of Education and Uganda Advanced Certificate of Education at Rukungiri Central Senior Secondary School. Before joining RMF’s team, Elisha volunteered with Nyakishenyi Subcounty as part of the team in charge of collecting taxes and monitoring schools and other subcounty businesses. He then worked with Bamulex Universal Investment Ltd. as an accountant. In August 2016, he joined the Office of the Prime Minister as a verification officer in various refugee settlements. He began working with RMF in January 2017 as a Data Clerk in Bidibidi Refugee Settlement.

Elisha is a highly motivated, confident, and friendly person. In addition to English, he speaks Runyakitara and Luganda.