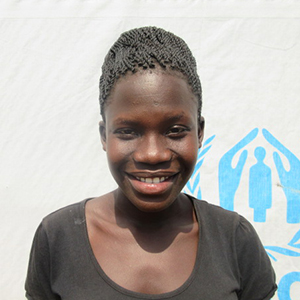 Doreen is a Midwife with RMF’s team in Bidibidi Refugee Settlement and holds a Certificate in Midwifery from the Kuvula School of Nursing and Midwifery. She completed her Ordinary Level studies at Maracha Domestic Science Institute, which gave her the education required to enter nursing school. After completing her training in nursing, Doreen took on a volunteer position as a midwife at Kuluva Hospital for six months and later joined Bondo Health Centre III and Omugo Health Centre IV. In October 2016, she joined RMF’s team.

Doreen loves humanitarian work and enjoys participating in community health outreaches. She likes singing, and she is a member of the choir in her church. She speaks Lugbara, Aringa, Kakwa, and English.