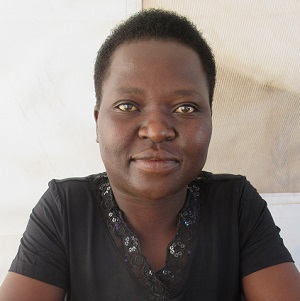 Doreen holds a Bachelor of Education from Makerere University and a Certificate in HIV/AIDS Counseling from The AIDS Support Organization (TASO). Doreen first worked with TASO Uganda as an HIV/AIDS counselor, offering comprehensive psychological support. She later worked for the Minister of Finance, Planning, and Economic Development as a data capture officer. After completing her tenure, she joined IPA (Innovations for Poverty Action) offering financial counseling for people living with HIV. Doreen has also worked as an active classroom teacher in both secondary and primary schools in Uganda. As an RMF HIV/AIDS Counselor, Doreen is part of the team providing HIV/AIDS services to refugees living in Bidibidi Refugee Settlement and the host population.

Doreen is a friendly person and speaks both Bantu and Nilotic languages, including Kiswahili and East African languages.