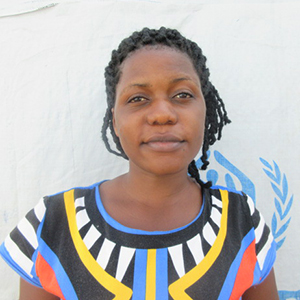 Dezi is an Enrolled Nurse with RMF’s team in Bidibidi Refugee Settlement. She attended Ndeeba Secondary School for her Ordinary Level studies, Namagabi Senior Secondary School for Advanced Level studies, and Mengo School of Nursing and Midwifery for a Certificate in Nursing, which she obtained in 2015. Dezi started volunteering with RMF in Kiryandongo Refugee Settlement, until October 2016, when she was offered full employment.