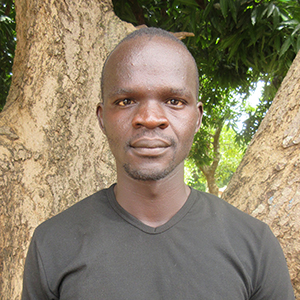 Christopher is an RMF Clinical Officer working in Bidibidi Refugee Settlement. He attended Ambekua Primary School, the St. Joseph’s College Ombaci for his Ordinary Level studies, and Kalinabiri Secondary School for Advanced Level. He holds a Diploma in Clinical Medicine and Community Health, obtained in 2014 from Mbale School of Clinical Officers. Christopher worked as a clinician with Pioneer Medical Services as a facility supervisor until 2016, when he joined RMF’s team. He is now in charge of Bidibidi Health Centre III.

Christopher has participated in additional training, such as the long-term method of family planning with PACE (The Program for Accessible Health Communication and Education) and integrated management of neonatal and child illness, organized by the Ministry of Health.

Christopher enjoys soccer and watching movies, and he speaks a number of languages, including Lugbara, Arabic, and Madi.