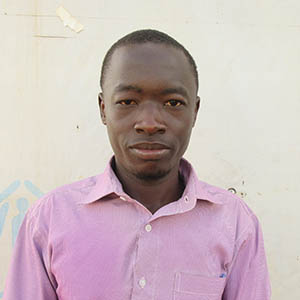 Bernard is a 35-year-old Ugandan national and a Musoga by tribe. After attending Bubugo Primary School and Jinja Senior Secondary School, Bernard joined the Jinja School of Nursing and Midwifery, receiving his Diploma in Nursing in 2015, as well as his practicing license. His work experience began that same year, when he served as an operating theatre staff member at the Nile Clinic in Jinja for a year and a half. Bernard also worked with STAR-EC as a data analyst in a program for the prevention of mother-to-child transmission of HIV/AIDS.

Bernard is now working as an RMF Nursing Officer at Bidibidi Reception Health Centre III and feels privileged to have this opportunity to further his career.