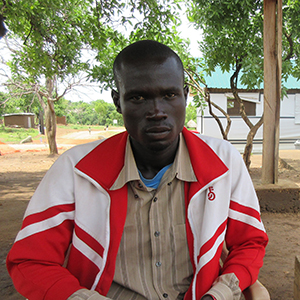 Bakole Mansuru attended Oluba Primary School in Yumbe District and then Polytechnic College Nyoko in Yumbe, where he obtained a Certificate in Carpentry in 2008. He began working with RMF in 2017 at Igamara Health Centre III as Security Officer.

During his free time, Bakole enjoys music, playing volleyball and soccer, and participating in athletics. He is fluent in English and Lugbara.