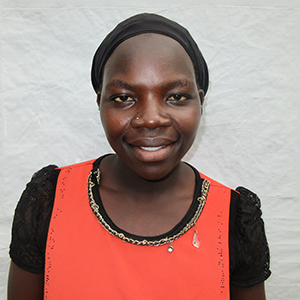 Asia Candiru attended Oli Primary School in Arua and Nile High Secondary School in Arua. She completed her Ordinary Level studies in 2015 and attended Nile Farm Institute in Arua for training in agriculture. Unfortunately, she was unable to complete the course due to financial challenges. She then enrolled for hands-on training in computer skills, which she completed in April 2016. Before joining RMF’s team, Asia worked with Malaika Enterprise in Arua, baking and selling bread and biscuits. In early 2017, she secured employment as an RMF Interpreter serving in Bidibidi Refugee Settlement.

Asia enjoys watching television, having fun, and reciting the Quran. She is fluent in Lugbara, Madi, Arabic, English, and Kiswahili.