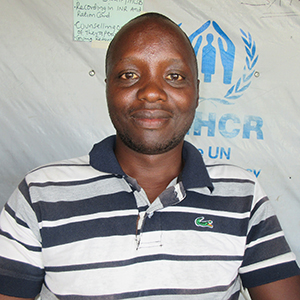 Arthurson Tusabe attended Nyabugando Primary School in Kasese District and went on to complete his Ordinary Level studies at Kuruhe High School in 2002. He later attended St. Francis Nsambya Hospital Training School, where he obtained a Certificate in Laboratory Technology in 2007. Prior to joining RMF’s team, Arthurson’s work experience includes the following: From 2007 to 2008 he volunteered as a laboratory assistant in Bwera Hospital; from 2008 to 2010 he served as a laboratory assistant with Action Africa Help in Kyangwali Refugee Settlement, Hoima District; and in 2012 he worked with Alcomed Specialist Diagnostic Service in Kasese District. In December 2016, Arthurson secured employment with RMF in Bidibidi Refugee Settlement, and he is deployed at Bangatuti Health Centre III as a Laboratory Assistant.