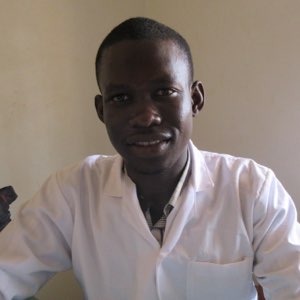 Anthony Nadongha is an RMF Clinical Officer in Kiryandongo Refugee Settlement, and is based at the Panyadoli Health Centre III. After completing his secondary education, Anthony joined Mbale School of Clinical Officers to pursue a Diploma in Clinical Medicine and Community Health, which he successfully completed in June 2015. While earning his diploma, Anthony served as Vice Chairperson of the Bagwere-Engro Medical Students’ Association, and having served honorably, he was elected as Chairperson during his 3rd year. He also served as a 3rd year class representative to the Guild Council, where he served as Minister of Residence and Internal Affairs and a member of the disciplinary committee. After graduating, Anthony accepted his first employment with Holy Trinity Medical Services in Kakiri, a private medical center where he served as a clinical officer. This position enabled him to master his leadership, management, and business skills.

Anthony loves and plays football (American soccer), and he is a fan of Manchester United. Anthony speaks English, Luganda, Lugwere, and Lusoga.