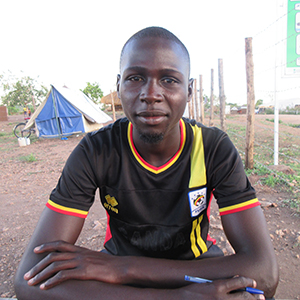 Angufi Abudu completed his primary education at Kotido Army Primary School and his Ordinary Level studies at Yumbe Town View College; however, he took his final examinations at Limidia High School. He proceeded to St. Joseph’s College Ombaci for his Advanced Level, after which he attended Arua School of Comprehensive Nursing and Midwifery for a Certificate in Comprehensive Nursing. After completing his nursing training, Angufi was employed by Yumbe Health Centre III, where he served until June 2017, when he joined RMF’s team in Bidibidi Refugee Settlement as an Enrolled Nurse.

Angufi enjoys soccer, reading novels and newspapers, and traveling to new places. He is fluent in Lugbara, Luo, Ngakarimojong, and Kiswahili.